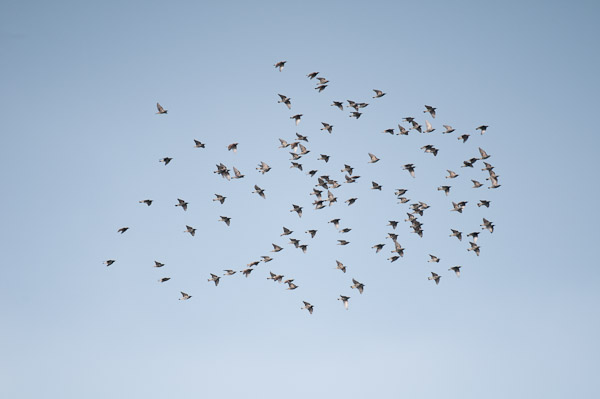 I had one of my day courses last weekend at the WWT National Wetlands Centre Wales and even though it seemed quite quiet on the day with mixed lighting conditions, looking back at the results I’m quite please with the variety of the images I made and that some are different from the norm. I had quite a serious think after Wildphotos 2010 of the direction I wanted to go with my images. I think this is my first attempt to start that journey. 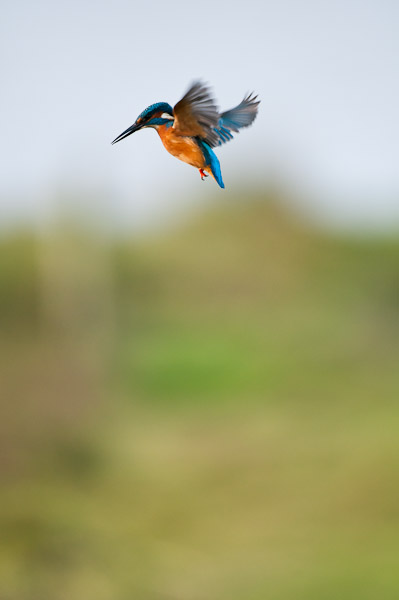 The Kingfisher was hanging around the no fishing sign as usual, but due to the wind breaking up the surface of the water it started to hover about 8ft above the water, before diving in to catch fish. I missed this behaviour the first time it happened, and only just managed it with the photo above. Thank goodness for a high frames per second rate! I managed a series of nine photos before it dived, unfortunately I didn’t get the dive image. 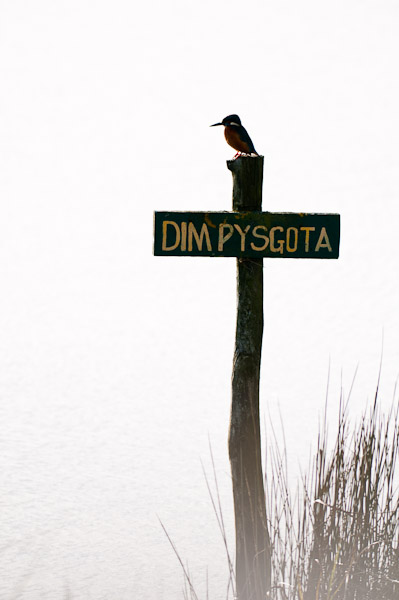 This is the same Kingfisher as before but in the afternoon. Shooting directly into the light has created the high contract and monochromatic look. Normally I wouldn’t have bothered trying an image, but with digital I had nothing to loose. The slightly misty look is due to the out of focus hide window frame getting in the way. I like the effect it has given so I left it in. The frames without it work well as well, but lack a bit of mood. 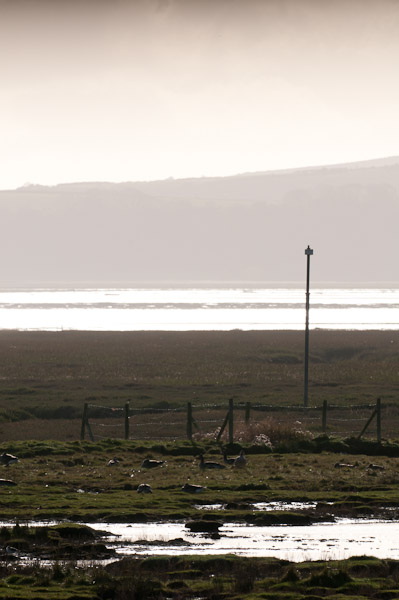 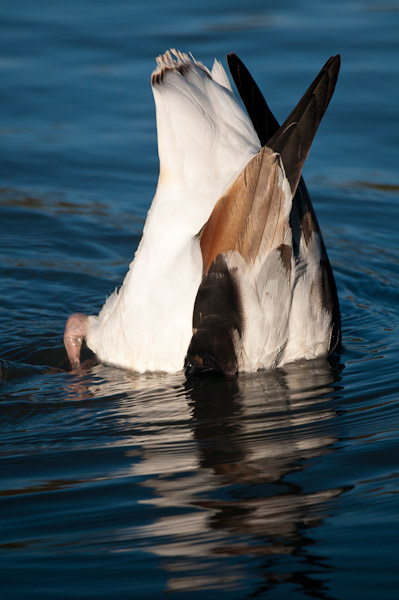 The final two images are some I took while waiting for other things to happen. Both were taken with my 800mm lens and show that even if you are stuck with one lens, you can still get variation in your subject matter.