3 Days on Gower at its best and worse 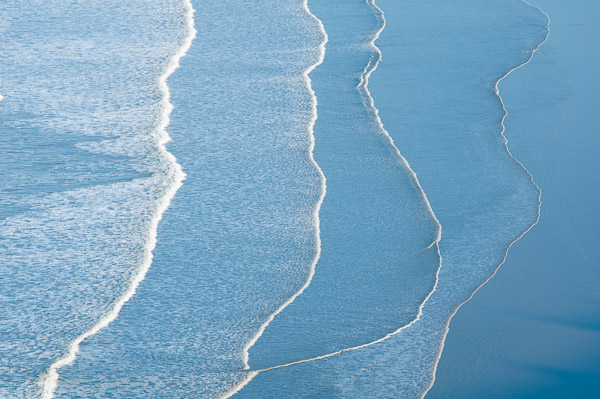 It was a real mixed bag of weather for my 3 Day Coastal Gower workshop. Friday, the first day was a complete washout due to the low cloud, misty or heavy rain and lack of any decent light. We used the time scouting locations for the other days which had better weather forecast. We ran through the use of maps and a sun position compass, plus sized up a few potential compositions. 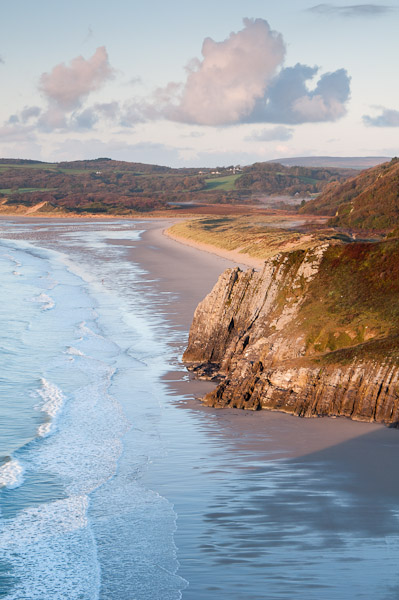 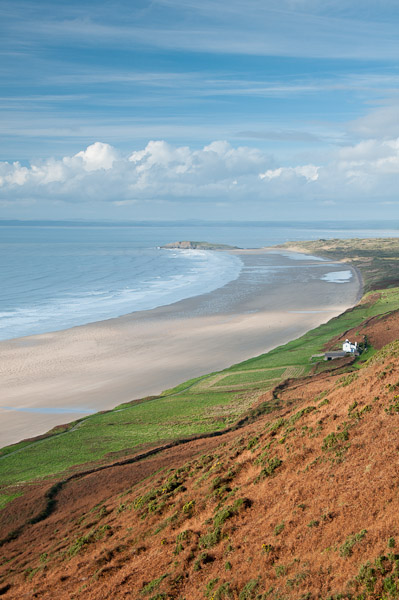 Our first sunrise on Saturday, was foiled slightly by a layer of cloud on the horizon but as the sun rose the lighting over Oxwich Bay improved allowing a few images to be made from Great Tor back towards Nicholaston Burrows. After a pit stop for Breakfast, we then climbed Rhossili Downs to enjoy a great view over Gower. The weather had changed to mixed sunshine and showers, which continued for the rest of the afternoon. 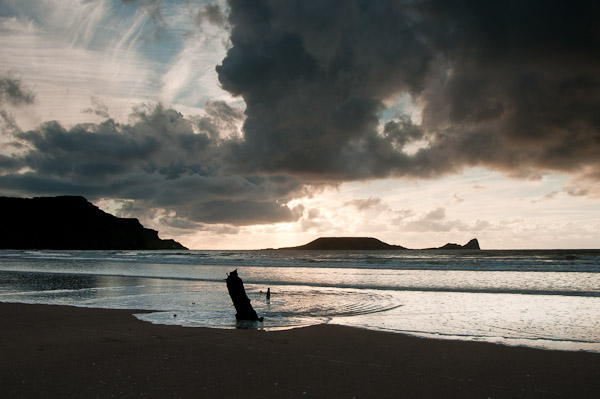 Initially it looked like the sunset over Worms Head would be a total failure due to a rainstorm that appeared just as the tide started to reach the Helvetia wreck. We braved the heavy rain and hail stones as everybody else apart from a few surfers cleared from the beach. Our persistence was rewarded with a messy but spectacular sunset and cloud display over?Worms Head. 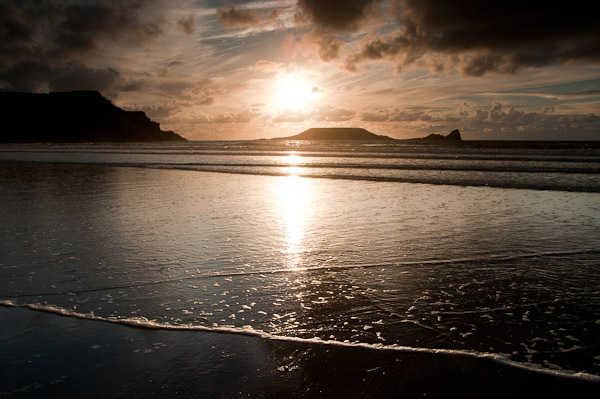 As the sun dropped??below the clouds the contrast in the scene increased dramatically, giving really dramatic but awkward conditions. Flare and exposure were causing problems and needing constant attention and alteration. 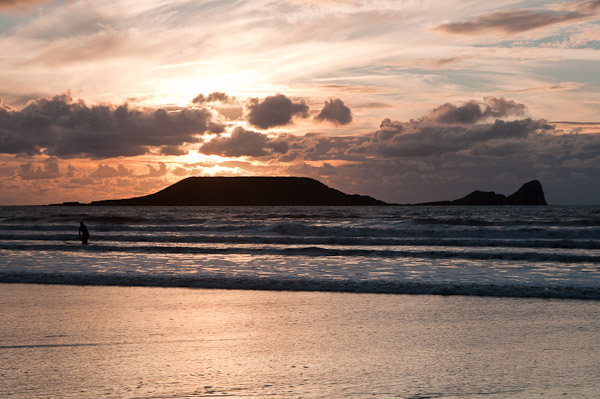 The colours we had hopped for never really appeared as the cloud on the horizon seemed to stifle any further opportunity for the sun to give some great colours. A few surfers were still about which allowed some images to be made with a sense of scale to them, plus adding? extra interest to the scene. 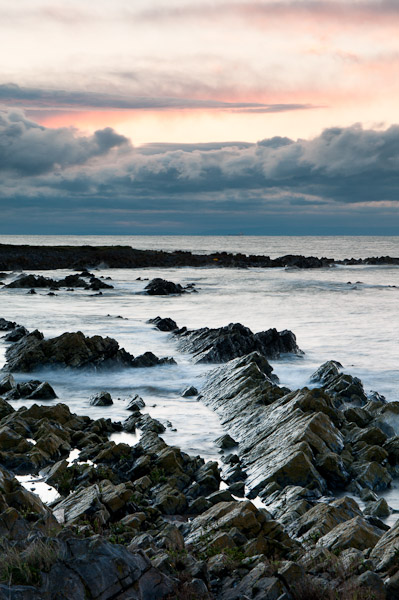 Sunday started at Port Eynon, but once again clouds on the horizon stopped any decent sunrise. As the clouds cleared after breakfast we wondered around Mewslade Bay managing a few blue sky images of the bay, but we found the lighting quite limiting to a few views. Due to the early starts we decided to have a lazy afternoon, so relaxed in the Bistro and wondering around the National Trust shop critiquing all the images on display, trying to work out why we liked some more than others. Another sunset session was planned, so after a leisurely stroll down to the fields near the rectory and setting up in our desired position, we waited for? the sun to descend. Typically the cloud and sea mist rolled in and the sun disappeared with no further chance of? a sunset. Time for home!