A Day on Gower – no plan, just roaming 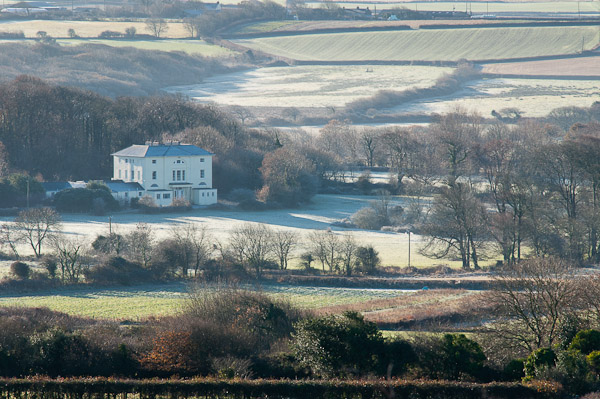 Last Sunday I had a free day and decided to just have a wonder around Gower to see what was going on. This usually is a totally useless way to make photographs, but as the weather forecasts on the web were for fog all day I hadn’t made specific plans. As it happens the sunrise was excellent and the weather forecasters were wrong! A little bit of morning mist was around still when I got out and about and drove through Reynoldston. The mist flattens the contrast in an image and gives it pastel-like colours. Stout Hall caught my eye and even though not a prize winning photo , it was worth an attempt. I always feel that Stout Hall would make a great?boutique country hotel similar to Fairy Hill. I’m not sure what it is used for now, but I believe it was an outdoor education centre for some of the London boroughs. 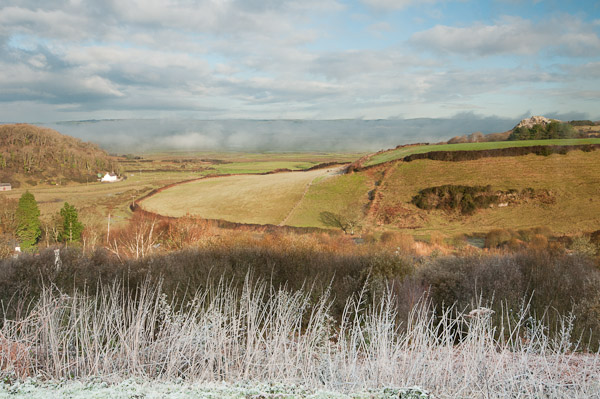 I moved on towards Llanmadoc and as I approached from Burry Green, the view of the marsh opens up before you as you drive down the hill into Llanmadoc. At this point I discovered that I had left my 24 – 120mm zoom in another bag at home, so I was stuck with an extreme wideangle or telephoto zoom, neither of which framed the image quite as I wanted it. Even using the human zoom of walking backwards and forwards didn’t help much either. I?chose the slightly unsettling view above. It looks like a montage constructed in Photoshop, but it is one frame. The sun was hidden from the side of the hill down into Llanmadoc and as a result it was still very frosty. The marsh had been in sun for a while and the frost had cleared, but mist was still blowing over the estuary beyond it, blocking out Llanelli and Burry Port. 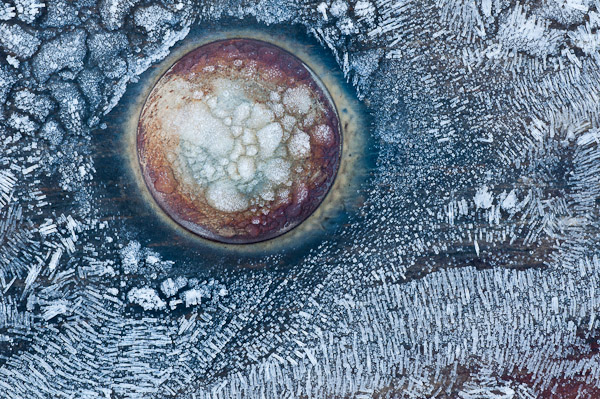 The community council has placed a bench at a view point on the roadside before entering Llanmadoc, so after taking the wider view, I got engrossed taking some close up images of the frost on the bench. It was amazing how the patterns in the frost changed in character in such a small area. The image above shows one of the brass rivets used to secure the wooden planks of the seat to the frame. I think it provides a contrast to the ?jagged edges of the frost. I will post a few more of the images in another post. 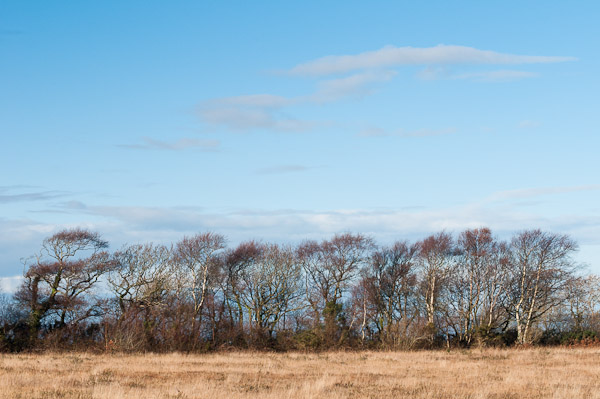 As it was Sunday and my brain wasn’t really switched on, I hadn’t made any plans for lunch so I decided to head home via Welsh Moor. Welsh Moor always reminds me of an African savanna when a blue sky is visible. This impression was boosted with a fox trotting through the grass, looking just like a Black backed Jackal in Africa. No picture of this I’m afraid as I only saw it as I started to drive away. Anyway I had a pleasant surprise when I got home to find?a Sparrowhawk having it’s lunch on my garden hedge. 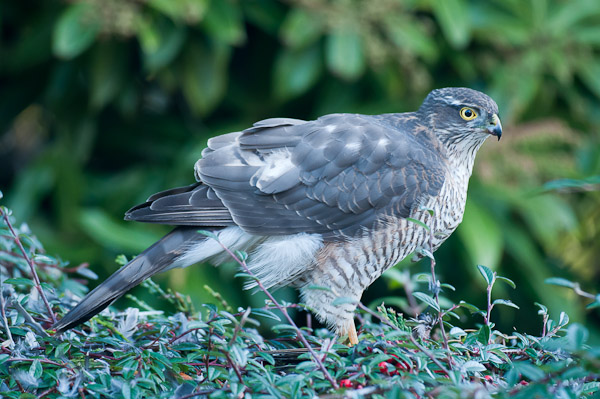 By the time I saw the Sparrowhawk, it had plucked and eaten most of its prey. From what I could see it looked as if it had caught a Starling. There are quite a few of these eating me out of house and home at the momet.?A small flock of about 20 birds is coming regularly to the garden. It was only because the garden appeared very quiet when I arrived that I looked around the garden and saw the Sparrowhawk eating away. The Sparrowhawk has caught a few Blackbirds and Pigeons in the past but usually when I didn’t have a camera to hand.? After it had flown off and I had my lunch, it was off the Broughton Burrows for a sunset as the sky was looking quite promising. 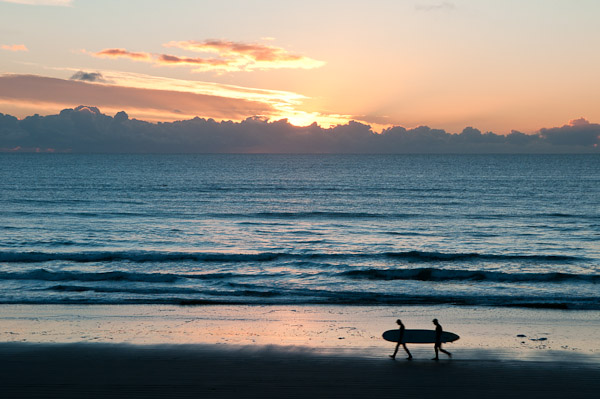 Typically some cloud had settled on the horizon, so the sunset would be subdued slightly but as there was a clear sky above it some colour would be visible for quite a while after sunset. Surfers were at the Burry Holm end of the beach as well as at Llangennith, so I managed a few frames as they walked past? on their way home. I attempted a few views of the waves and will post more of these later as I was quite pleased with the results.

Overall not a bad day since none of it had been planned. It would be nice if a planned day went as well as this more often!