No time for the flu – snow is here! 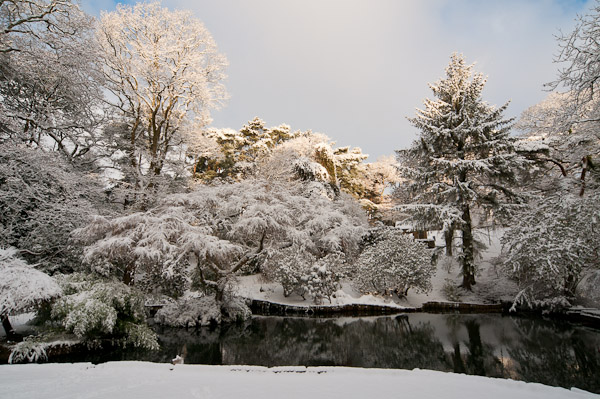 Having been suffering from the flu for a few days, it was lucky that the snow arrived just as I was coming out of it. So apart from a few coughs and sneezes I went out to enjoy the snow. Winter is my favourite time of year and I always find it a very productive time for me – snow or no snow. 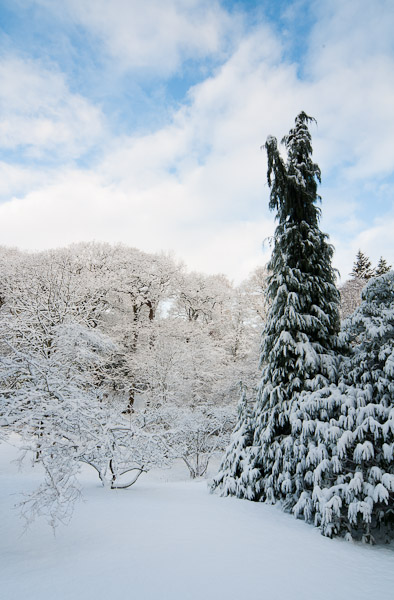 Being not to far from Clyne Gardens makes it one of my points to go when it snows. I am slowly developing a collection of images of Clyne Gardens throughout the year and seasons. I am hoping to get these put together into a book someday. I managed to get into the park before?there were too many?foot prints in the snow, but early risers had managed to walk a few paths before I got there. 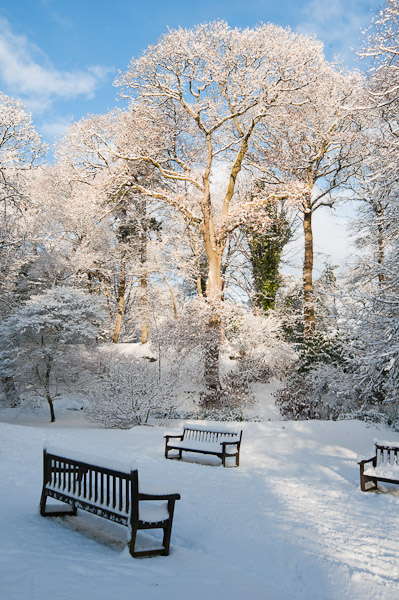 I left Clyne after posting my Christmas cards in the Post Office at Blackpill (I hope they arrive!) and crossed over the road to have a look at the snow in Swansea Bay and on Mumbles. Footprints were every where, but proved useful in getting some leading lines into the images. The weather conditions were changing quite quickly with clear sun, clouds and more snow showers all coming through in a few minutes. 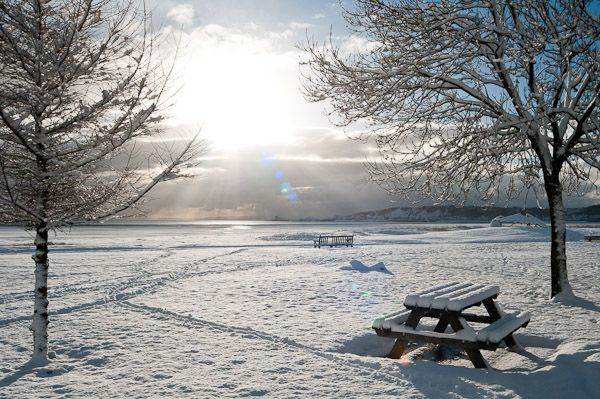 I don’t know what it is but people always seem to approach me with questions about photography where ever I am in the world. I’ve got questions up the top of a hill in Nepal, in a vehicle in Namibia and leaning out of a boat in Seattle. Now it has happened in the middle of a snow shower in Swansea Bay. Going by the conversation I think photography has got another convert to join its ranks. Snow and a mobile phone had started a new interest in photography for him, he had some nice pictures as well to show for it! 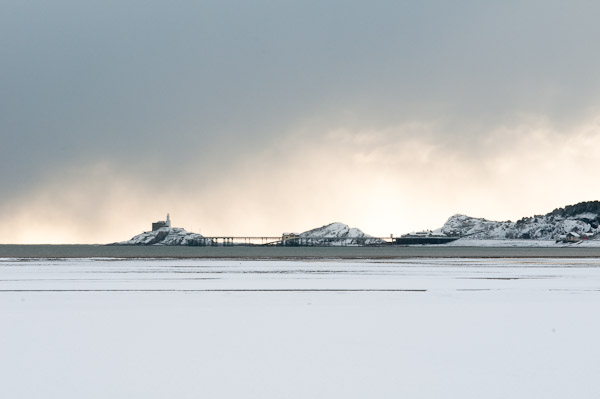 With the light conditions changing quite frequently it was possible to get quite a few different looks in the images in a short space of time. Flat lighting with low cloud gave a very minimalist feel to my images of Mumbles. The snow on the beach appeared as a featureless block which balanced the featureless cloud above. All the detail in the image is in the middle with some colour there as well. I made a few images and if time permits?I will stitch a few together for a panoramic image. 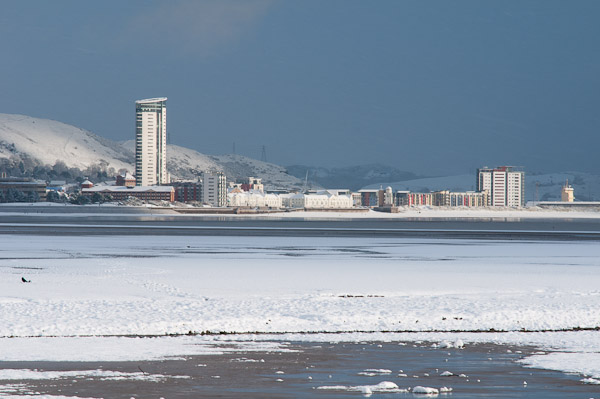 As the cloud broke up it produced more dramatic lighting that started to spotlight parts of Swansea marina. This was helped by the very dark cloud in the background. A classic example of light introducing contrast into an image?through colour contrasts as well as exposure contrasts. Exposing to maintain detail in the highlights will darken the shadows as well, especially if the range of contrast is higher than the sensor can deal with.