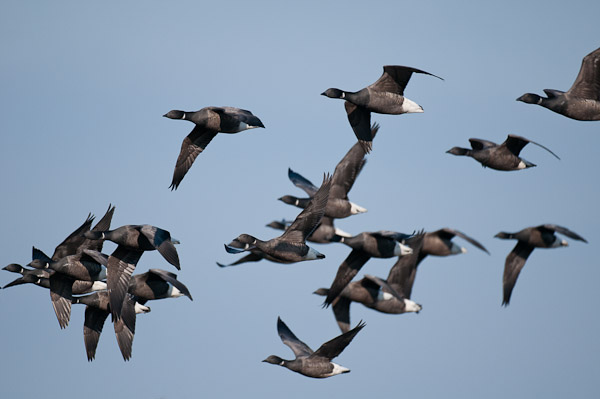 The plan had been to get to Salthouse Point at Crofty for some photographs of the wildfowl in the estuary as the tide pushed them closer to my location. The weather forecast was perfect with good weather and tide times. I settled into position a few hours before high tide so the birds would get used to my presence and over time not see me as a threat. Using this technique usually means that you don’t need a hide. As long as you don’t do sudden movements and blend into the background fairly well, most birds will come quite close.

Everything was going well until two fishermen arrived. As an occasional and bad fisherman myself, I have nothing against this. What I do object to is that they knew I was set up for some photography, so they decide to set up their fishing rigs right in front of where I was and so ensuring no birds would come anywhere near me. There were plenty of other places at the point they could have stood and still fished without affecting me. I relocated my position, but no birds came that close to make photographing them worth while. I did contemplate mass murder, but realised that as the tide was coming in the bodies would have been washed up in Penclawdd and not taken out to sea! It didn’t help that despite wearing excellent winter clothes I had started to loose feeling in my hands and toes due to sitting still for hours in the shadows and out of the sun.

I should have known it wasn’t going to be my day as when I was walking onto the point, a reed bunting perched really well 3 foot in front of me. Of course I hadn’t unpacked my camera plus my lens couldn’t have focused that closely anyway. 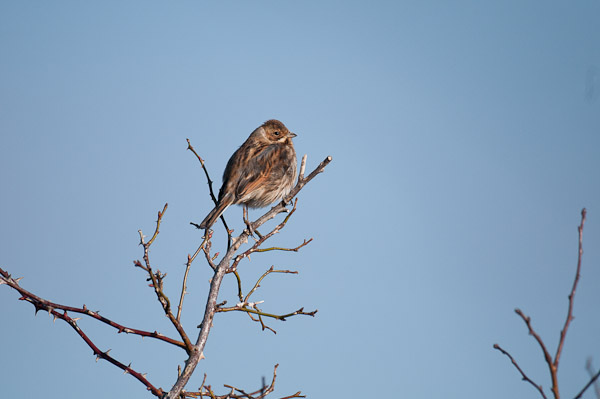 I decided to stand in the sun to warm up and in about 30 minutes of standing there I had more photo opportunities than the previous 4 hours. The Brent geese were flying over quite regularly as the relocated out of the estuary to the marsh at Crofty. They would pass directly over me, only a few feet away?without any signs of alarm. Earlier I had seen a flock of reed buntings in one of the bushes on the point , but decided not to photograph them as I could “get them later”. Big mistake! Only one was left when I went back, but he did pose well for a minute or so.