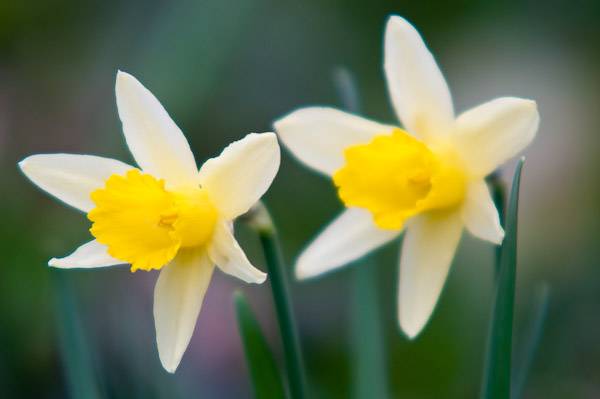 I hadn’t been to this reserve before, but is located in a delightful valley not far from St Brides Major. I specifically wanted to photograph the wild daffodils and didn’t know quite what to find even though I had checked out my Wildlife Trust of South and West Wales Reserve Handbook. I was hoping to get some wide-angle, close up images of the daffodils, as opposed to my usual technique of long zoom to telephoto lenses. Close up wide images bring in a lot of background information to the image, which can make it look quite cluttered in appearance. What I would be looking for is a group of daffodils, close to the path with a fairly organised and visually appealing background. 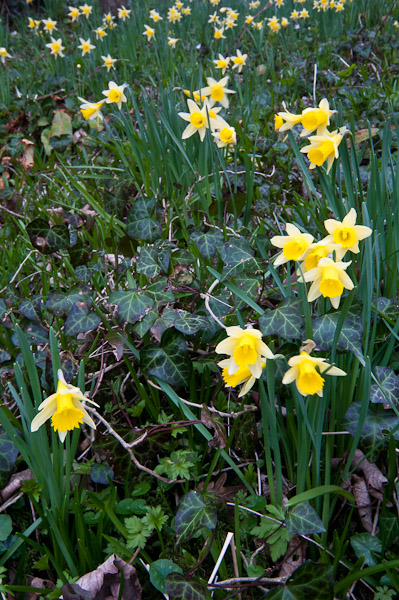 This proved harder than I thought, as there was quite a lot of distracting visual elements around the Daffodils. I started out trying to eliminate these by resorting to a longer zoom lens, but then returned to my original idea, even though it was proving harder than I thought. The lighting had not helped. Originally the weather forecast was for some sun followed by rain later. Unfortunately the rain came earlier and the sky went very grey. It was so dark that I had to switch to a high ISO even with wider apertures to get a reasonable shutter speed to freeze the slight swaying of the daffodils. 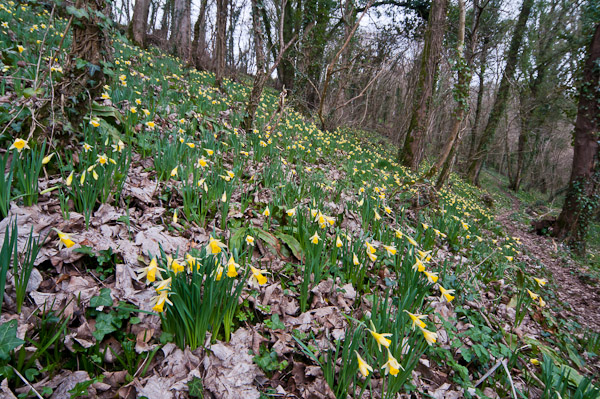 Usually overcast weather is the best for making images in woodland. Strong sunlight can produce harsh shadows and the images have high contrast, which normally makes them visually unappealing. Because I knew the wider view I wanted would have some visible sky in it, a blue sky would have helped, plus the colour contrast of blue and yellow in an image is a good way to get a viewers interest in it. In a way the very dark sky helped me; it was less distracting? than a lighter white or light grey sky would have been. As the images were quite busy visually with all the distracting elements of the wood, I decided to dispaly in an image what I saw. The image below shows how the majoritory of the woodland looked, with bare stems of young trees and shrubs scattered among the more mature trees, with the daffodils spread out amongst them.