I had a great day at Whiteford Point, Gower Peninsula yesterday. I was originally planning to do some plant photography as there are orchids and other coastal species present. The wind was a bit too strong to get sharp images when out on the dunes, so I switched to more general photography and experimented a bit as well. The image above is the last photograph I took.? By this time it was quite dark, but digital capture still picked up a lot of detail. Too much detail in fact! In post processing in Lightroom I had to create the silhouette I had originally envisaged. The photograph is a horizontal crop of the original image which removed excess foreground and sky to emphasis the tree more. I think with some further fine tuning this image may work with some toning effects.

As a loction Whiteford Point is hard to beat. On one side of the sand spit is a long beach with sand dunes which catch the setting sun. The other side is a large tidal marsh area where lots of sea birds congregate along with the grazing sheep and semi wild horses. There is also a great selection of bird life as well with a resident Buzzard family every year, plus large flocks of over wintering migrants in the winter. 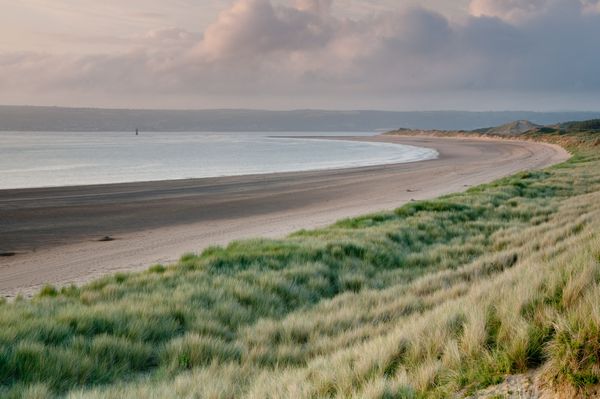 The beach is open to the full force of the Atlantic Ocean so unfortunately lots of waste pollution thrown off ships and generally washing around in the oceans gets washed up on the beach. I currently have a project going documenting this, but would like to tie it into images of the impact of tourism on the local beaches. Hopefully I will move further forward with this project this summer. Through the hard work of the National Trust and their volunteers the beach is cleaned of all the rubbish each year, so it never really builds up. Also with some of the highest tide ranges in the world here, a lot is picked?up and taken back out to sea.