A day of beauty and death… I was only looking out of my office window! 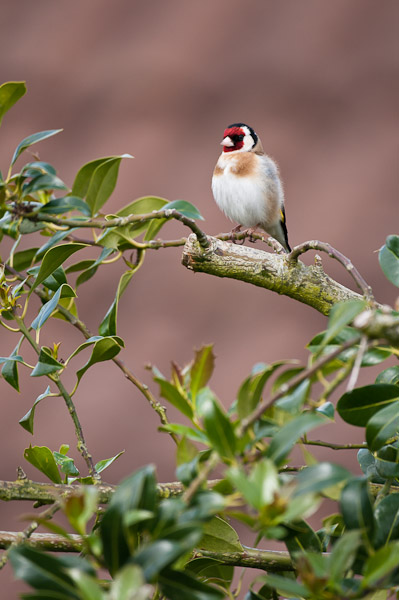 I heard an unusual birdsong outside my home office window while trying to complete some accounts. A quick peak out showed that a Goldfinch was singing away on top of one of my neighbours shrubs. I had seen one a day or two before collecting nesting material from the ball of cotton fibres that I hang in the garden from February onwards. I hadn’t expected it to hang around, but it looks like it may be nesting in one of the garden bushes. As I haven’t seen one in the garden before, all thoughts of the accounts were gone and I went into overdrive to get my camera and sound recording gear set up before it flew away. 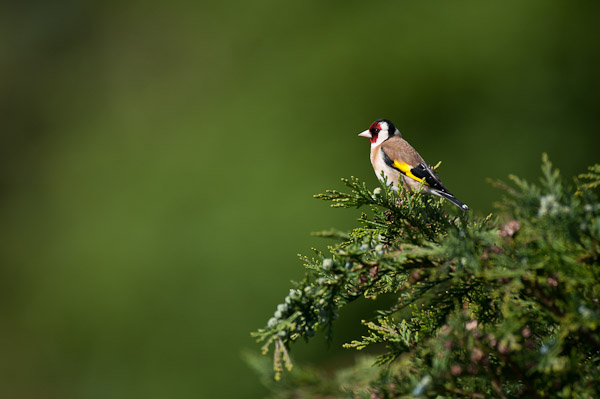 I needn’t have worried as it stayed around for the next four hours, moving from perch to perch, occasionally leaving the garden to roam further afield, but always returning. Eventually both male and female birds perched together, but not in a good enough position to make any photographs. I managed to assemble my new Amberwood reflector together to help with the sound recording. It had only arrived that morning, but I’m quite happy with my first efforts with it. I did get quite a lot of video footage as well, but at the moment my computer has decided not to recognise any file in the AVI format!?! I really hate computers!!! Hopefully I can update the post later with some footage. 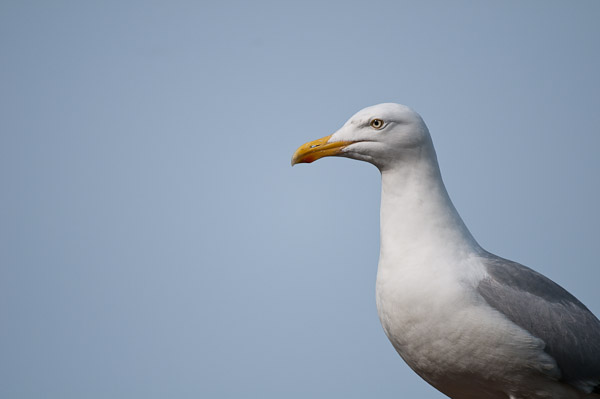 The Herring gull above features in the audio file, so I thought I would get an image of it. I am always intrigued has to how gulls stay so white and how they find the food I put out in my garden so quickly. While looking out of the window I noticed a disturbance in my neighbours garden. Two crows were jumping into a fir tree. When they came out I could see that they had a chick in their beaks. As they had both grabbed it and fought over it slightly, they ended up with a piece each. They dropped down onto the grass to carry on feeding. I can’t be for sure, but I think it is a wood pigeon chick they found, as it is quite a large chick even though the feathers are not fully developed. Have a look at the photo below and see what you think. 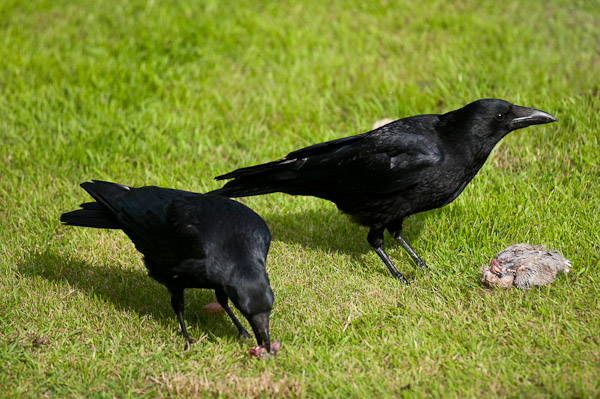 Later that evening when putting some rubbish into the dustbin, I noticed a more?developed wood pigeon chick hiding on the ground by my neighbours side gate. I think that it may have been disturbed by the crows as well. A check a few hours later showed no sign of it, so hopefully it had found some where safe to roost, if not, I’m sure the local fox would find it fairly quickly.