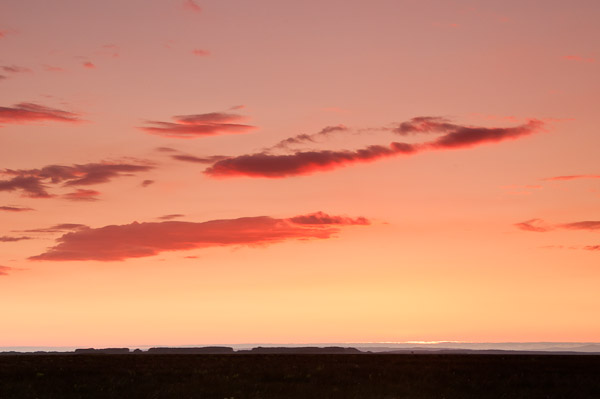 More sunset images I’m afraid. I like the wide open space of Llanrhidian Marsh, but as it is so flat, it is difficult to get variation in the images. I fell back to an old?composition in the image above, using the outline of Whitford Point as the main interest, but it is the colours in the sky that really dominate the image. Flare is difficult to control with my extreme wide angle lens, so I excluded the sun from the image and waited for it to drop below the horizon. This helps intensify the colours and reduce the contrast in the scene as well. 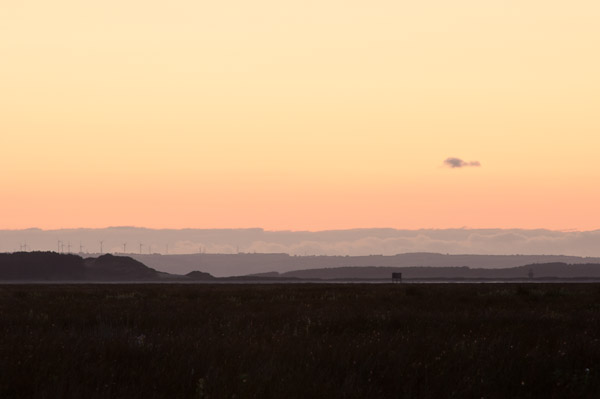 A tighter shot of the same scene above a few minutes later shows the drop in contrast well, with more detail visible in the grass. By this time the sun was well below the horizon, so reducing the chance of flare considerably. The image below was taken when the light was really low, but the sky was still quite bright compared to the land. This has even with the use of graduated filters produced some flare spots in the image. Once again I don’t mind these as they do not dominate the image. Images I had made earlier were too badly affected with flare that they don’t work as well. The sun was still above the horizon and shining directly into the lens. There is some subtle fill in flash on the flowers to help lift them from the surrounding grasses, but they stood out by themselves any way as they were slightly back lit. 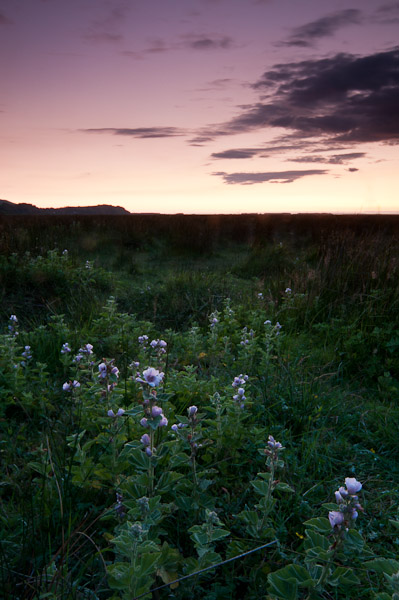