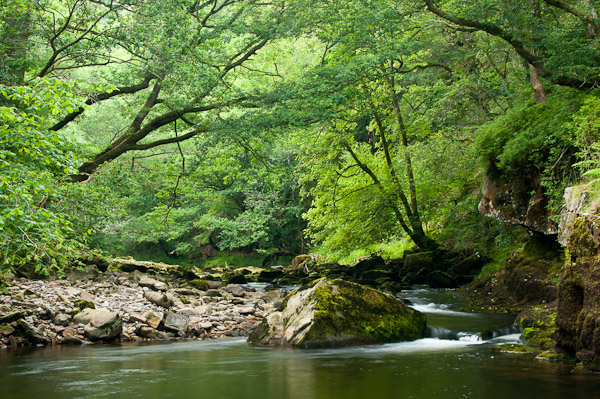 With Gower being quite busy at the moment, the overcast weather?and plus I needed to start planning some courses for next year, I decided to take myself off to waterfall country in the Brecon Beacons National Park. I don’t seem to spend as much time in the beacons as I should do. They are easy to access from Swansea, so I don’t really have much of an excuse for not visiting. Even in the height of the holiday season there seems to be room for everyone and it didn’t feel that busy. 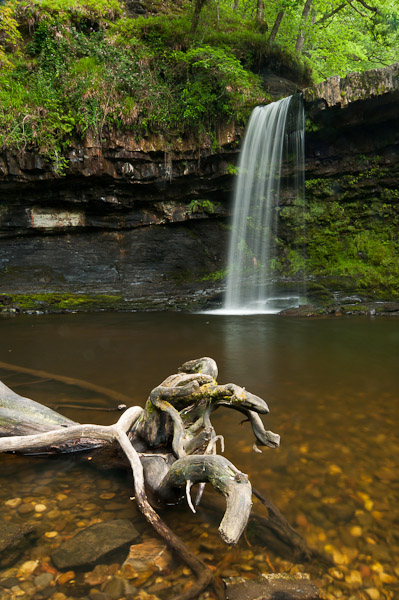 Although the water levels are quite low at the moment and the falls are not as impressive as in the winter, it allows photographers to get closer to the falls than normal?and get different view points.?Not being a lover of really long exposures with pictures of water, I found that I was sacrificing some depth of field and using wider apertures, plus increasing the ISO to get more detail in the flowing water. The light levels did force a few long exposures, but I think I managed to limit it to about one and a half seconds for the longest exposure. 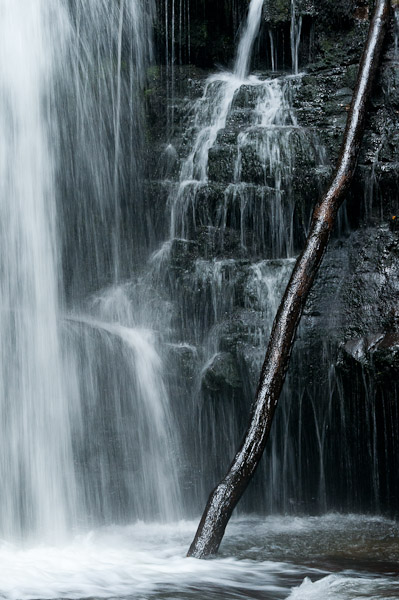 For the image above I climbed onto the second layer or upper part of Sgwd Ddwli Isaf falls. In winter this just isn’t possible, but in summer you just have to contend with the slippery rock instead. The grip of my walking?boots just about managed it, so I was? a bit surprised when I was joined by somebody wearing flip flops! Another visitor was barefoot, which makes a bit more sense?in a way as bare feet do provide better grip sometimes. It never ceases to amaze me that just because it is summer people feel they can traverse the country side in flip flops, t shirt and shorts whatever the terrain. 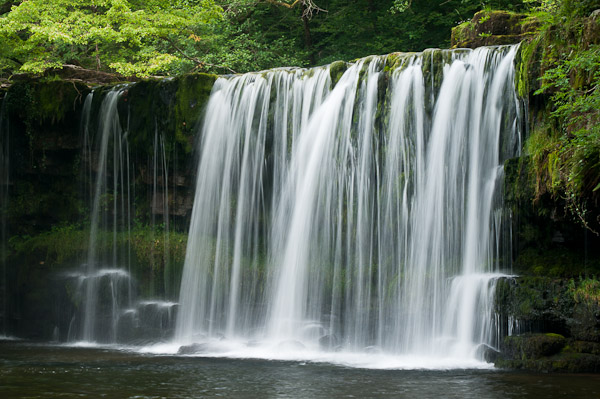 After visiting all the falls on the trail, I decided to have a bit of a wander around the area to see what was about and see if I could get a decent view of the wind farm on a nearby hilltop. I didn’t manage to find a clear view,?but the light had gone very grey, but interesting at the same time with varying levels of brightness in the sky. As soon as I saw the tree below, I knew that I wanted to photograph it and in black and white, but finding a viewpoint was harder than I thought as various fences got in the way making a good view point harder. As there was not much interest in the sky and foreground, I knew that it would need to be cropped to a panoramic format, but found that it didn’t work as well with a tight panoramic crop. Having some space for the sky and foreground gave the tree a more?isolated feel to it. 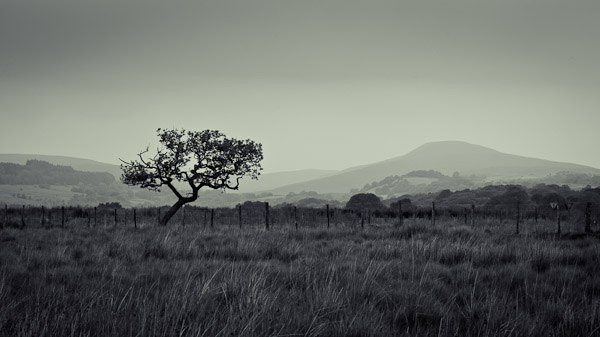 A quick video edit of the Elidir Trail