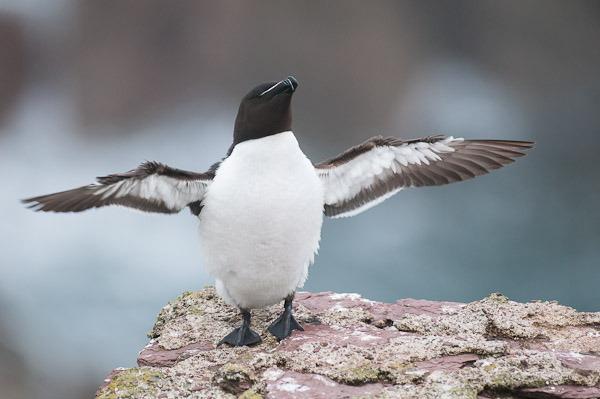 Another year comes and another trip to Skokholm passes. This year I had no particular photographic goals, so I was open to what ever opportunities came along. My arrival on the island was delayed by 8 hours due to a?strong swell causing problems with dis and embarkation on the island. 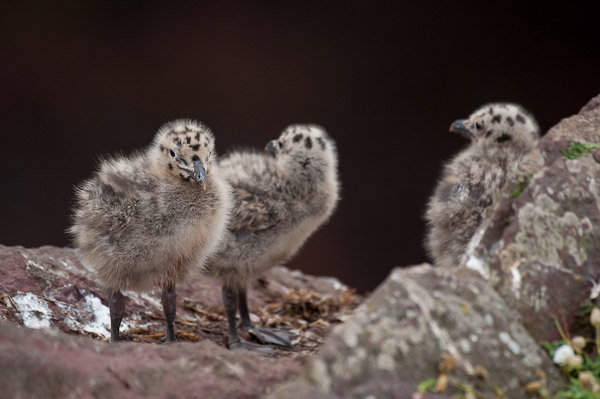 With the late arrival on the island and dusk approaching early due to the cloudy weather, I decided photography would be delayed till the next day and I would concentrate on trying to get a surround sound recording of the Manx Shearwaters that would come in at night to feed their chicks and rotate the brooding duties with their partner. I headed off to the area around the Lighthouse and set up the microphones on the end of a long lead. Amazingly the first Shearwater started calling from a burrow next to me at about 9.30pm, well before it was fully dark. After seeing? one of the Short eared owls from Skomer flying over on a rare visit at 10.30pm, it wasn’t until about midnight that the calls from the Shearwaters started to increase. Typically my less windy position at 10.00pm became windier and a few changes in location were required. The calls reached a peak at about 2.00am, but with the rain starting to fall at 3.00am, I packed up the gear, promising myself a lie-in in the morning. Hear the Manx Shearwaters below: 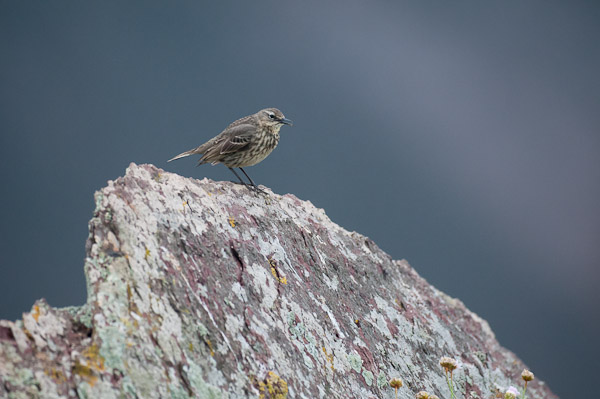 Waking up after a bit of a lie-in, a quick check of the weather by looking out of my bedroom window showed that I hadn’t missed much. Low cloud and mist with poor visibility and frequent, heavy misty rain showers?with windy gusts had arrived overnight. Visibility was down to about 50 metres, so it was an easy decision to concentrate on getting breakfast together instead of trying to get photographing. 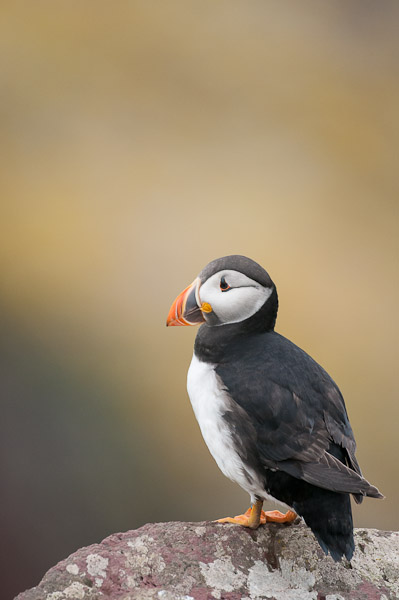 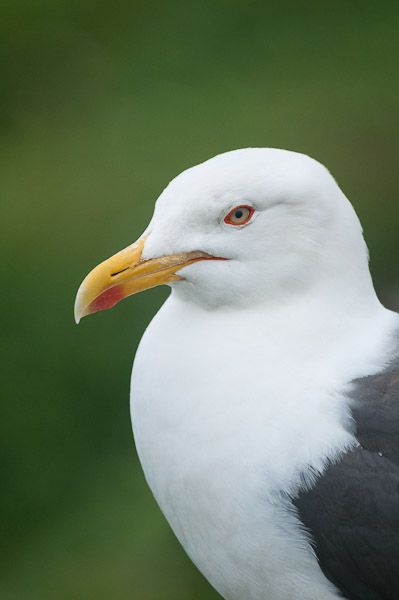 The weather didn’t improve much for the next few days and photographic opportunities were limited. We received a message that our departure would be delayed for an extra 3 days due to incoming high winds. If we didn’t want to stay the extra 3 days on top of our original departure date, we would have to leave the next day; 2 days earlier than our original departure time. Unfortunately work commitments forced an early exit, so an enjoyable trip on a RIB back to the mainland at high speed was quite a nice way to end the trip. Typically the weather got better over the next few days, but the high winds forecast did arrive to affect the sailings. I’ll be back next year, so missing a few days doesn’t matter.