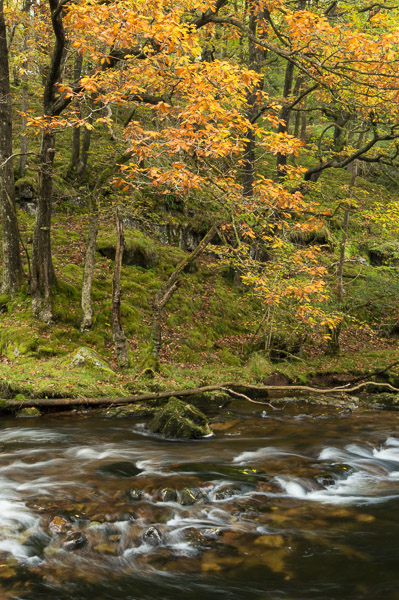 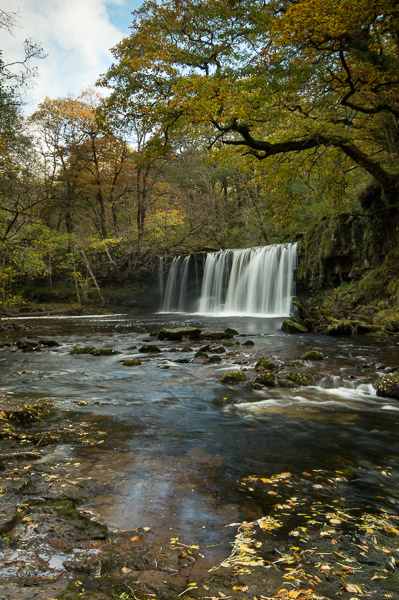 I don’t know quite how I did it but I managed to miss the turning to the car park not only one but twice! I nearly had to change the day course theme to “how to photograph a Pheasant shoot” after we ended up at a farm hosting one. Finally we found the car park and set off on the Elidir Trail.

Not all the trees had leaves that had started to turn colour, so there was still a lot of green around, but there were a few pockets of quite nice colour. The Beech and Oak leaves were the most advanced, but it looks as if the other trees will shed their leaves without that much of a colour change. 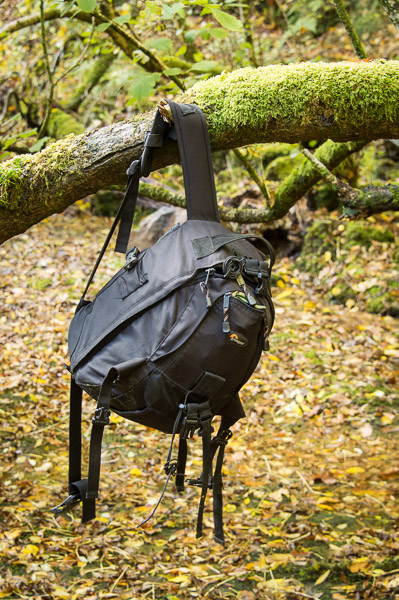 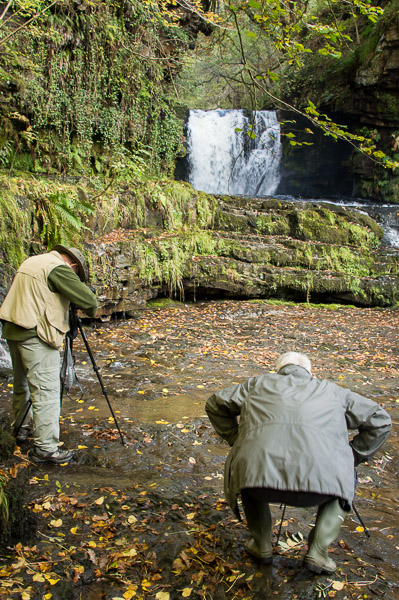 I would like to thank Chis, Judy, Jane, Nigel and Clive for joining me and I hope you enjoyed the day. To Sandra and Roger who couldn’t make it at the last minute, there is always next year.

The rocks were quite slippery at Sgwd Ddwli Isaf and we started to get a few falls which meant it was time to retreat. One out of two cameras survived, but a spare camera was on hand to save the day. 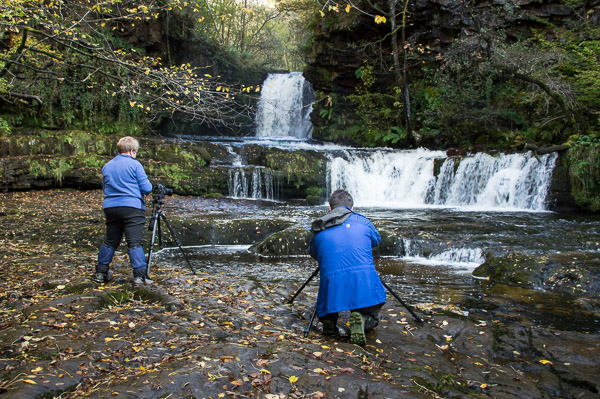 It is easy to concentrate solely on the wider waterfall view, but I was pleased to see that participants were also considering the smaller more intimate “inner landscape” as well. From what I could see on the back of the camera, there were quite a few really nice images made. I attempted to catch the final evening light back up on the top of the valley, but it died quite quickly as the sun went behind some clouds. A good day was had by all I hope. 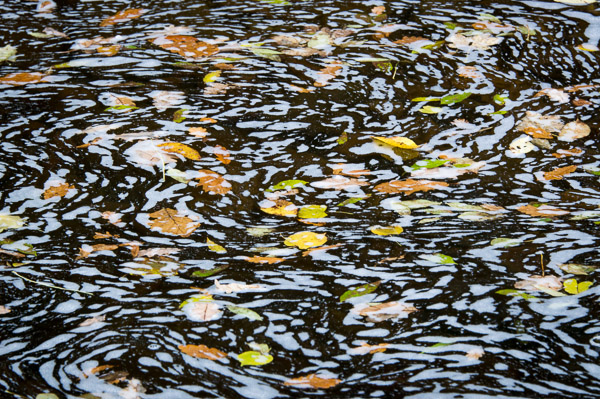 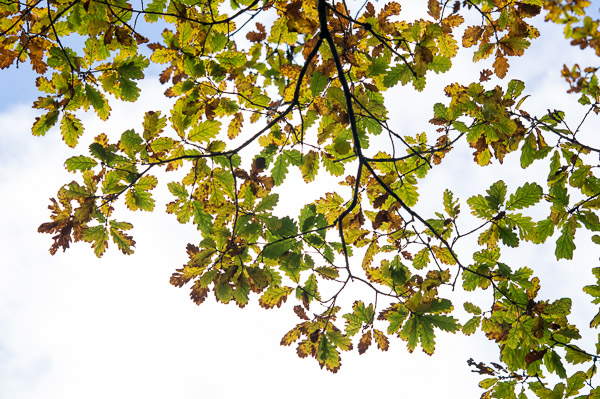 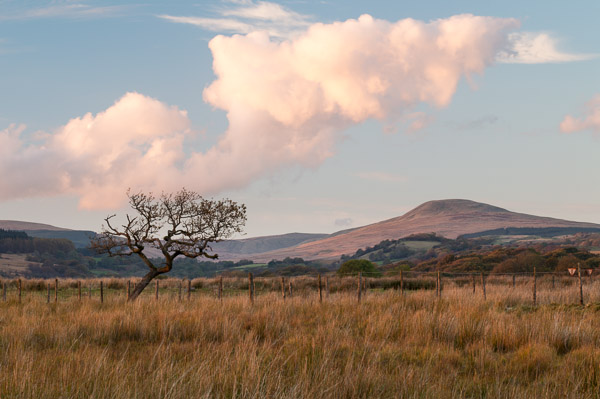