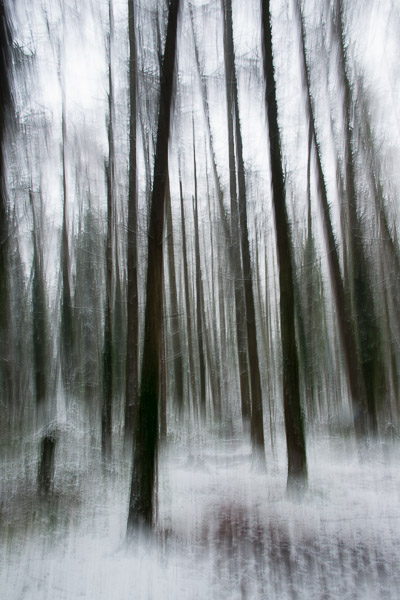 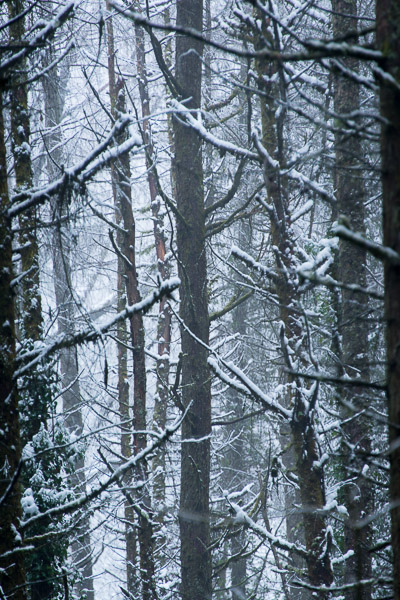 The second fall of snow caught me completely by surprise, as it did the weather forecasters I believe. I was hoping to get an image of Three Cliffs, but with the snow falling still, occasionally with heavy falls, visibility was reduced so a wider view wasn’t possible at that time. I retreated to woodland as I had been inspired by some images of that I had seen in various wildlife photography competitions. I didn’t want to copy them, but see what I could get myself in those conditions.

I’ve been experimenting a bit with vertical pans of woodlands. My images aren’t true vertical pans as I’m using a ball head to do it so there is some lateral movement as well. The image top left is one of my more successful ones as it is possible to work out what the image is of still. To achieve this I only moved the head for half of the exposure time.? I quite like the technique which is strange considering that I am more of a straight photographic image type person. The technique isn’t that original any more,?but I have seen some variations with horizontal pans; mainly of landscapes to produce horizontal bands of colour. 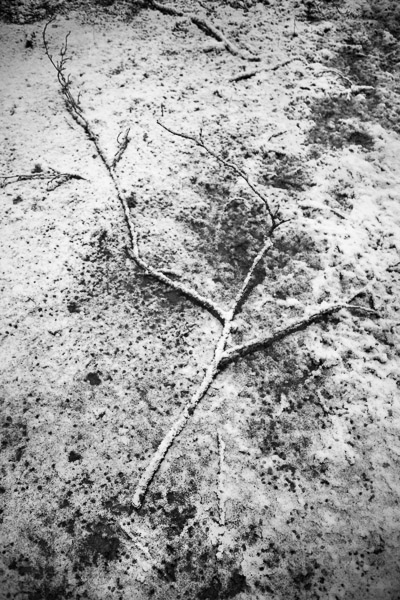 I liked the snow and shape of the fallen branch. Due to the lack of any colour I decided to process it in black and white. The snow had great texture, plus it wasn’t perfectly even and white. Later on as it got darker, the blue in the shadows started to increase since I always shoot?with the camera set to?the daylight white balance setting. The blue needs to be scaled back slightly in processing, but I like to keep a hint of it as it emphasises the cold nature of the day. Completely cancelling out the blue cast makes the image too warm and “clean” for my taste. I wanted to use the blue cast in the above image to emphasise and complement?the stronger green of the tree trunks. Even though there isn’t much happening visually, I like the feel of the image. 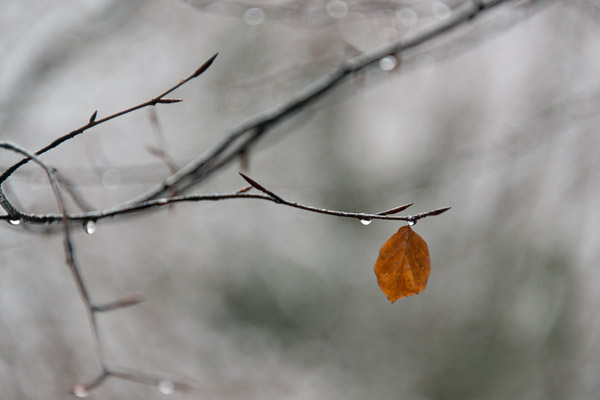 In a world of black and white with a bit of green and grey occasionally, the orange of the retained beech leaves really stood out. Eventually I found one with an uncluttered background and used a 300mm lens to compress the perspective, blur the background further?and help isolate the leaf. The snow was starting to melt and sleet had replaced snow? at this time, so the water droplets were another welcome addition.