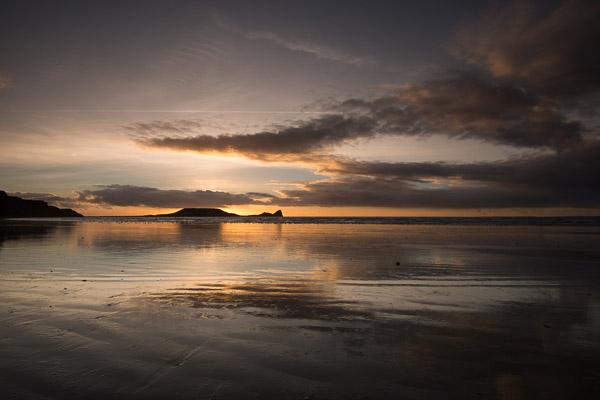 Taken a few weeks ago when we still had a view of the sun and with all the images made all on the same day, it shows how much the light changes in a day. It was also interesting watching the other photographers present. Some were doing stills, others were doing time lapse photography with motorised dolly and others were running around trying to cover all angles or just to keep warm. 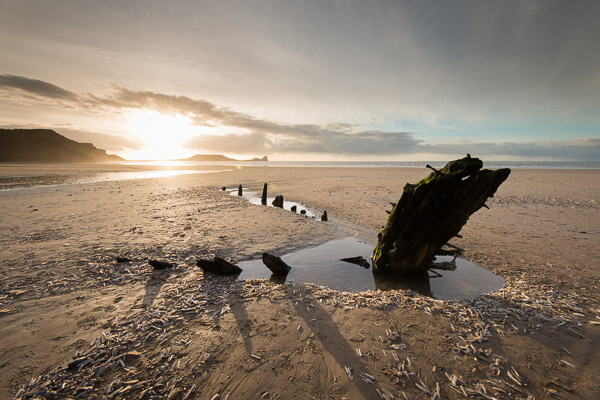 I was intruged by the debris that was spread around the Helvetia wreck. From afar it looked like loads of people had been running around it and churning up the sand. As I got closer it looked more like litter and then finally revealed itself as a collection of large clam shells, starfish, razor shell, muscles and worms. The pattern of the distribution showed how the retreating tide moved around the wreck had coincided with the projections of the wreck. 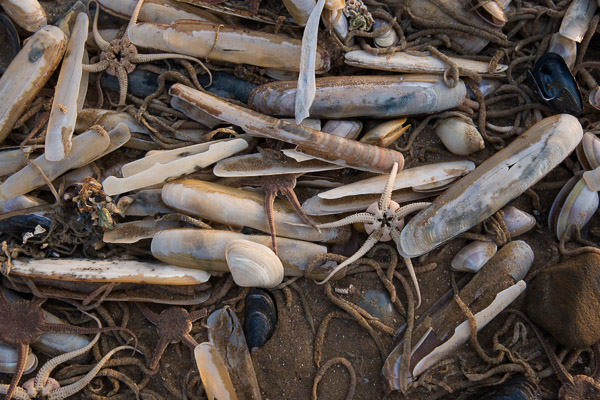 With the sun fully set, I always like the blue hues that images take on with my camera set on a daylight white balance. I tend to find that pictures that have been corrected to a more neutral white balance don’t seem to convey the feelings I have at that time. This is a personal preference and some may feel they are too blue. 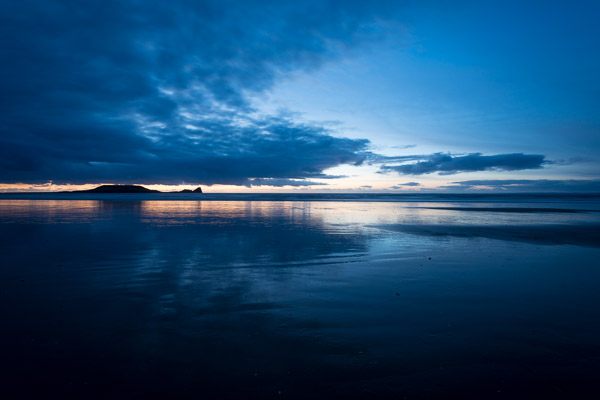 While packing up in the car park I couldn’t help noticing an amazing collection of starts visible in the sky. I unpacked the camera and set?it back on the tripod. As it was already dark, focusing was a problem, so I used my head torch to allow the camera to focus on the poles in the car park. Although I think my exposure is slightly out I’m still pleased with the feel of the image. My attempts to photograph the bay were spoilt by a strong wind that had picked up and moving the camera during the long exposure. I’ll just have to try again another time. 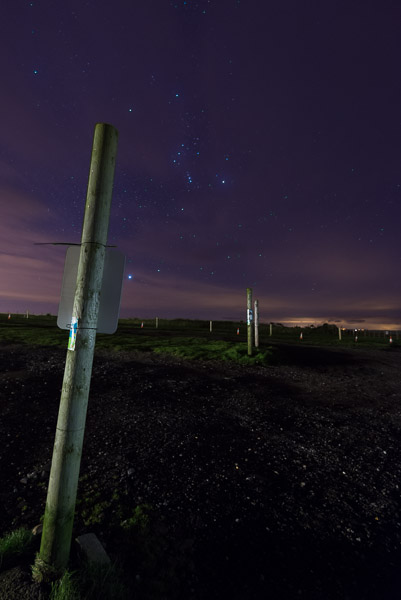