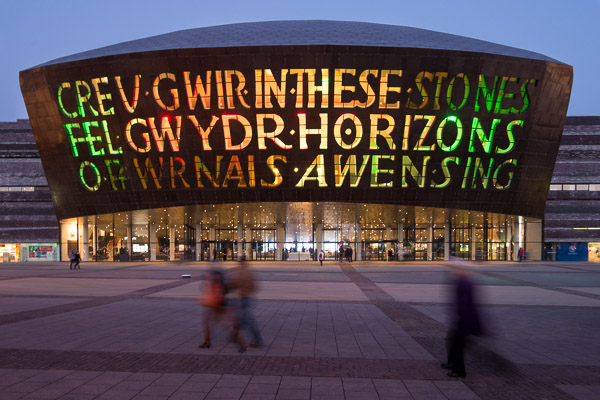 It all seems to have come around so quickly, but it is time for my Day courses to start again, with the first one being yesterday’s Architecture Day in Cardiff Bay. My thanks go to Steve, Victoria, Nigel and Clive for joining me in the Bay. Conditions were quite challenging at the start with solid grey cloud, no light to speak of and no contrast either. The cold wind and temperatures didn’t help either . The image below shows it mid morning with some break up of the cloud. 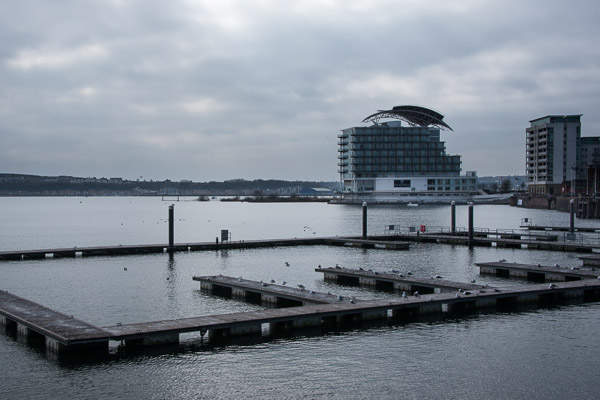 In these tough conditions we tried to concentrate on detail images or trying to find good forms with contrasting shapes or textures. I suggested to the participants that they consider converting the images to black and white as they were very monochrome anyway. A few checks of this idea on?the camera LCD screen showed it was the way to go. 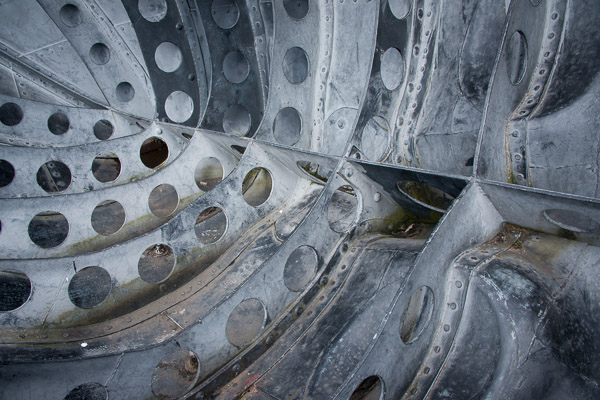 After a bite to eat at lunchtime and a chance to warm up, we stepped outside to enjoy the sunshine and blue sky that has appeared while we ate. Normally I’m not a fan of a clear blue sky, but for cityscape or architectural images it works well. The Millennium centre always looks good with a blue sky to contrast against the orange of the copper front. After a stroll from the Norwegian church?to the Millennium centre in the morning we headed out towards the St David’s Hotel. After struggling and failing to get a good image of the Techniquest building, we headed back to the Millennium centre to find our framing options for the dusk images. Initially I had hoped we would photograph the Senedd building, but a concert had been planned for the steps in front of it and it was?impossible to get a good composition with all the lights, speakers and plastic seats etc.?outside. 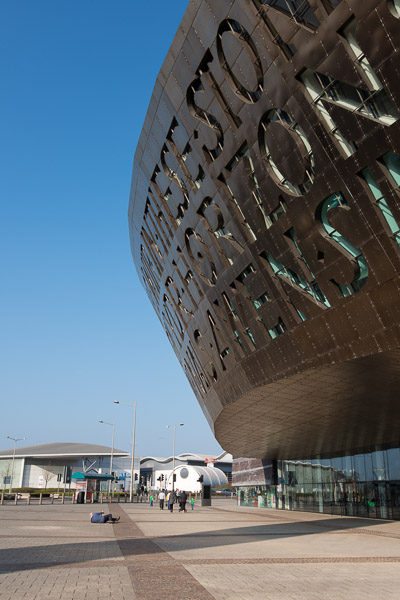 With us and a few other photographers present with all our gear and tripods, a few passers by thought somebody famous was around and we were all paparazzi. They seemed a bit disappointed when we told them we were just waiting for it to go dark so we could photograph the Millennium centre. 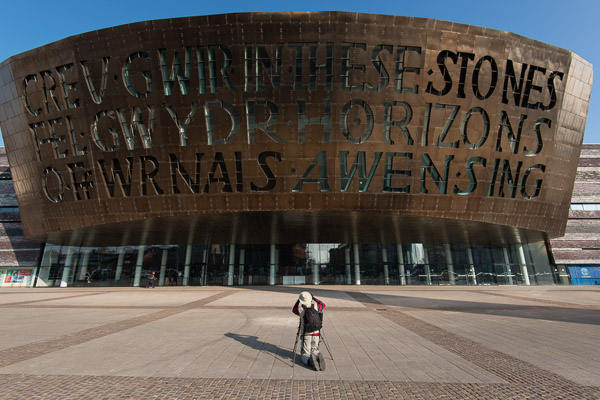 It?carries on?again in two weeks time with the Elan Valley Day course. Let’s see how that one goes.