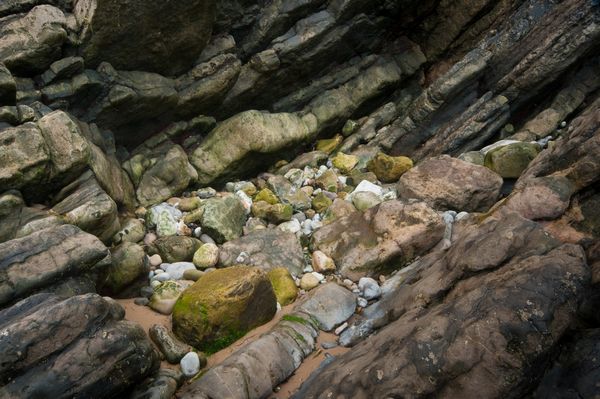 In my last post I mentioned the rock formations at Brandy Cove, so here are some images. The colour of the stones caught my eye, plus the contrast between them and the surrounding stone helped produce a natural contrast. A polariser was used to remove all reflections and to saturate the colours. This image may need some further post processing to get it how I visualised it, but it is getting close.

Initially in my minds eye I saw the lighter rockes surrounded by a much darker ring of rocks, and it is the surrounding rocks that I think need darkening more to get this affect. 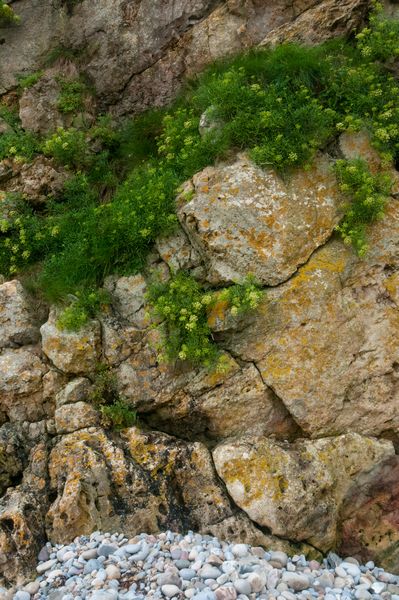 Higher up the cove you get the paler pebbles which contrast with the cliff edges. At this point vegetation has started to move in bringing an extra dimension to the image. I like the contrast between the paler, bluish pebbles and the yellower rocks of the cliff. The green of the plants also helps with colour contrasts.