Swansea Bay on a bank holiday 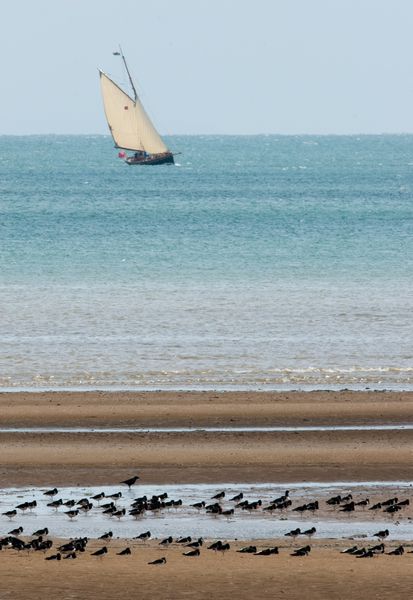 With the weather being so grim recently I haven’t been out and about much. Instead I am continuing with my video/audio learning curve, plus getting on with some admin. With the only sunny period of the bank holiday happening on Saturday I wondered down to the sea front to see what was about.

As winter approaches Swansea Bay is a great location to view seabirds. It is a bit harder to photograph them though as they are sometimes quite a way away. The best approach is to get to your chosen location, get in position early and let the tide push the birds at the waters edge closer to you. You may get a few looks from passers by as? you wait with nothing really to photograph, but this approach allows the birds to accept you as part of the landscape. They will tolerate your presence much more this way than if you try and get into position at a later date when your movements will look like you are stalking them as prey.

There is usually quite a large flock of Oystercatchers in the bay and they are now starting to build up their numbers. This will continue up to winter when quite large flocks can be seen. Other good locations to view Oystercatchers on Gower are Whitford Sands and Salthouse Point where large flocks are also seen. The same approach for photographing them is needed as in Swansea Bay. Let the tide bring them closer to you.

At Swansea Bay the flock is more tolerant of people than at the other locations allowing a closer approach, as they are familiar with people passing by on the promenade.