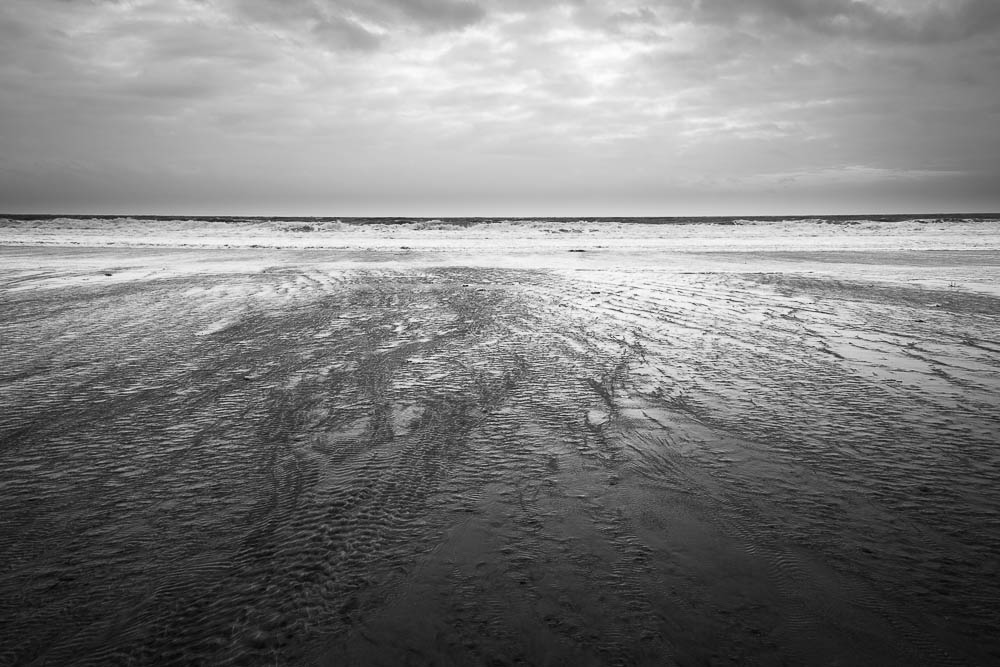 Just a few images from a grey and windy Caswell. Taken a few weeks ago, but the weather was similar to todays rain squalls and dry spells. The fresh water run off proved a great foreground pattern for the above image. As the scene was mainly grey, I decided at the time of exposure to convert it later into black and white. I increased the contrast in Lightroom to get some separation between the various greys in the scene. This also had the added effect of enhancing?the pattern and texture of the flowing fresh water. 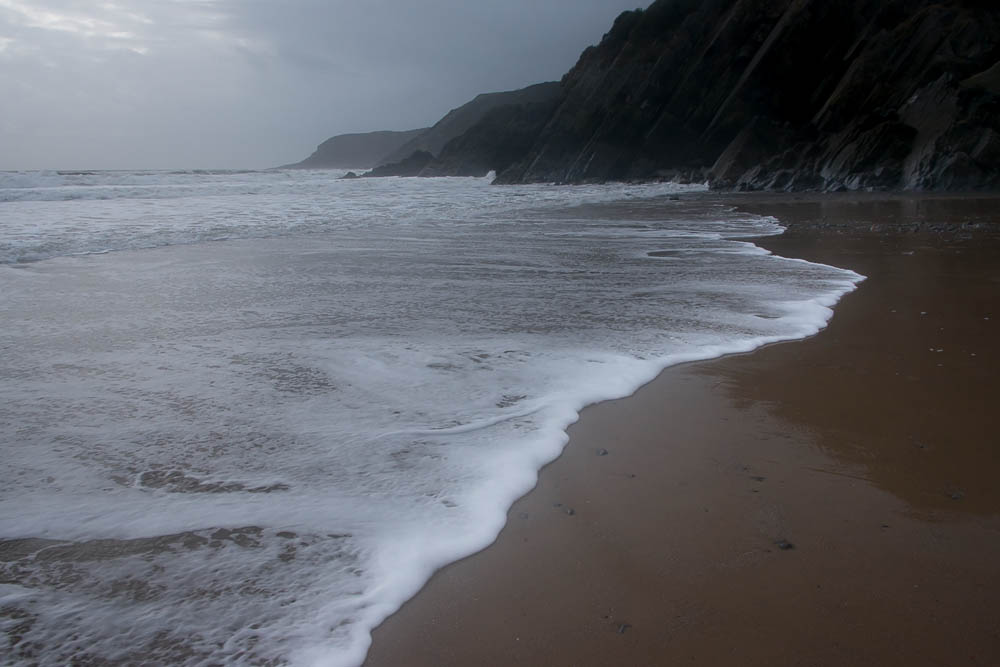 The image above shows the truer lighting conditions, which were much flatter in contrast than in the processed image. Black and white allows you to push the reality a bit more compared to colour images which start to look false very quickly. If anything with colour images there is a slight trend to desaturate them slightly to get the more ‘advertising look’ to them.