End of the day at Broughton Burrows, Gower Peninsula 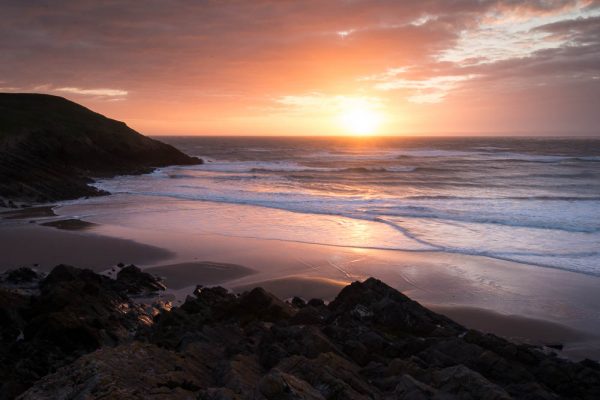 A couple of images taken back in June at Broughton Bay. It was really windy with the wind direction straight into the camera. Even with a sturdy tripod, stopping the camera shaking was difficult, especially with filters added. 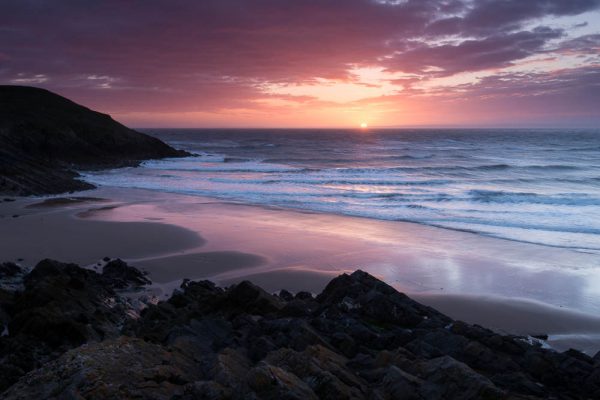 Even though I always take some images of the sun above the horizon to get some golden glow in the scene, personally I find it too contrasty for my taste. I much prefer the softer, more muted look of the light once the sun has hit the horizon, gone below it, or enters a bank of cloud which diffuses the suns power. 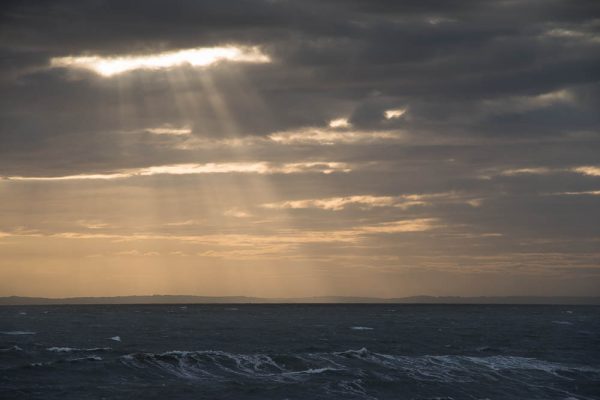 With the wind moving the clouds so quickly the light was changing rapidly, so exposing and framing was quite difficult as everything was quite fluid. By the time you had framed an image the light would change or the exposure wasn’t quite right. Like a lot of subjects, it then turns into a numbers game – taking lots of images to get the one that is just right exposure, framing and lighting wise. 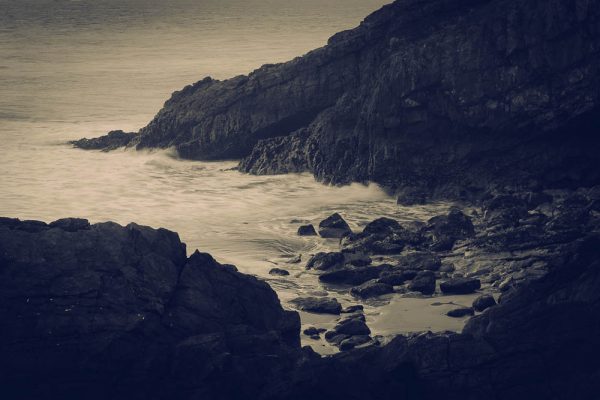 I used to think in tones of black and white when I first started photography with black and white film. I seem to have lost that ability now as I photograph more colour images, so I still like to try the odd black and white conversion with a bit of split toning. This completely replicates what I used to do in the darkroom with selenium toner for blue in the shadows and sepia toning for the highlights. It is much easier to do this now in the controlled, sanitised Lightroom experience, but I still miss the days in the darkroom. It felt more of a craft back then and I know some photographers have felt the same way and have started to use film again occasionally or take it even further like the US photographer Ian Ruhter. Ian has built a wet plate camera in the back of a truck so he can make images of a few feet in size using the old wet plate technique with beautiful results. Take a moment to check out his work and some of the videos about him.