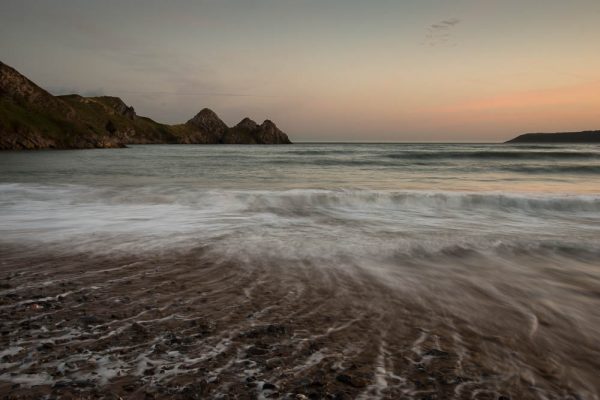 Having been unable to escape the office for a while, I decided to to head off to Three Cliffs Bay to try and get an image of Pennard Castle and the Pill from a different view point, plus as it was going to be high tide as well, a different image of the bay if possible. If the conditions weren’t right, it would be a nice walk anyway.

I knew something was afoot when I tried to park in the Shepherds car park; it was full at 6:30pm. Not you usual Wednesday evening attendance. The fact that people were inflating stand up paddle boards, or pulling rigid models off roof racks was a bit of a give away as well. SUPGower were having one of their evening meets and a good crowd of about 24 had turned up. Perhaps I could make a few images before they set off? The light wasn’t quite right on the pill and castle on the first few frames, but none really worked that well and by then the paddlers had appeared, working hard to navigate the Pill. Made for a different type of foreground interest! 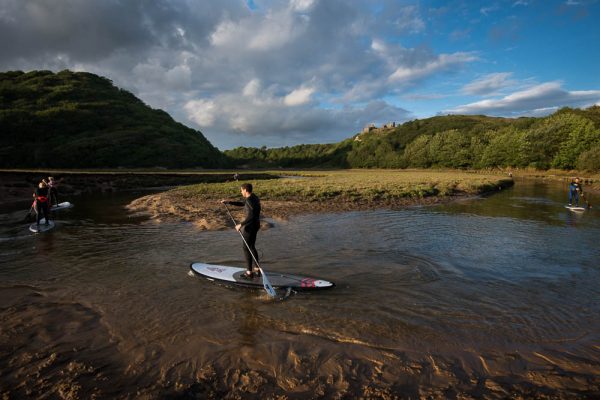 Perhaps I could get ahead of them and get some images done before they got to the bay. Epic fail again as the advanced group had cut the corner and got ahead of me, once again providing some more foreground interest. Any way the light was nice, but not providing the feel I wanted for the images. 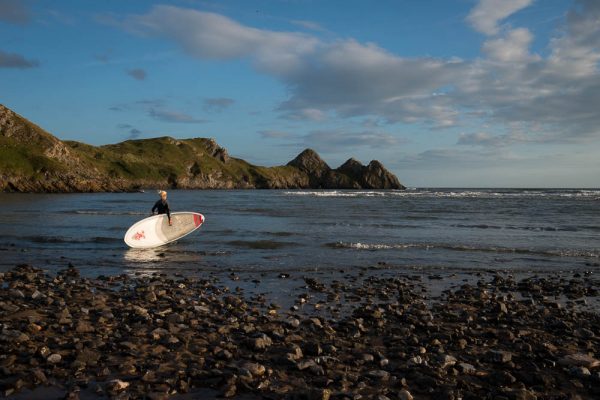 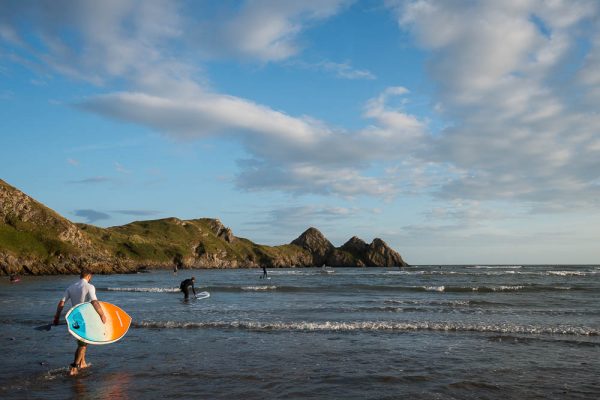 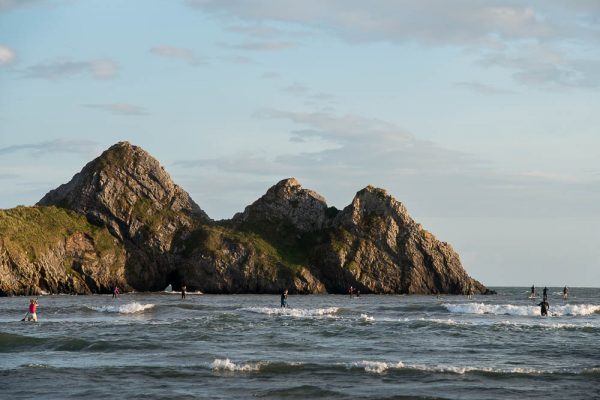 It wasn’t till after sunset that I got the images I had hoped for. With some colour left in the sky and a slightly longer shutter speed, I managed to make the top image in this post after a series of exposures to try and get an interesting wave pattern in the foreground. Any image with waves needs lots of exposure to get the one that looks just right. You can’t really judge it that well with a long exposure and it is only back on the computer screen later that you can make a decision.

If you want to find out more about Stand Up Paddle boarding got to the SUPGower site HERE?