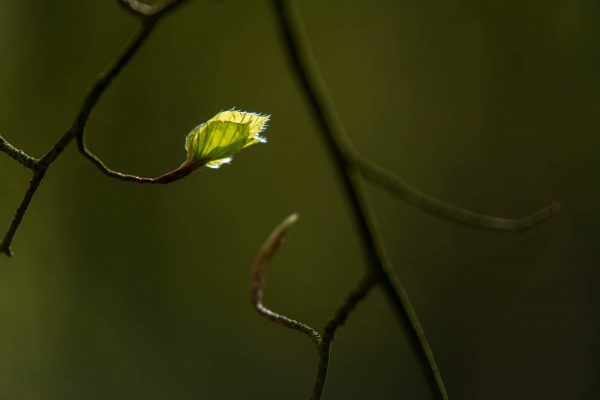 Green is the colour of the moment with all the new leaf growth on the trees. While it is relatively new, there are subtle and obvious variations in the shades across the landscape,?then it starts to fade and become more uniform in colour during the summer. With the sun shining I headed off the Gelli Hir Nature Reserve to see what was about and try and capture the leaf development. Normally I prefer to photograph woodlands on cloudy days to reduce the amount of contrast in the scene, but with the new spring growth being quite delicate, I wanted to backlight it as much as possible. 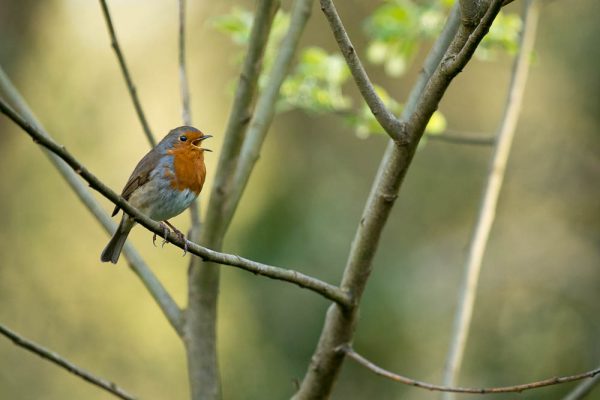 Not surprisingly songbirds were aplenty with a Robin keeping an eye on me as it sang and I photographed the leaves on the tree around it. I experimented below with shooting directly into the sun for the image below. Considering it was directly into the sun, their isn’t much flare in the image, probably due to the fact that I was using a prime lens which are less prone to flair due to the reduced number of glass elements in them compared to zoom lenses. I used the live view mode to frame the image as looking directly at the sun through the camera isn’t a good idea for your eyesight. I focused manually off the screen as the branches were moving slightly and live view autofocus is pretty awful in my Nikon bodies at the moment. 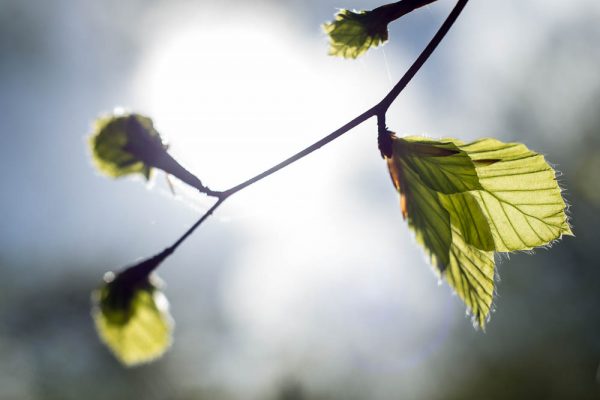 Woodlands are quite chaotic visually so I now try to isolate patterns or subject with a shallow depth of field to help with some separation of the subjects from the rest of the visual chaos. 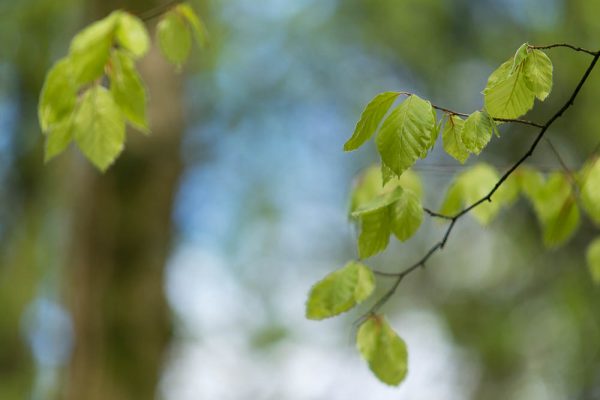 A Wood? Warbler came to check me out as I sat near the weir while trying to find a new subject to photograph. Luckily for me it was quite tolerant of me putting down my camera to allow me to access my second body in my camera bag and attach my telephoto lens. I though all the motion wold have scared it away. Instead it just came closer! 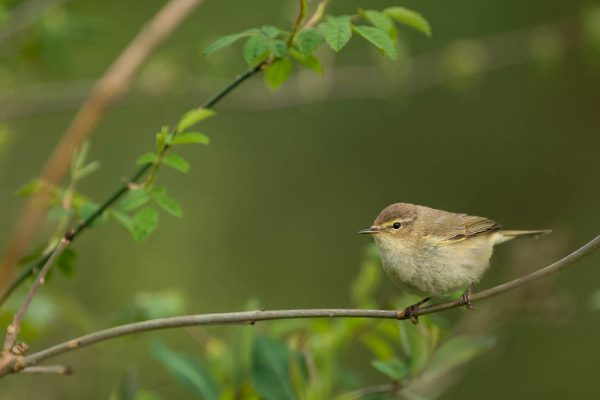 A few more backlit images of the new growth using a zoom and prime lens. Getting the correct exposure for the backlighting really helped darken the background, more that you would see with the naked eye, which helps once more with the separation of the subject along with the shallow depth of field provided by a wide open aperture. 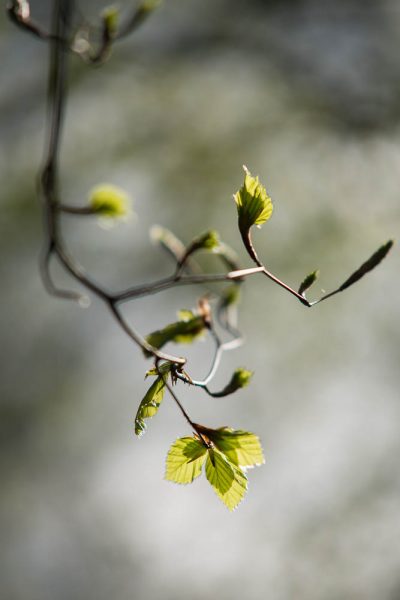 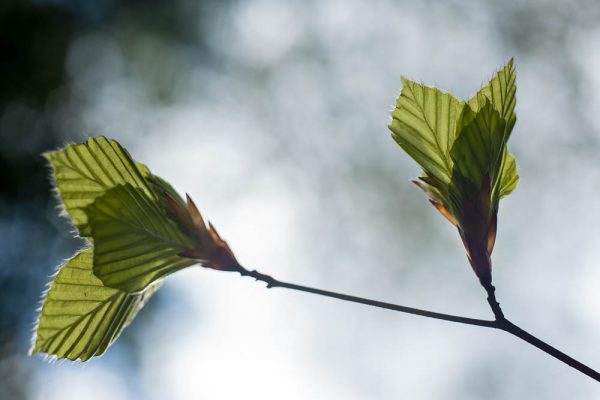