End of the day at Three Cliffs Bay, Gower Peninsula

I wasn’t expecting any sunlight to still be hitting the headland at Three Cliffs Bay as the cloud was quite thick and I thought it had dropped too far over the horizon, so when the sun did penetrate the cloud, it caught me a bit by surprise and unprepared. I fired off a few images to make a stitched panoramic image. 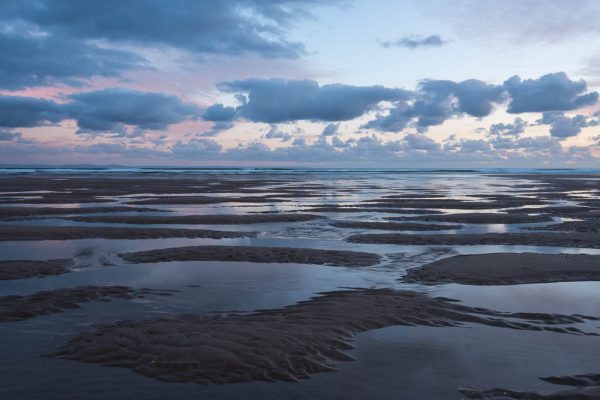 After the sun had passed below the horizon, the clouds broke up and allowed the remaining colours of the sunset to penetrate through. Even though the coast of Devon is visible on close inspection of the image above, use of a 16mm lens has pushed it back into the?background and removed its significance and so giving a sense of space and openness, that few landscapes have in this country compared to images made of the vast, wide landscapes of?other continents such as the American west, any desert or tundra images from around the world. 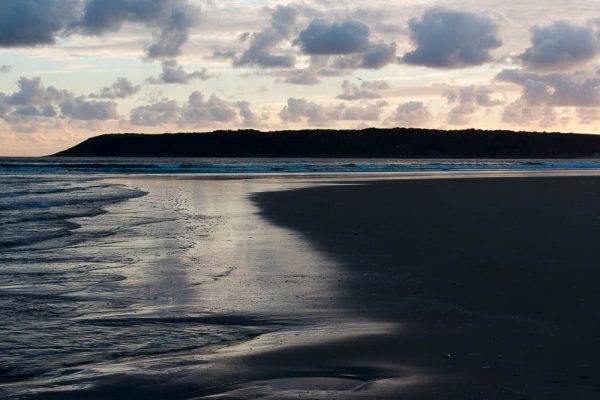 Backlighting has become one of my favourite forms of lighting as it emphasises shape and form more, making the images simpler in one way and more graphic overall. I liked the contrast of the yellow-orange sky against the cool blue of the shadows. Wet sand always helps reflect some of the sky colour and has a metallic silvery look to it as well.

I hadn’t expected much from the visit, but if you hang around long enough the conditions may change and give you great light. Sometimes it doesn’t, but that is part of the challenge!