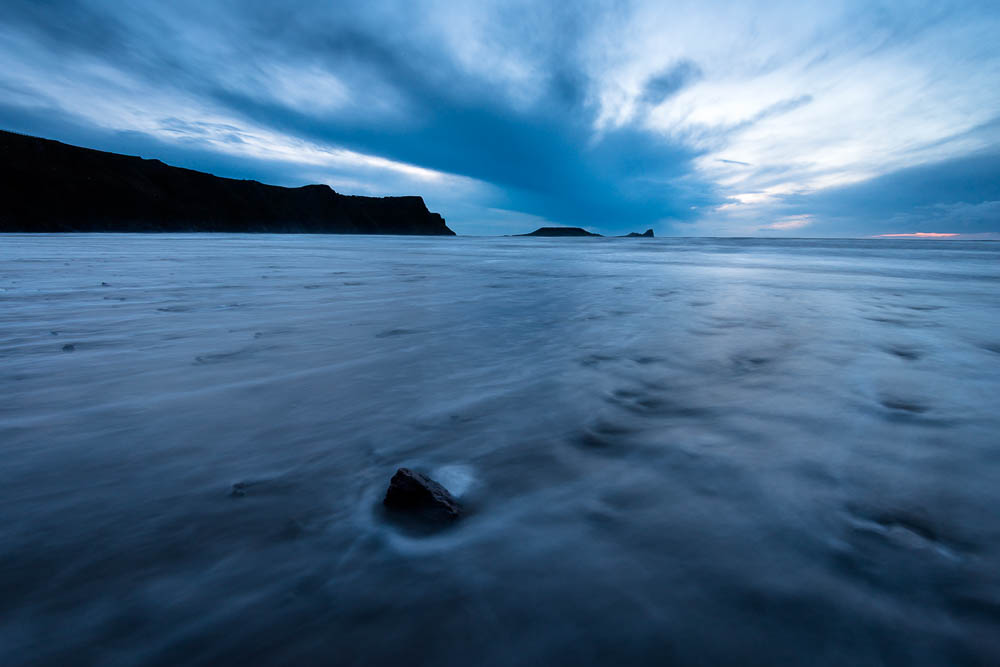 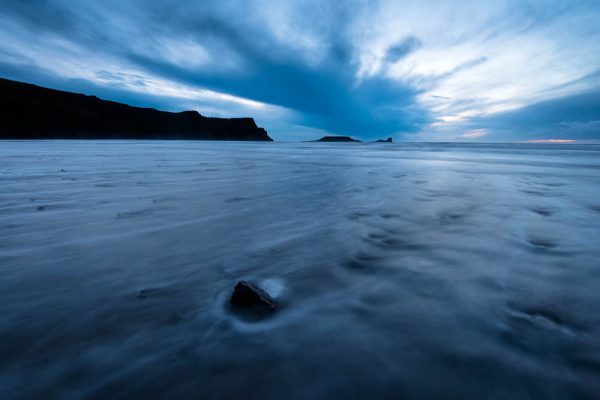 Occasionally you come across an image that doesn’t really speak to you as how it should be processed. This may sound a bit odd; how can a picture dictate the processing? I try not to do any major adjustments to my images, but do process them as how I felt the scene at the time. This may not be completely accurate to the scene at the time, but not far off it. The image above is shot on Daylight white balance, so with the cooler light of dusk it has a blue tinge to it. At the time of making the image the view I saw was much more grey. 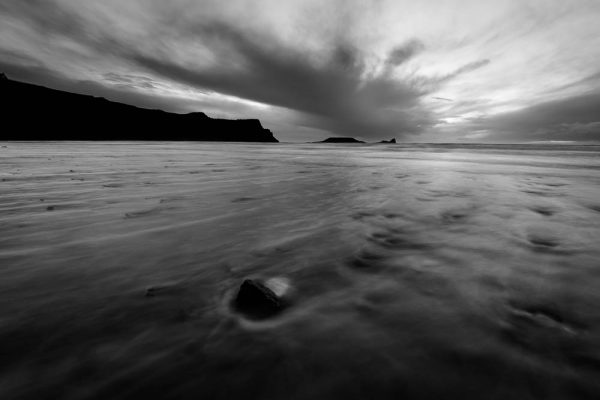 Choosing to develop an image in black & white is a choice to leave the true reality of the scene and to distil it down to the contrasts and structures in the image. Most black & white images are not a true reflection of the tones in the scene. This is nothing new; check out the Ansel Adams book on the making of some of his images. His original negatives have a low contrast range with loads of detail. This is because he developed a system – the Zone system, to ensure he recorded detail in the shadows and the highlights. He then added contrast when printing the final image to compensate for the flat negative. 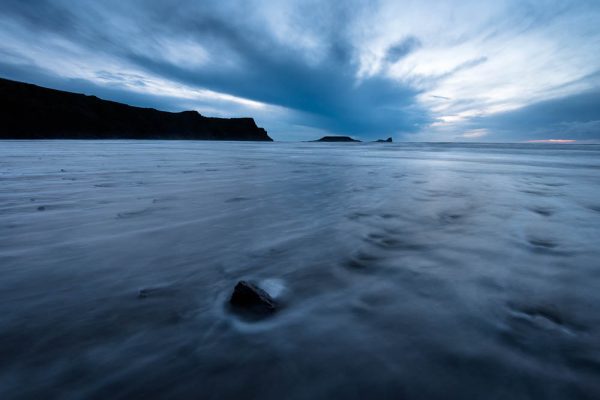 My final image is a more accurate representation of the scene. It has some of the blue taken out of it caused by the Daylight white balance. There is still more blue than I could see at the time, but a fully corrected image looks odd as it is mainly grey overall and doesn’t reflect the feeling of dusk.

Personally I feel that it is more important to capture the scene in camera than relying on the tools of Photoshop/Lightroom to create it later, but like in the days of film and the regular use of subtle filters (not the horrible tobacco graduated filter) some minor modification is allowed at the discretion of the photographer. I don’t add elements digitally or physically; I have seen some photographers adding autumn leaves to strategic positions in their composition and I don’t remove anything apart from dust marks and the odd bit of stray grass or tree encroaching on the image edges. Hopefully an object that is not wanted in the composition is excluded by the choice of lens, camera height and position. Photographers are constantly excluding objects from the scene when trying to find the best view point for their photograph, this is the art of composition.