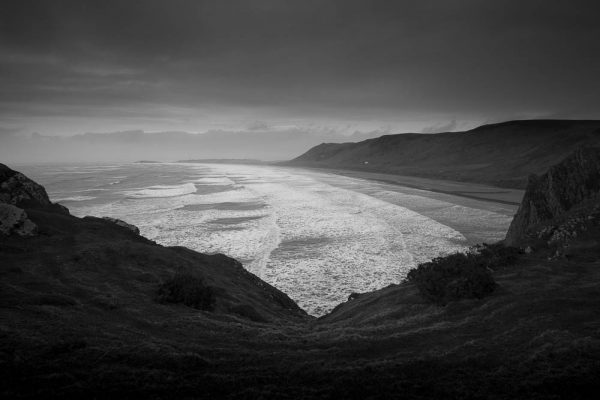 A few images from a few weeks ago when storm Katie was approaching the UK. I don’t think it was quite as bad as originally forecast on Gower and the worse of the weather seemed to head further north and not along the Bristol Channel as initially thought. With the light being quite dull and relatively flat, lacking the contrast of sunlight images, I knew the finished images would be in black & white. 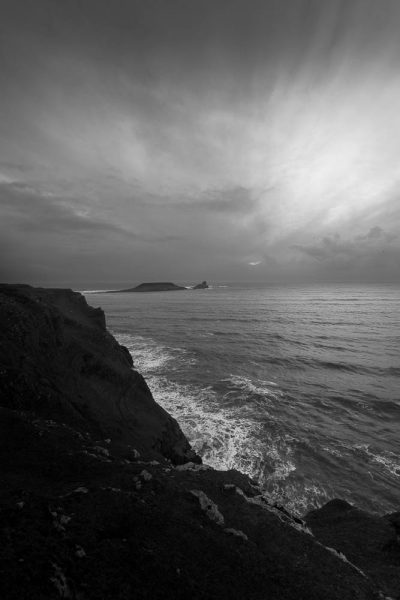 Black & white has allowed me to boost the contrast to highlight the difference between the white waves and the darker land. Increasing the contrast this amount on a colour image isn’t possible, the image just looks wrong and over processed. Black & white takes it in it’s stride. 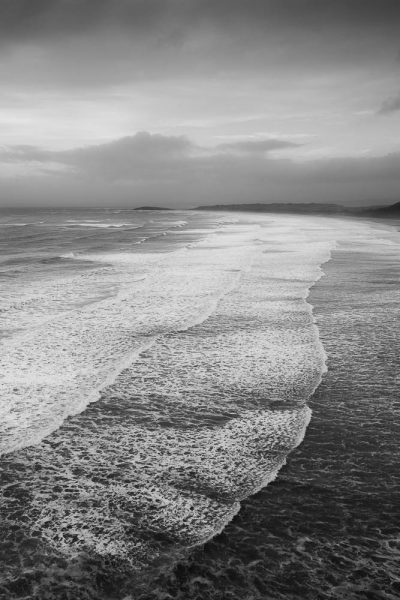