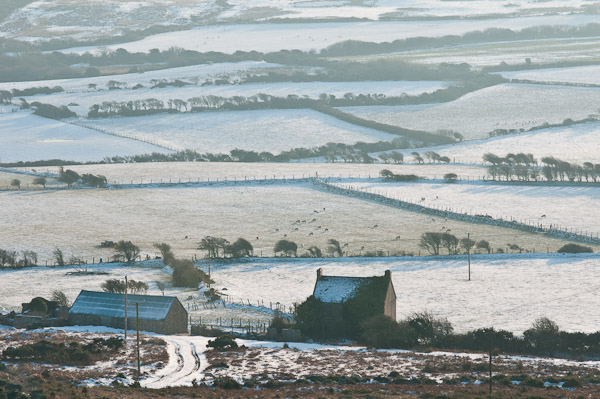 With the snow fall I was hoping to be out and about quite a bit to take advantage of the snow while it lasted. What I hadn’t foreseen would be the demand of driving duty with family, friends and neighbours who were struggling to get around?or suffering from the flu. This is one of the penalties of being a 4X4 owner! I managed to get out most days though and decided to try and get some wider views over the Gower farmland. 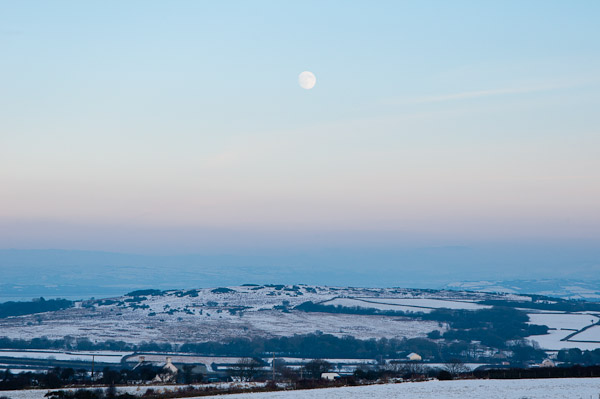 I decided on Hardings Down as I hadn’t been there for a while and it is relatively easy to get to. On my arrival I was amazed to see two quadbikes being driven all over the remains of the ancient hill fort. By the amount of visible tracks, it looks as if it had been going on for most of the period with snow. The bike owners had driven into the fort in their vans and then unloaded the quadbikes. Once I was seen with camera in hand and pointing in their direction, they seemed to get a change of heart and 10 minutes later they had packed up and gone. I think they left because it was getting colder and not due to me! I can’t believe how stupid people can be sometimes and I can’t believe that you would actually think that riding a quadbike over an ancient site would be a good idea. With the ramps and ditches, I can see why it was chosen, but still it is not the right thing to do. Perhaps an enterprising Gower farmer could construct a man made course for the riders on their farm.?I bet planning consent would probably be denied though.? 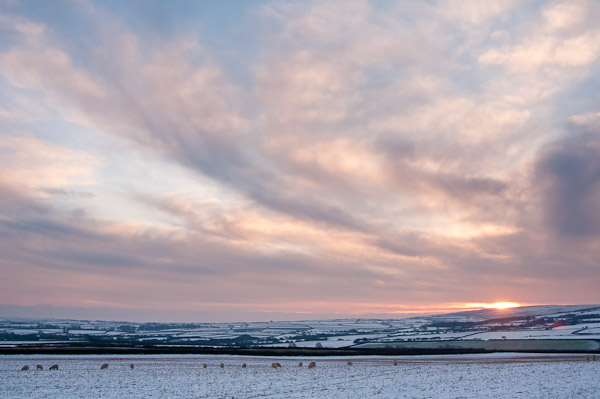 The light became quite flat as the sun went behind the cloud on the horizon, so I left the Down and travelled back towards Burry Green. The setting sun had light up a strip of the sky with an orange glow that got more intense in colour after the sun had dropped below the horizon. I knew that as I always have a daylight white balance setting on my camera this would give a blue colour to the snow in shadow. I can then adjust the strenth of this in Lightroom later to taste. 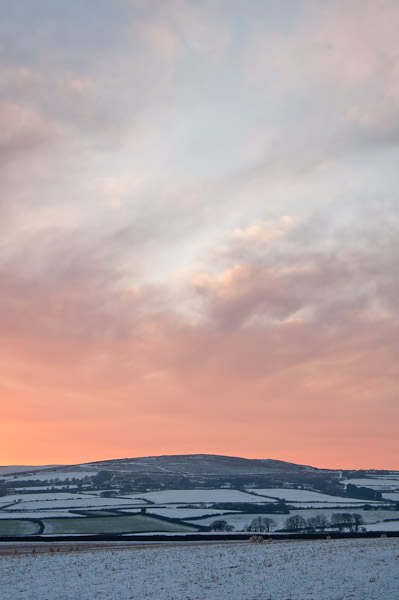 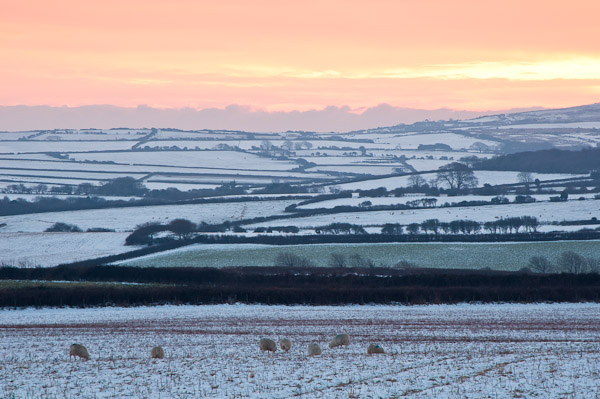