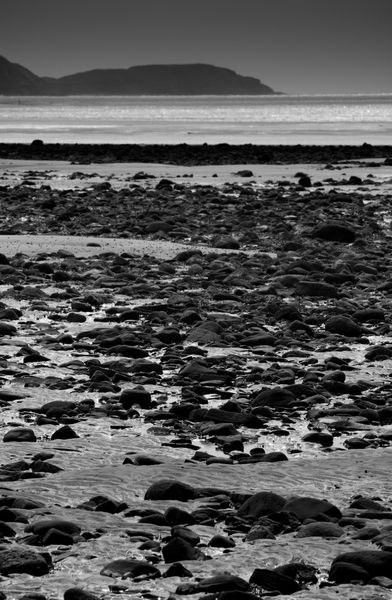 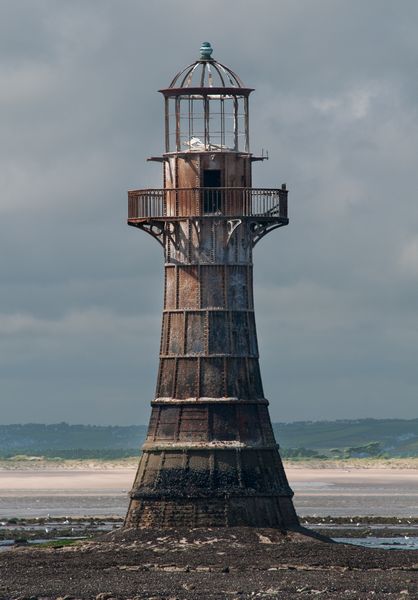 A couple of images taken yesterday on my Whiteford Point Day Course. We were blessed with a great day weather wise considering the rain we have had recently, although it was a bit bright for my liking. A few clouds formed which gave a bit more interest to the sky than a plain blue colour.

Both of the above images were taken from approximately the same place and show the differences than can be achieved by the position of the sun in relation to your subject. The black and white image had the sun above and directly in line with the lens. This washed out all of the colour from the image and as I had visualised the image being in black and white anyway due to the high contrast. In Lightroom I toned down the sky and foreground further with the graduated mask tool to balance them tonally with the middle ground. Apart from that no other adjustment was done apart from level and curve adjustment to help boost the contrast.

The second image of the Victorian lighthouse had side lighting from the left which allowed some detail to be recorded, but unfortunately the sky behind was quite light with clouds. A neutral density graduated filter would have darkened the lighthouse and lost the detail in the iron work so I darkened the sky and foreground with the brush tool in lightroom.

I haven’t seen the tide as low as this at Whiteford point before so it was great to have the chance to get quite close to the lighthouse and see the mussel beds around it. Being quite open, the wind was quite strong so quite a few of my images were slightly soft due to vibration. Even though I reversed my lens hood and weighted the tripod down with a rucksack, through the viewfinder I could see the lens vibrating. I tried to overcome this by taking multiple images in succession, but with a shutter speed of 1/20th I was pretty much onto a loser. At least one image was OK!