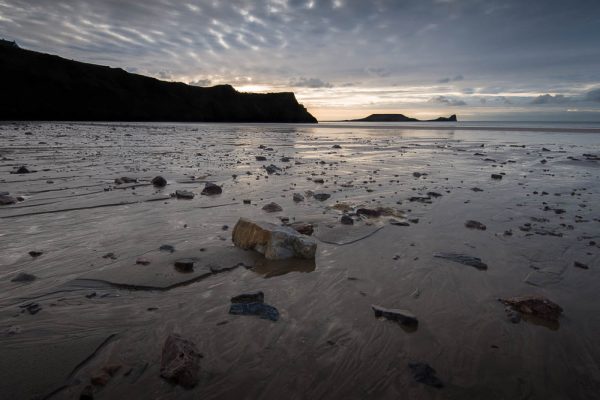 I visited Rhossili Bay a few times recently and chose to photography from roughly the same spot for two of the images. They are also taken at roughly the same time. The only difference is in the amount of cloud cover and the amount of sunlight still coming over the horizon. With the more broken clouds above the sun is managing ?to get some colour into the sky and onto the rest of the scene. This has resulted in the warmer light temperature. 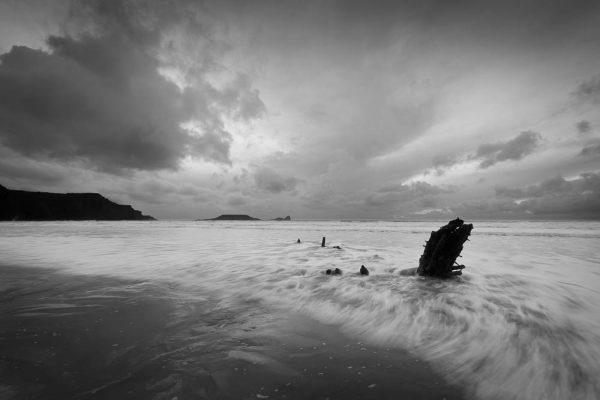 My next visit was on a really overcast day and the only way to get some contrast between the various elements in the photo was to convert the image to black & white to allow an higher than average increase in the contrast. I used the Helvetia wreck and the motion of the waves to build some foreground interest, with the dark area of the wreck counter balancing the dark coastline. 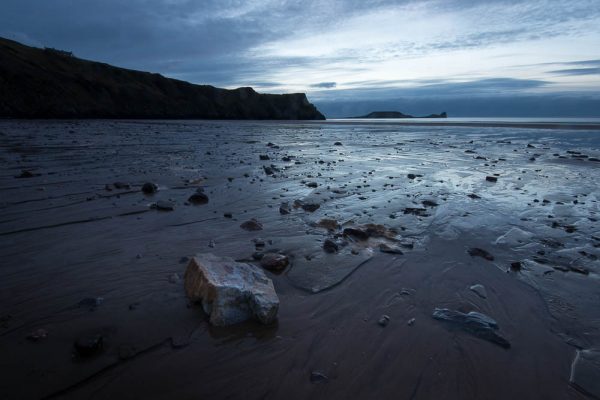 The final image is similar to the first and uses the rocks left on the beach to act as a foreground interest. I have noticed that most of the beaches on Gower have lost quite a lot of sand recently, which has changed the character of some of the beaches slightly. Mewslade is very different with lots of rock exposed at the moment. The sand will com back slowly, but it is allowing a few different compositions at the moment. I had to take some of the blue light out of the above image and warm the image up slightly as it was too blue due to my use of daylight white balance on all my images. I quite like the blue look after the sun has gone down, but this time it looked too much.