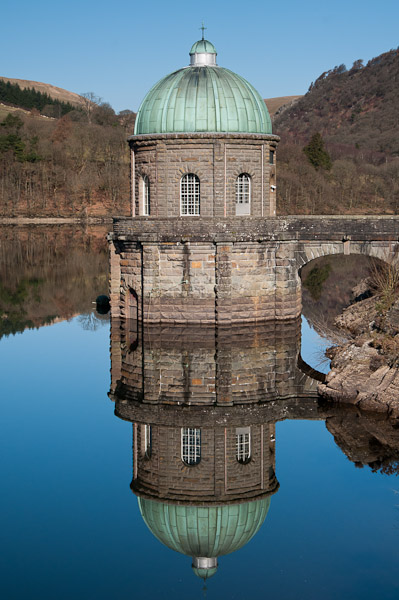 I planned this day course to take advantage of the drier weather in the valley and the chance to have some water flowing over the dams still. Well the weather was even drier than expected and no water coming over the dams!? So much for planning. At least we weren’t getting soaked. We all met at the visitors centre and then moved on to the various locations.? 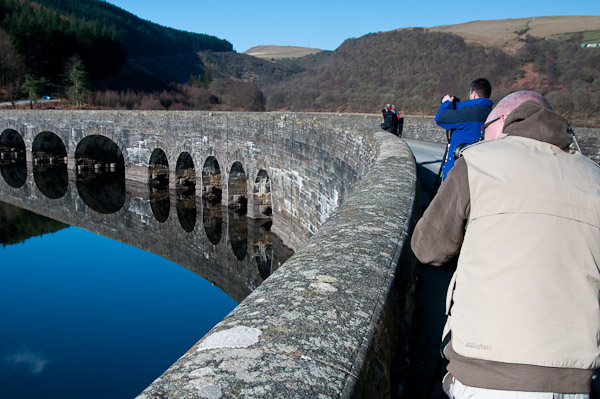 A perfect leading line! The sunny weather created a lot of contrast, which made life a bit harder, as we would often find that one side of the valley was in heavy shade and the other well lit. Everybody knew that it was postcard weather and we would have to see what sunset would bring. 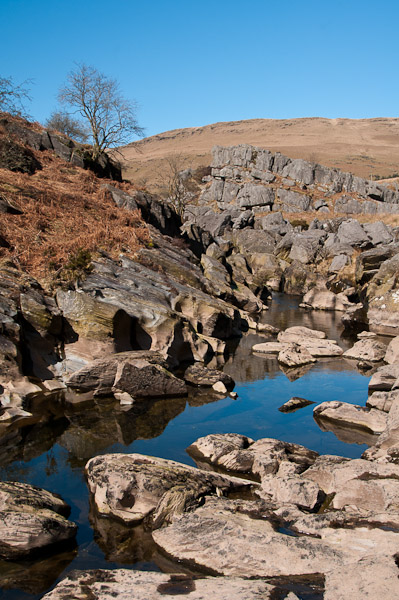 The water level was lower than my last visit, so the normally full chanel and waterfall were far less photogenic than normal. The river rocks had some interesting shapes and textures, but the high contrast made it challenging to photograph. 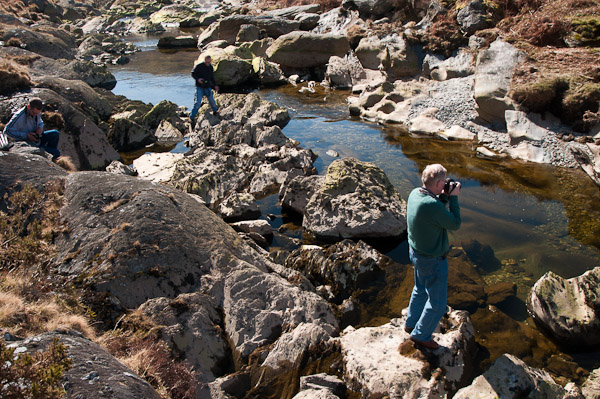 The Elan valley has a great mix of locations from wooded valleys, to open moorland and great man made dams divided by rivers and resevoirs, all in easy to reach locations by car. For those photographers who would like a little bit of the wilderness feel to their photographs, but either don’t have the time or inclination to trek out into it over a few days would be advised to check out the Elan Valley. 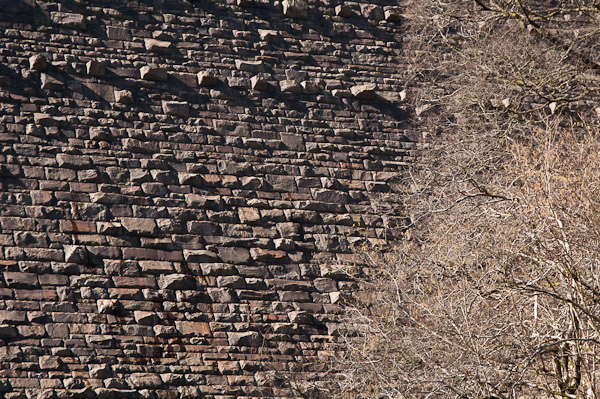 We waited for a sunset, but cloud rolling in from the west killed off any chance of interesting light, but some good images were made by the group to north as the only patch of sky with? some colours other than grey appeared for a few minutes. I would like to thank the group for a great day. Next?course Tintern Abbey on Saturday26th March!