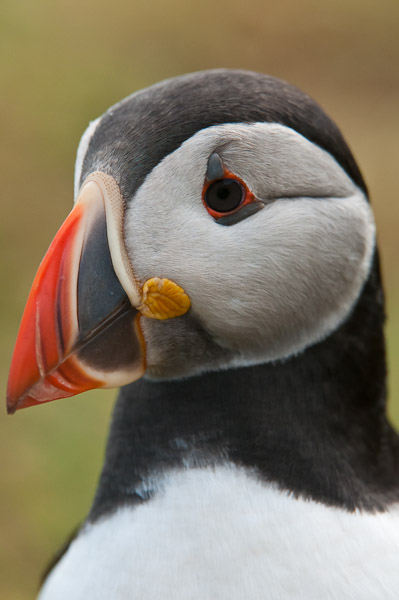 I managed to?give myself?some time off last week to indulge myself in one of my favourite places; Skokholm Island off the pembrokeshire coast. The island is owned and run by the Wildlife Trust of South & West Wales. After a few years of the island being closed to visitors due to failing accommodation and after the heroic work of the Trust, the Friends of Skomer & Skokholm and other volunteers to get it ready again for visitors, the island reopened this year for a limited period. Once I heard it was open again, I booked immediately. I prefer Skokholm over Skomer, as even though the island is smaller and hasn’t got the short eared or little owls, I think it is prettier to look at, still has most of the bird life and less humans on it.

My other reason for liking Skokholm was purely logistical. They used to provide catering for you and so allowing me to indulge in extra photographic equipment. Rules and regulations are making this too expensive and complex to do at the moment, so I became the master of boil in the bag, one pot cooking for my stay! This was also my first visit with my sound recording equipment, but strong winds made conditions difficult. I did manage a few recordings, but a huge amount of editing was required. I did get a recording of a few subjects like the Wren living around the Wheelhouse area: 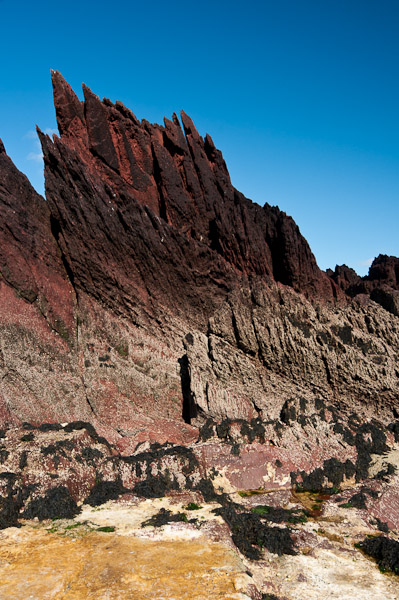 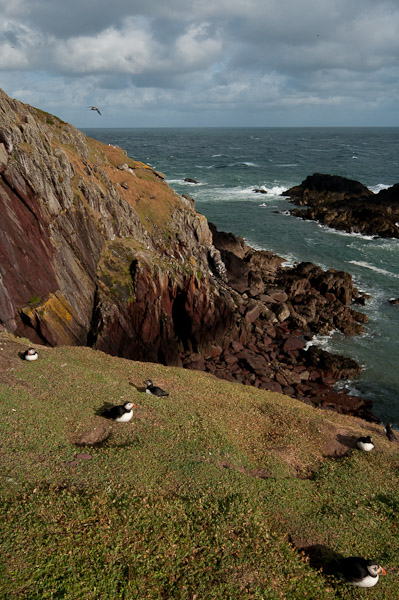 The weather was quite bright and sunny most days with some rain showers, but overall it was a good mix for photography, even though I didn’t do much during the middle of the day. This was my 15th visit to the island, so I had lots of the standard images that you try and make of the birds, so at this visit I wanted to experiment a bit more. I had?a few ideas in mind, some worked and others didn’t, but overall I think I?came close to what I wanted. 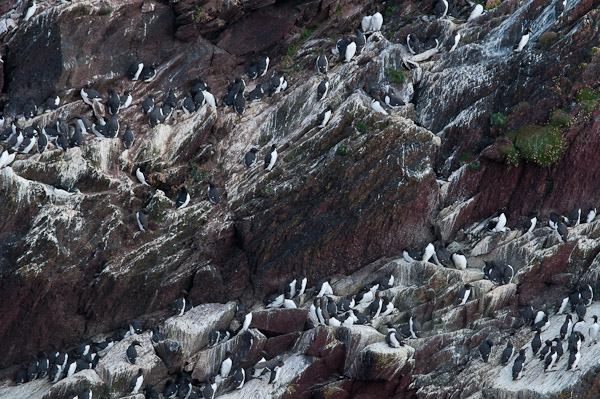 Not all the birds had hatched their eggs, so there was a good mix of brooding, egg sitting as well as feeding of the young. The Puffins were feeding chicks, but no Pufflings were visible at this early stage. 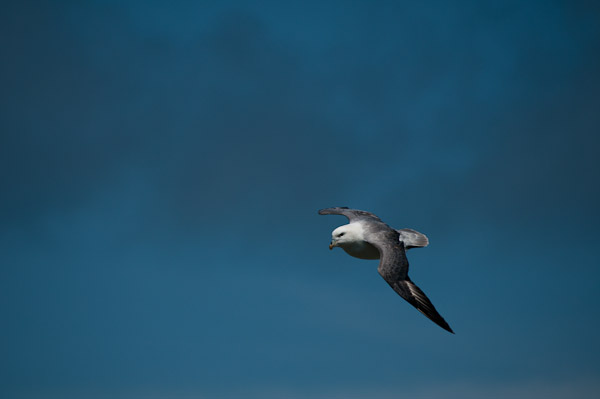 The Fulmars seemed to be enjoying the strong winds emmensely and as they have quite a repetative route on their gliding flight, you can start to try and make pictures of them in flight. With birds in flight, it is always a bit of a numbers game, so the delete key on my key board was glowing red hot after getting rid of the rubbish. 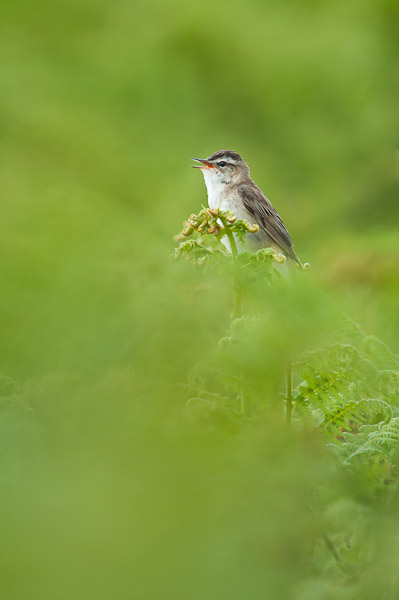 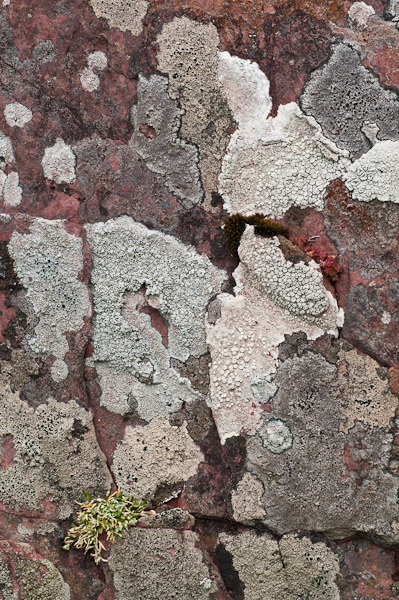 One area on the way to the landing dock at South Haven seemed to be the favourite area of the Sedge Warbler and it was quite easy to get close to the birds as they sang around the area of their territory. They lived in harmony with the Meadow Pipits that seemed to share the bracken with them and I never saw any confrontation between them. I managed to get quite a good sound recording of them here as well:

Lichen patterns are always a favourite subject of mine, and Skokholm has plenty to keep me busy. The colours seem more vivid on the ones on the island, with a lot more variation between them as well.

My final goal was not photographic but an audio recording of the Manx shearwaters at night when they are calling to each other. As mentioned earlier, the strong winds hampered my efforts, but I did manage to get something that is worth listening to, but only just! There is some wind noise on the microphone so you will hear some thumping sounds occsionally.

I’ve placed more pictures in a gallery on the main part of the website, so click on the link below to see more.