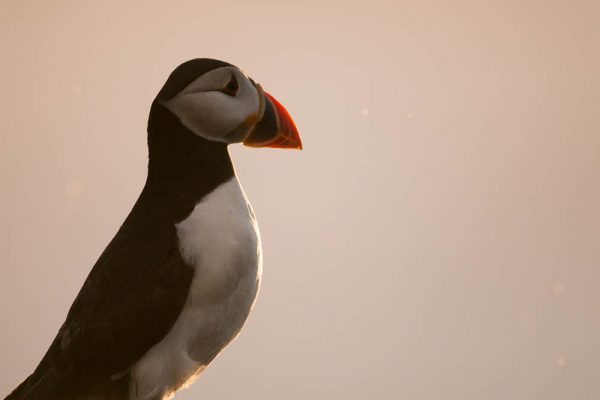 Having been so busy work wise recently, I had forgotten that I hadn’t posted any image?of my annual trip to Skokholm Island off the Pembrokeshire coast. This year with lots of June blue skies, I was less productive since I confined my photographic activities to after 7.oopm. Normally I would have done some early mornings as well, but due to very low wind conditions, I was concentrating on getting the surround sound recording of Manx Shearwaters at night which didn’t finish till 4.00am on some days. 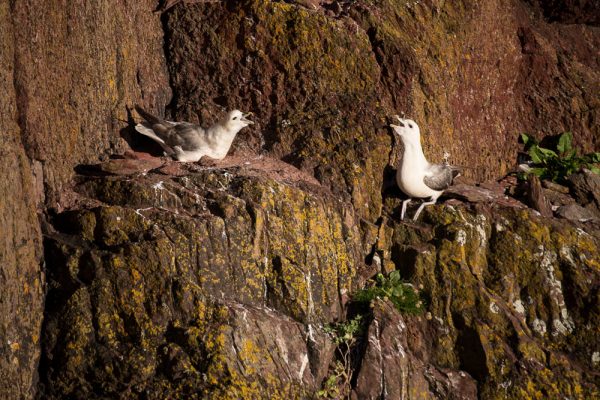 I have also decided to create a longterm project of the island, so I now only concentrate on one area of the Island at a time. This year the north shore was my main location, so I was photographing mainly the Auks and sea birds that nest on the cliffs there. 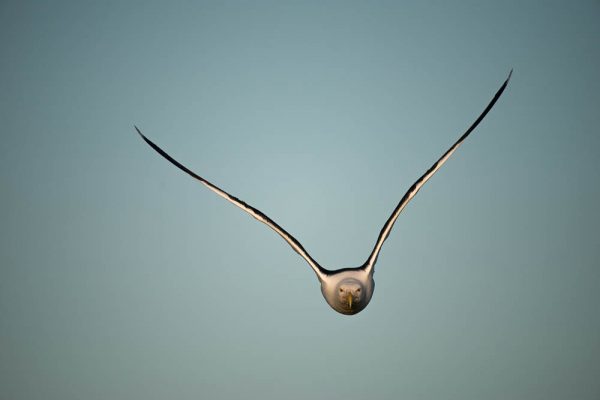 With harsh sunlight I attempted some back lit images of the coastal flowers, which although slightly beyond their best, still had enough colour in places to warrant a photograph. 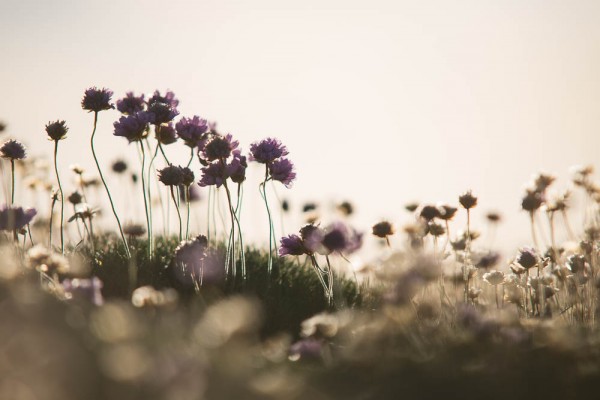 I couldn’t resist making a few Puffin images as well, so with the setting sun behind them, I experimented in trying to get a silhouette of the birds. Once again to my amazement, the exposure latitude of my digital sensor recorded a lot of shadow detail as well as the highlights in one exposure and as a result none of the images became a true silhouette. I could process the images differently to achieve a silhouette, but I quite like the shadow detail now. 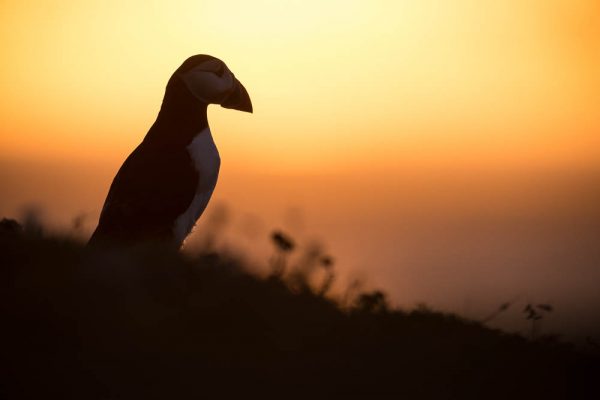 Even the evening light at the end of the day was quite contrasty, so photographing mainly dark or black and white birds proved challenging at times. The only upside was most of the shadow areas when very dark or black as I exposed for the white highlights. This cleaned up some backgrounds and allowed me to isolate sections of the cliffs, like in the image below. 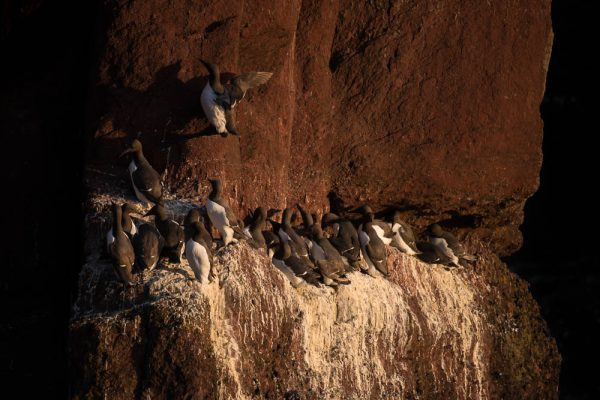 When on the island I always get to indulge my love of photographing cloud patterns as the even light often produces strong colours of all hues. They are simple images to make, but when put together, it is interesting to see the wide variation that we get, but often ignore. I haven’t joined the Cloud Appreciation Society yet, but perhaps I should! 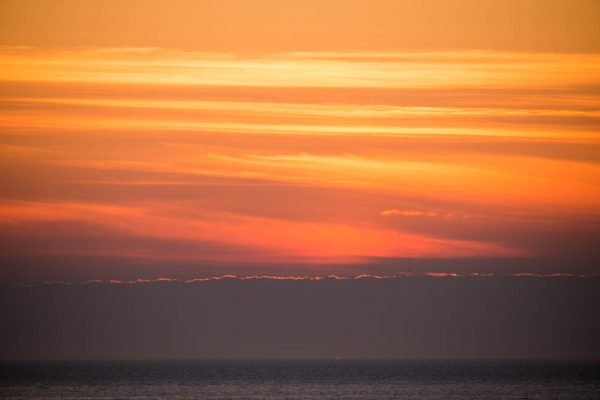