Being Lazy with a Back Garden Safari 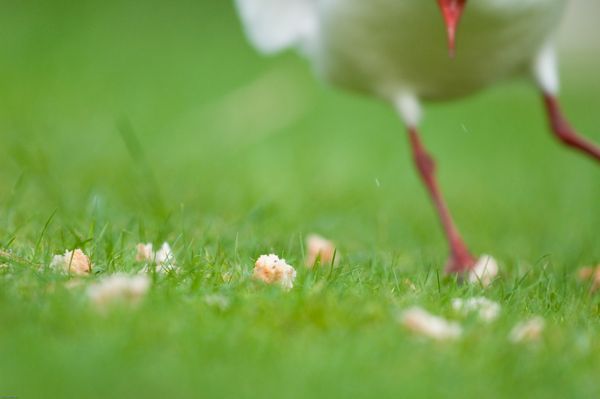 I have purposely posted this image first as I’m sure most people would would consider this rubbish. I actually quite like it, even though it breaks most of the photographic rules, and took no skill on my part. I was testing some hides in my back garden to check comfort, the best equipment layout and feel in use when this gull came down to the remains of some of my sandwiches. Typically I had the wrong lens on at the right time, I wasn’t in the correct position and wasn’t even looking through the camera. Out of the corner of my eye I saw the bird land, I flicked the focusing switch?on the back of the camera to activate?all of the focusing points and without looking through the camera, pointed the lens roughly in the direction of the gull and pressed the shutter button. 99.9% of the images were rubbish (some would say 100%!) but for some reason this appeals to me. I don’t know why though! 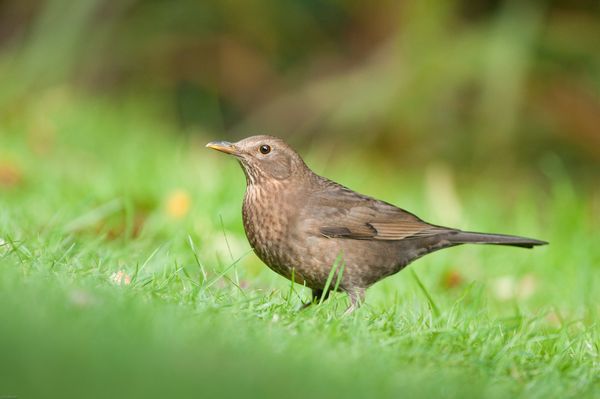 This is more typical of the images I was making with my hide trial. By using a bean bag low on the ground to get this low view point it helps to isolate the bird from the foreground clutter, in this case grass. 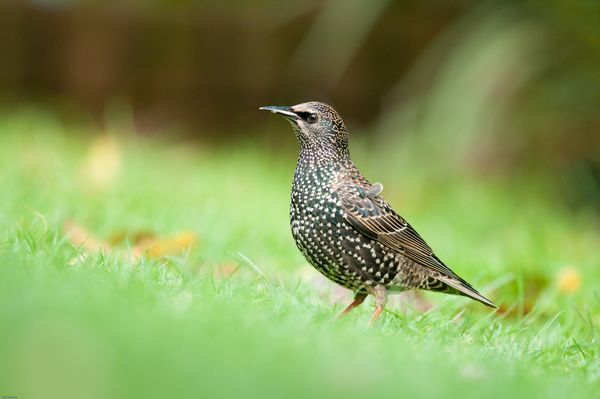 This is a similar image to above with the same set up. Starlings have some great patterns on them and are more colourful than they first appear. If only this one had spent some time preening before its 15 minutes of fame; the out of position feather bugs me! 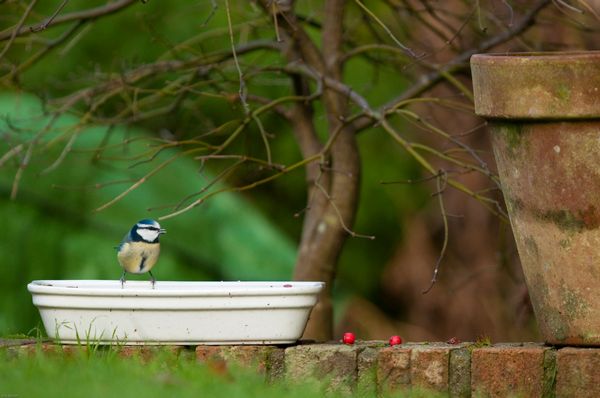 This image shows me two things: it doesn’t seem to matter what your bird bath is made of, it will always get used and that I need to get a more photographically pleasing type!

The final image is nothing special, but it was the best opportunity to get an image of a regular visitor to the garden this winter. Spot the difference! 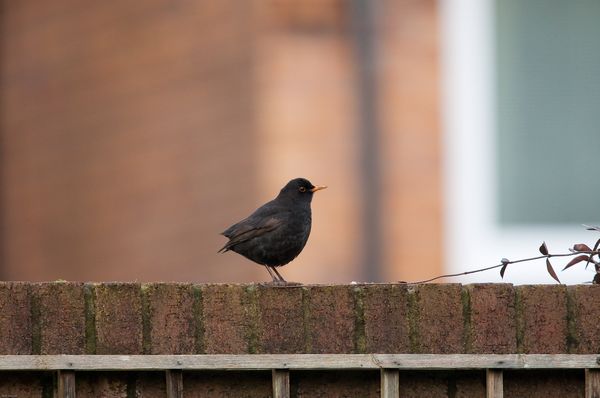 I don’t know how this blackbird lost it’s tail feathers, but it doesn’t seem to have any problems with flying and is just as maneuverable as the other birds when flying. Plus he?holds his own with the 13 other blackbirds that gather for their feed each day.

As for the hide trial. I was testing ground level hide options and I have discovered that I am too tall for most of them. Being 6ft 4inches tall has it benefits sometimes, but trying to find a hide long and low enough to take ground level images with the camera covered inside the hide is difficult. The one I used to use seems too small and uncomfortable?now. Perhaps I’m still growing! There are purpose made hides available such as those by Wildlife Watching Supplies which are great (I have a standard dome hide) , but they are quite expensive and not the sort of thing I would like to leave unattended. I have found that some tents available from military surplus suppliers work quite well with some modification and are much cheaper. Plus if they get damaged or stolen; this affects all wildlife photographers with hides at some point, the cost is not so much of an issue.