A little bit of snow at last and an early start on Cefn Bryn, Gower. 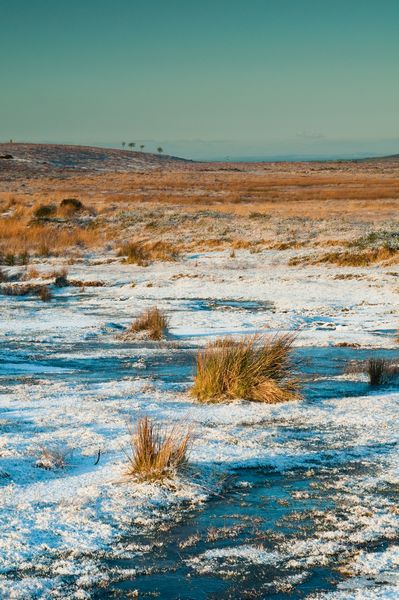 A small sprinkling of snow arrived to cause the usual chaos that seems to happen in this country. Being close to the sea means that we don’t get snow very often and not that much when it does arrive. When it does arrive it is difficult not to run around like a headless chicken trying to make all the images that are planned in your head for an occasion when the snow arrives. I had to get on site early as I was trying to avoid foot prints in the images.

I chose Cefn Bryn and Arthurs Stone as my first port of call as I thought it would allow some views of the Gower Peninsula covered with snow. As I drove towards it, I could see that the snow was thinning out and in the west of Gower no snow had landed at all! Luckily I was the first to arrive at the car park area, so the thin layer of snow was still undisturbed which allowed the making of the above image looking west with my favourite trees on the horizon before I moved onto Arthurs Stone. 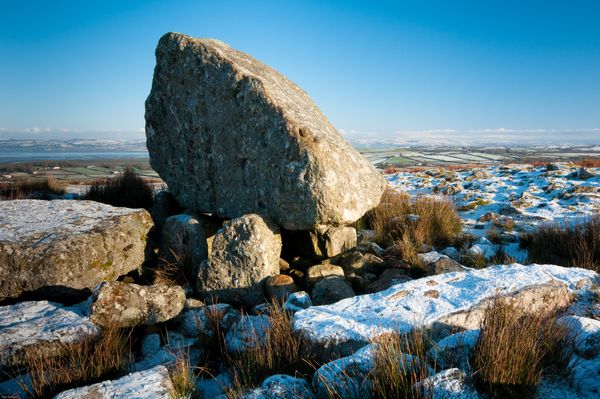 My first images of the stone were average, and it was only after a few visitors had arrived and left that I managed to make this image which I feel more pleased with. Some foot prints are visible in the snow areas, but they are not too noticeable I hope. The sun was starting to melt the snow quickly now, so it was time to move on to my next location which earlier on didn’t look too promising, but had started to change with the melting snow and ice: Broad Pool.