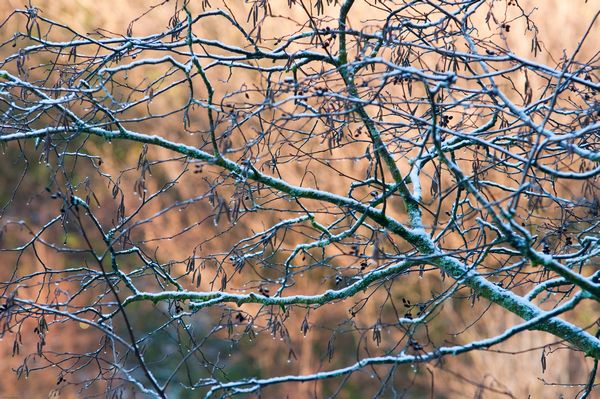 I left Broad Pool and moved onto Ilston valley as I knew that it would be in shade for most of the afternoon, and with the low temperatures the snow would still be present and last longer. Being quite a small wooded valley, it is a very cluttered visual scene and poses some difficulty in making successful photographic images. Once again I tend to end up make detail images more than true landscape images.

It was the diference in the cool blue of the shade contrasting against the warm colours of the sunlight trees in the background that initially caught my attention. The problem then was to find a pleasing composition that seemed to work with the pattern of the branches. After a few attempts this seemed to be the best angle and most pleasing to my eye. 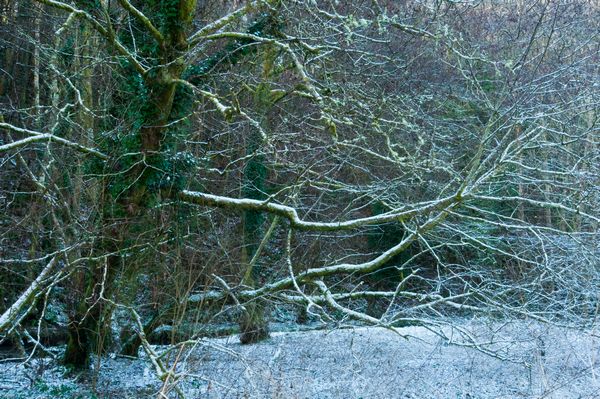 The same tree from the opposite direction just gives a pretty standard image of a snow covered tree. You can also see the visual clutter that is hard to pare down to a single image. Making images of details makes this process easier, and in some locations a visual story of the location has to be made through a collection of detail images rather than through one single image. 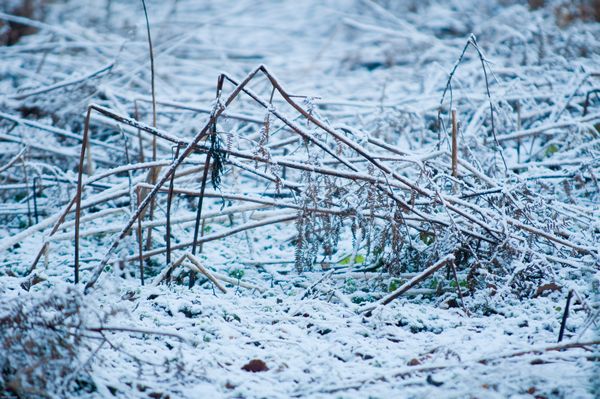