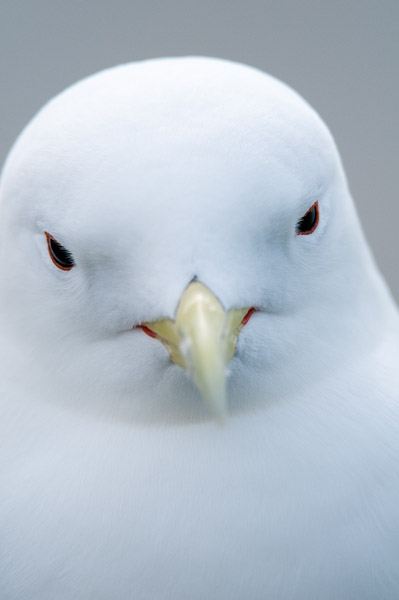 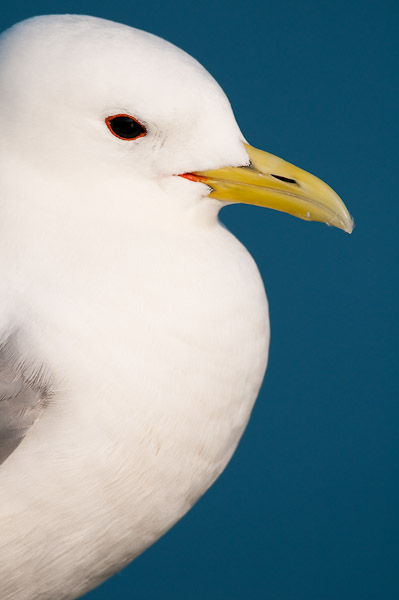 The Kittiwakes continue to do well at the Pier. Most of the chicks are quite well advanced, with most adults with two chicks. There are still some smaller, newer chicks around though, so it is possible to see a cross section of age ranges. I am still continuing to make the more straight images of the colony, but have found the process of making the portrait images quite challenging and fascinating at the same time. I noticed with some of my earlier attempts that the depth of field was so shallow it was nearly impossible to get the eyes sharp. In sunnier conditions the brighter light has allowed more depth of field to be used with a high shutter speed. Unfortunately the adults rarely keep still, so maintaining focus has been difficult. With auto-focus loosing the focus point if the sensor leaves the eye, and my manual focus skills lacking to cope with their movement, it has turned into a numbers game. Some times it all comes together and then it really works well, with pleasing images and the look that I am after. 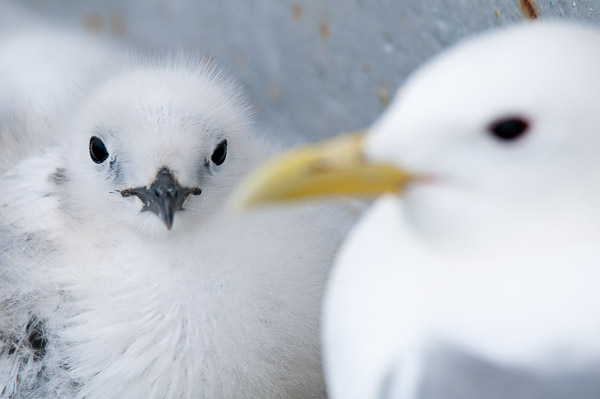 As well as portraits I have been trying to get some of the interactions between the young, parents and other birds around them. This is proving difficult to get some variation, but overall there is a coming together of the overall behaviour. The young chick above was staring attentively at it parent as it was trying to stimulate the adult to give it a feed by pecking at the adult birds beak. I just like the look on its face. 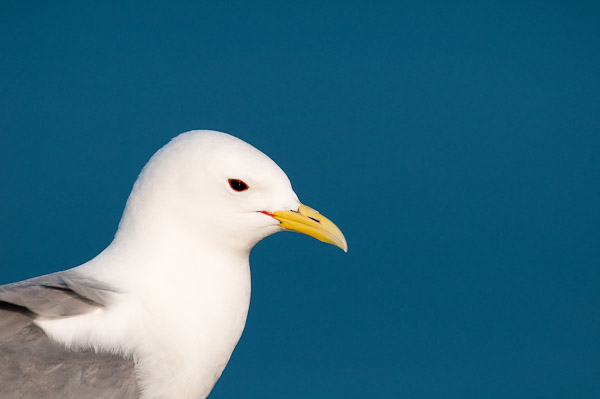