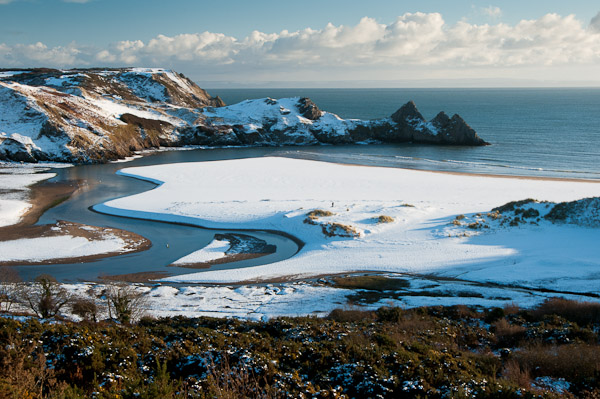 After returning home from Clyne Gardens and Swansea Bay, I headed out to Three Cliffs Bay to see how it looked. Normally the headland at Three Cliffs Bay is in shadow with the light coming from the south, except in June and July evenings when the sun strickes the headland directly. With the snow on the beach some light was being reflected back into the headland and lightening the shadow. The path of the Pennard Pill has changed slightly from some of my previous photographs taken previously, so it is always intereseting to see the changes occurring. This also provides an extra reason to keep returning to the same place to document the changes. 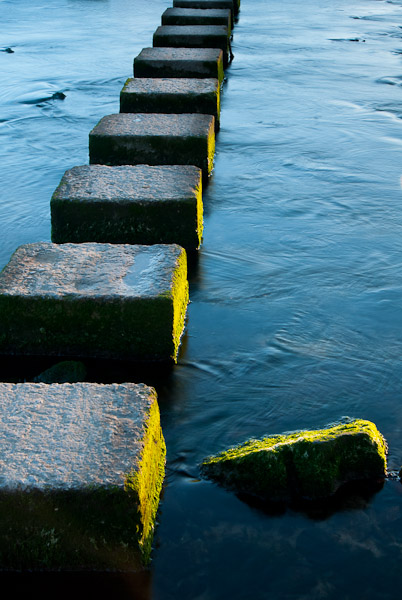 I noticed that the low sun had spot lit the mossy sides of the stepping stones that allow you to get across the pill into the bay. Probably the better view whould have been from further around to the right. Going too far would have reduced the contrast visible between the darker water and the sunlight sides of the stones. Too far to the right caused the colour of the water surface to lighten and hence some of the dramatic contrast was lost. As the water was very cold and my boots weren’t high enough I decided to photograph from the stones themselves. It the water had been warmer or I had higher boots on I probably would have waded into the Pill for a slightly wider view. I’m not sure what a fellow photographer who squeesed past my set up thought I was taking pictures of, but I am pleased with the result. 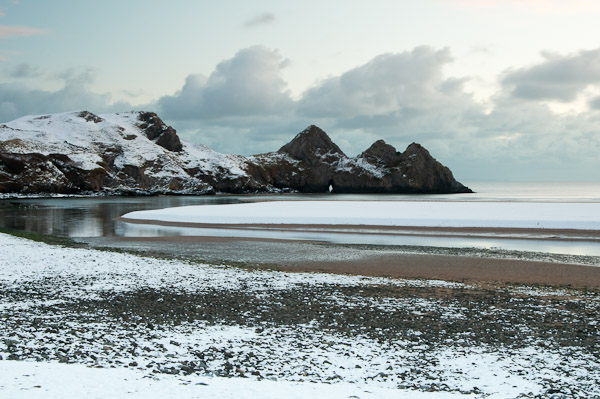 As the sun dropped towards the horizon it lost some of its strength with the contrast being removed from the scene. The flatter light had some of my fellow photographers heading for home, but I have learn’t the lesson many times that you only leave when you can’t actually take any sensible pictures because the light levels are too low. Even though the light looked flat there was some directionality to it, plus the horizon started getting some nice orange and yellow colouration. 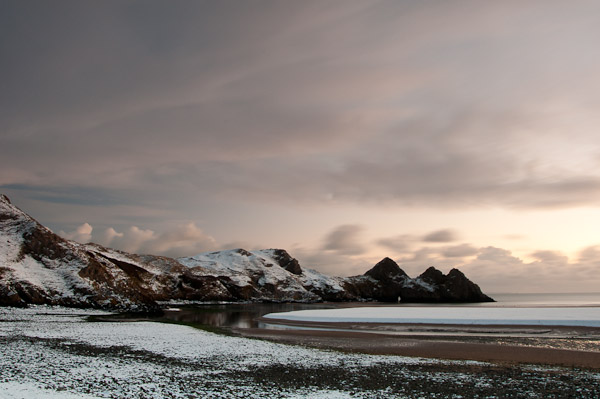 Once the sun has dropped below the horizon you can get an effect where the light levels actually increse temporarily. THis is easily noted with exposure setting needing to be adjusted. It doesn’t last long, but normally it produces good light and helps improve a scene. As my exposure were getting longer as the light levels dropped I decide to emphasis the motion of the clouds more. I didn’t want a total blur as the definition of the clouds would be totally lost. A 30 second exposure gave enough movement blur in the final image, plus it allowed the orange light on the horizon to pick out some of the headland detail, giving it an orange glow.