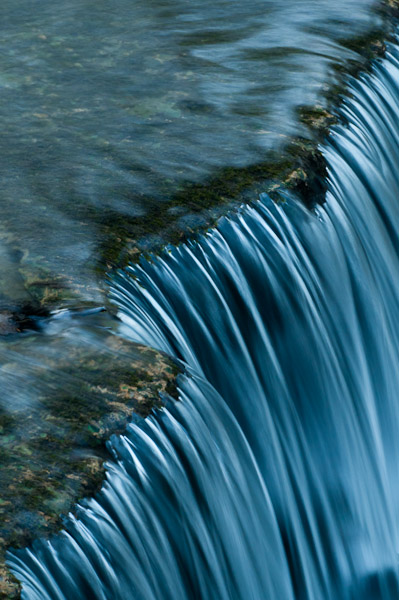 I had a quick visit to the reserve just to see what was going on a few days ago. The stream on the border of the reserve is quite full which has produced a mini waterfall at the ford. Although not much taller than a foot or so, it was producing fantastic patterns and reflections. I spent quite a while working out a few angles on my way out of the reserve and as seems to be my way of working at the moment, I used just the one lens; a 90mm macro even though I didn’t need the macro element for the images. 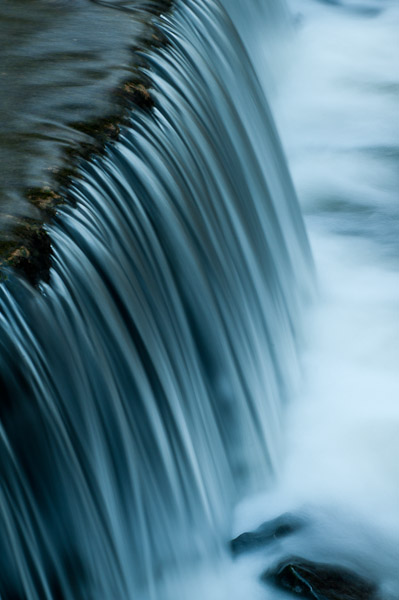 As I tend to shoot with the daylight balance setting on my camera, a lot of my shade and long exposures have a blue colouration to them. This is just a difference in the colour of the light and one I quite like as this used to happen with film unless you compensated with warm up filters. I processed the two images slightly differently, with one retaining more of the blue cast that was in the original file. With both images I tried to get the fastest shutter speed possible and as a result had to use quite a high ISO setting on the camera. As I have stated before, I am not the biggest fan of long exposures with running water; the white, detail-less, soft, mushy look just doesn’t look correct to me. I quite like a technique expounded by the late black and white photographer, Barry Thornton. He used multiple exposures of a scene of running water, all taken a fast shutter speeds to build up an image that showed the water motion, but had some sharp detail as well. The number of frames he needed to take depended on the exposure details of the scene and what shutter speed he wanted to use to freeze the water. For example, if the main exposure was 8 seconds, he would make 8?exposures at 1 second on the same frame. Barry actually used faster shutter speeds, so would end up taking more frames than the above example, but hopefully you get the idea. It is described better in one of his books, but unfortunately I can’t remember which one it is in, but check them all out anyway. 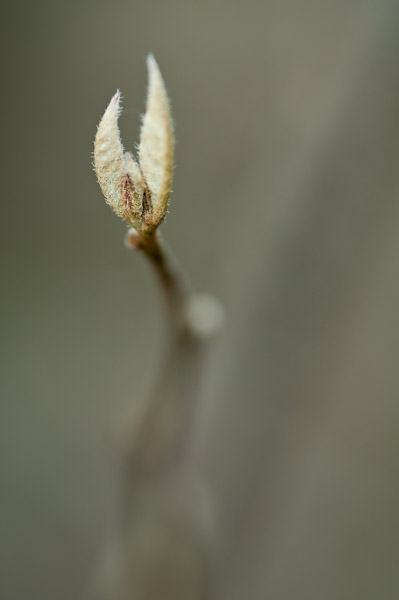 The central part of the reserve, which is the old quarry face, is quite sheltered from the elements. The trees are just starting to bud with a few young leaf shoots as well. Otherwise there is not too much happening at the moment. It made a nice change that I didn’t return with lots of insect bites, I don’t know why but in the summer months I always seem to get nibbled when photographing here. I don’t feel anything at the time, it is only the next day when I seem to notice them. It doesn’t happen to me anywhere else on Gower, but the reserve is always worth visiting anyway. 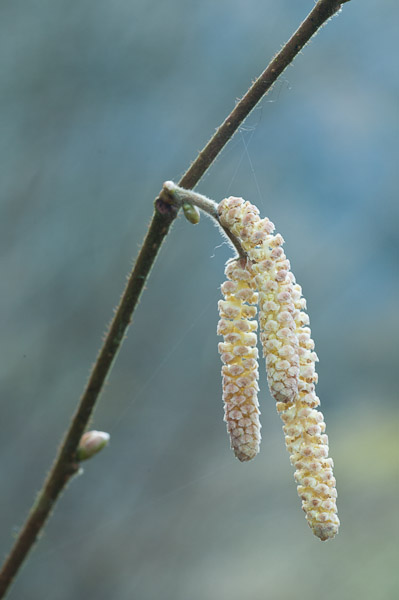