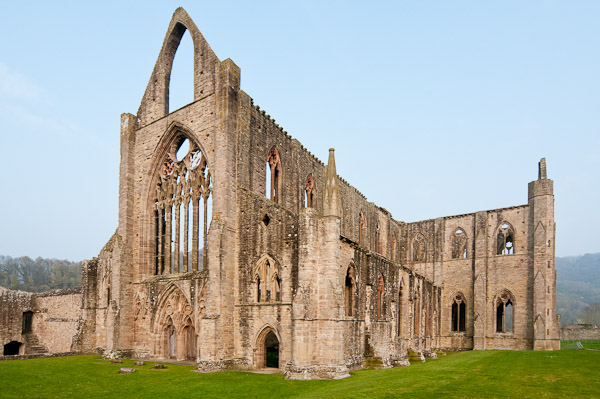 Tintern Abbey is a visually stunning location, but a really difficult location to photograph. The light at the best times of the day to photograph is blocked out by the high valley sides. For the day course we had better weather than expected, but it was quite harsh and hazy for most of the day. This resulted in white skies for a lot of the day. When the sky did cloud over, luckily we were just taking detail images in the grounds of the ruined St. Mary’s church on the valley side.

To get a clear view of the abbey without walls, fences or lights, you have to get in very close with an extreme wideangle lens. Pointing the camera up causes converging verticals in the image with the appearance of the Abbey falling backwards. Adobe Lightroom has a correction tool to try and adjust image distortions?which I used on the image above. You loose some of the image in the final crop, so it is worth giving the main subject some room so It doesn’t get cropped off later. The correction is not perfect, but quite impressive and much cheaper than a tilt and shift lens! 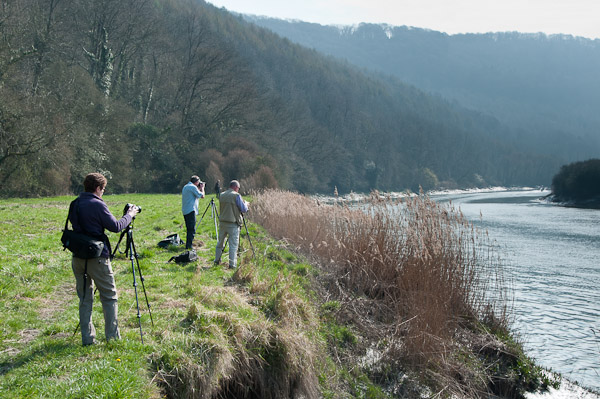 We crossed over the river to see if we could get a different view of the Abbey, but the light was getting very harsh at this point. The view of the Abbey was limited, so we concentrated on views of the river and details of the surrounding area. With less contrast and a more interesting sky, interesting images from this angle will be possible. 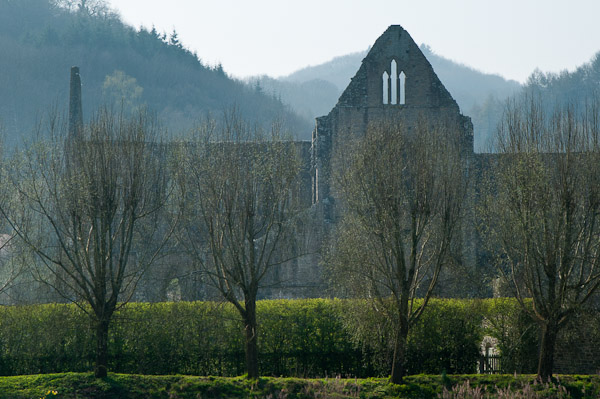 Spring was a bit more advanced in Tintern compared to Gower, so the Hawthorn flowers were starting to come out and most of the trees were in early bud.?The image below of the hawthorn flowers with river reeds behind them is visually chaotic, but I like it. There is no real point of interest, but I like the patterns in it. This is probably one of those images that other people can either?love or hate. 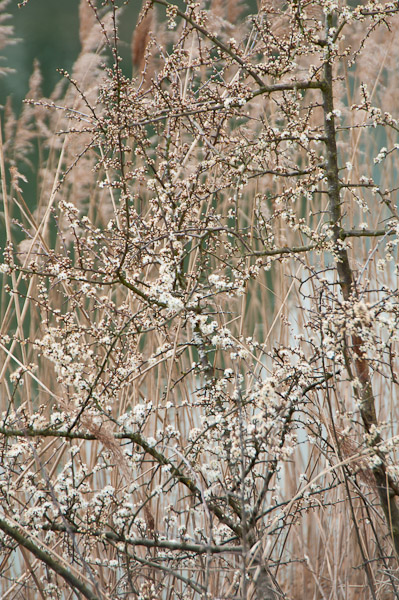