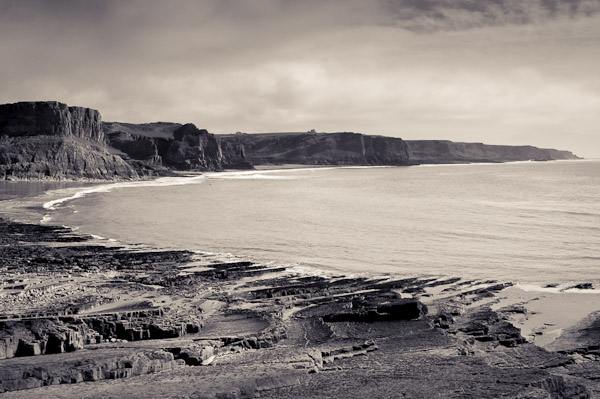 Well the dust has finally settled after the Gower Coastal Workshop and I would like to say thank you to Paul, Nur, Jackie and Judy for taking part. I hope you all enjoyed the three days and learn’t a few things about photography. Going by the results in our evening review sessions, I think they all did very well and produced some great images in quite difficult weather conditions.

Day one was spent around Worm’s Head and the causeway. The weather was overcast and very flat, with not very attractive lighting. We concentrated on making images of details, instead of wide landscape views and thought of images that would be suitable in black and white. 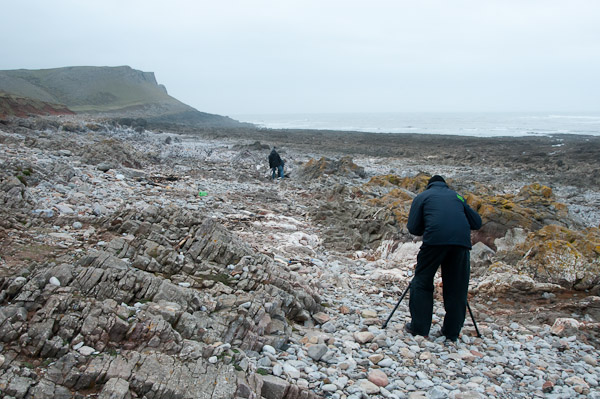 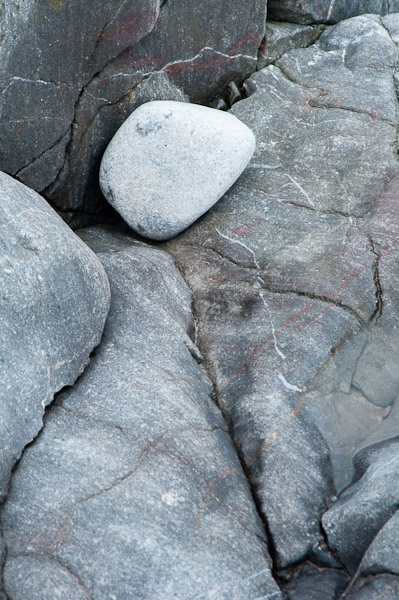 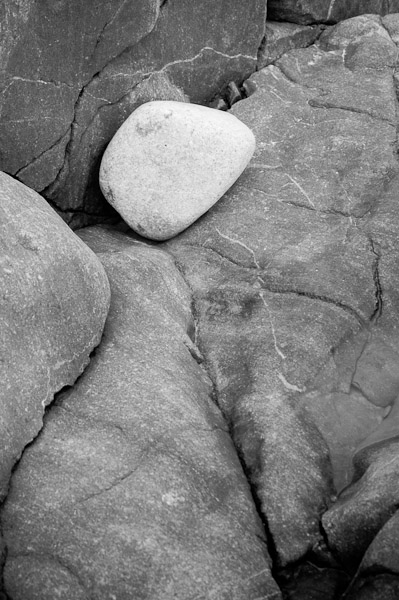 After a bite to eat we moved down onto Rhossili Bay to photograph Worm’s Head and the Helvetia wreck. The light continued to stay overcast and flat, so no sunset. The weather forecast was for the sky to clear and the sun to come through, unfortunately this never happened.

Day two started with? a little bit of cloud but was soon clearing with clear blue skies coming through. We moved onto Mewslade Bay to explore the beach and rocks. The light became very bright, with heavy contrast, blue skies and a slight haze over the sea. 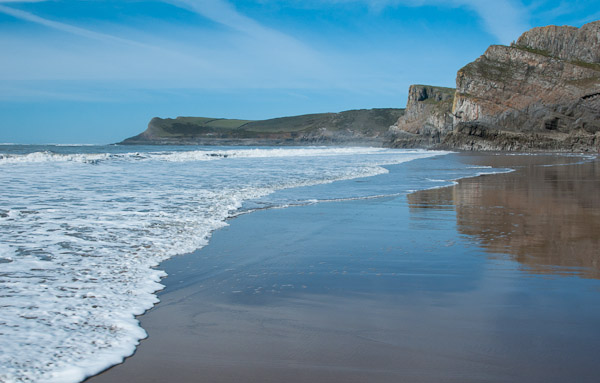 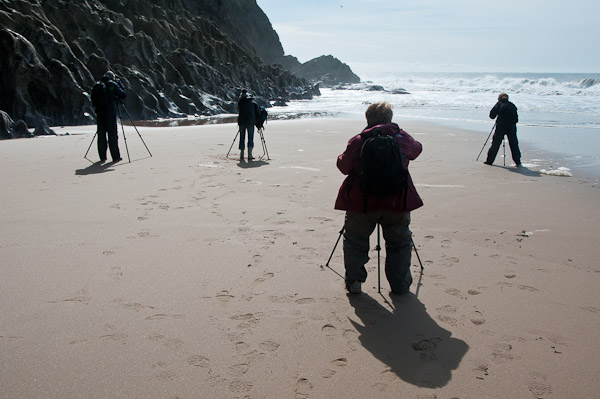 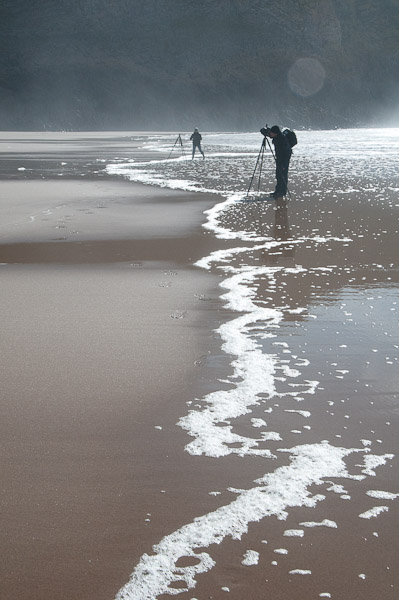 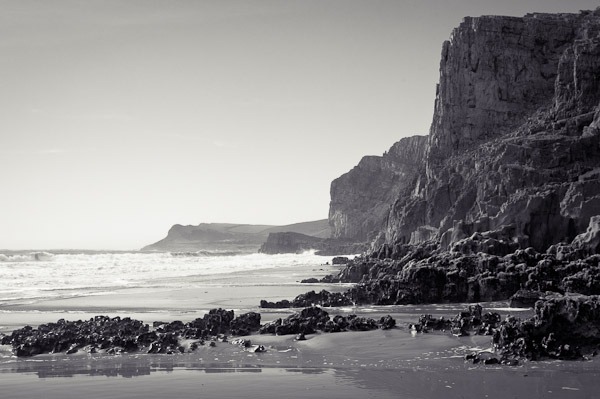 After a fewhours rest back at the Worm’s Head Hotel we headed back down onto Rhossili Bay to try for another sunset. This time with the clear blue sky, it look more promising and as hoped we got some great light. It wasn’t the most spectacular sunset, but some great colours developed as the sun descended and dropped below the horizon. 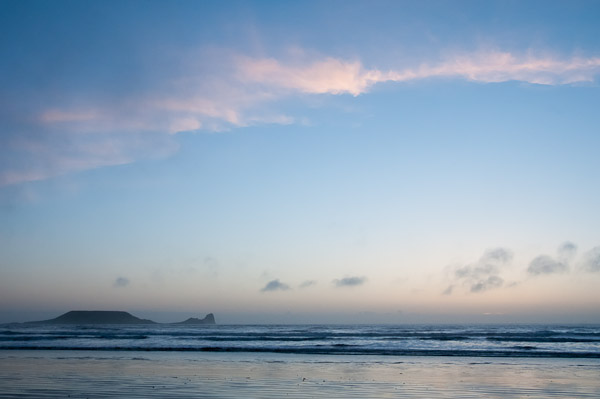 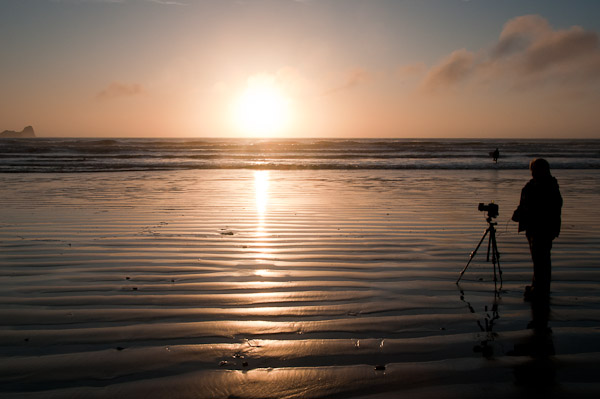 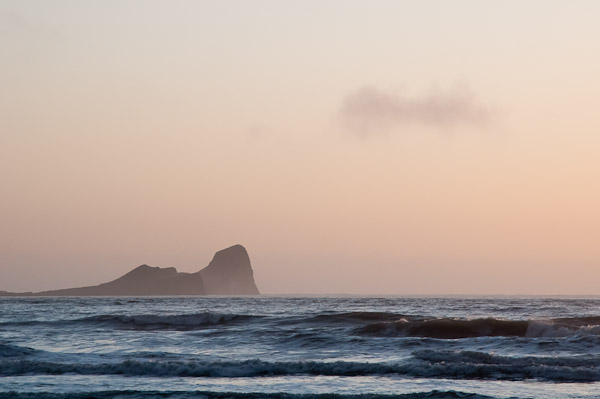 Day three took us to Fall Bay, once again in bright and sunny conditions with the occasional overcast spell. Fighting the contrast in the scene was our greatest problem, and once again I was encouraging the group to consider black and white conversions of the images later. In high contrast scenes, black and white works very well, where as colour images struggle to get beyond the postcard style. 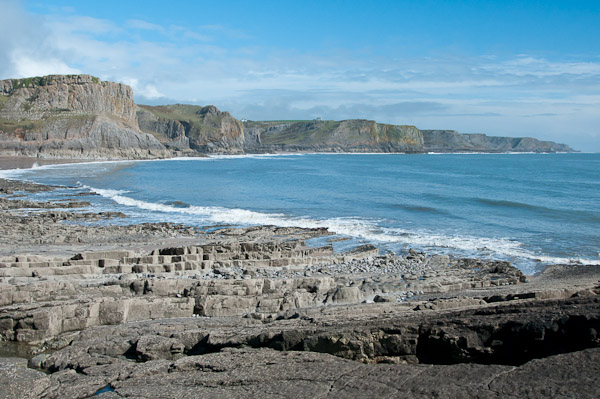 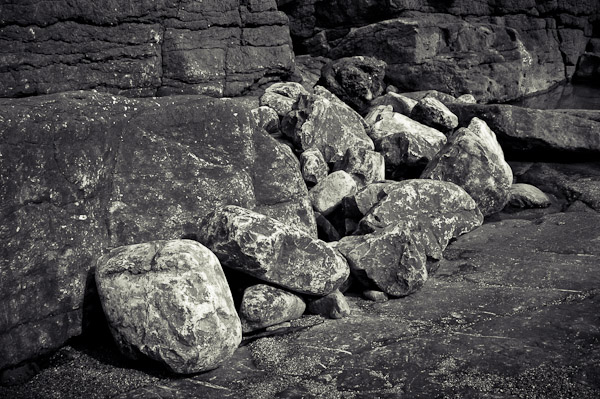 After lunch we headed back to the hotel with time for a few more pictures of Rhossili Bay with the blue skies still dominating. With goodbyes completed, it was time for everyone to depart on the journey home.

You never know what the weather is going to be, but overall we were lucky that it stayed dry. The low contrast and cloudy weather allowed us to try close up, detail images and the clearer blue skies allowed the opportunity of one sunset at least. Normally during the bright, harsh light of the middle of the day, I wouldn’t bother to try and make images, so it proved a new challenge for me to find views or items to photograph. The workshop is designed for people to learn about photography and the great thing is I continue to learn too. 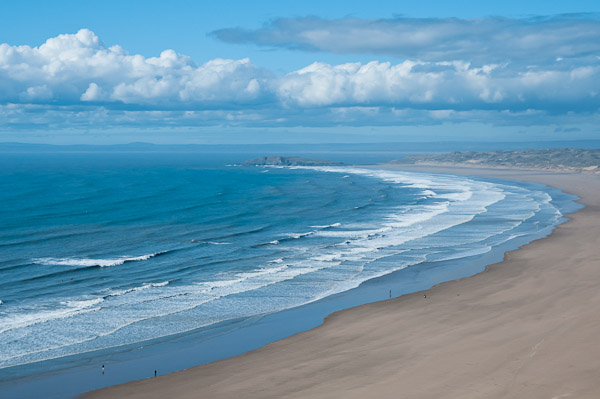 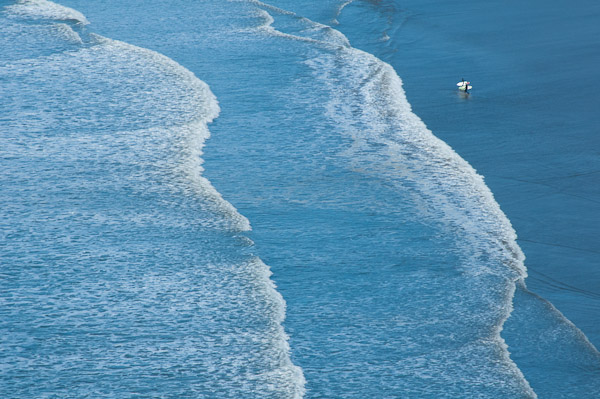