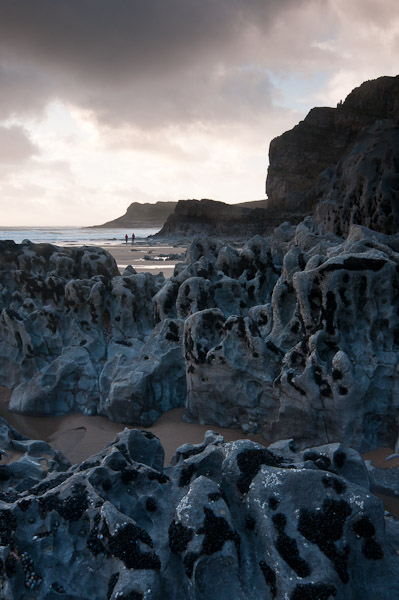 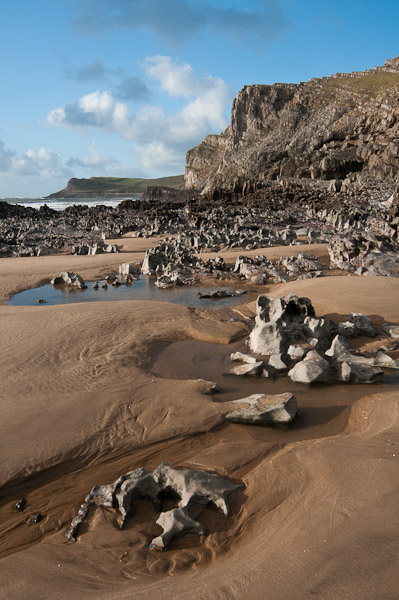 I realised the other day that I hadn’t taken any pictures for myself for almost a month. The withdrawal symptoms were kicking in! What with finishing work for other clients, getting ill and losing my voice for about 8 days and getting ready for Christmas; time flew by at an alarming rate. Typically after last years wonderful snow, we were back to normal this year with a dark, grey and wet Christmas. Ideal weather to play with my toys from Santa, but not the best weather for feeling inspired to make some photographs.

Finally on Wednesday the weather looked more promising, so I decided to try and get out and about. The tide times looked good for Mewslade so off I wondered for the morning. 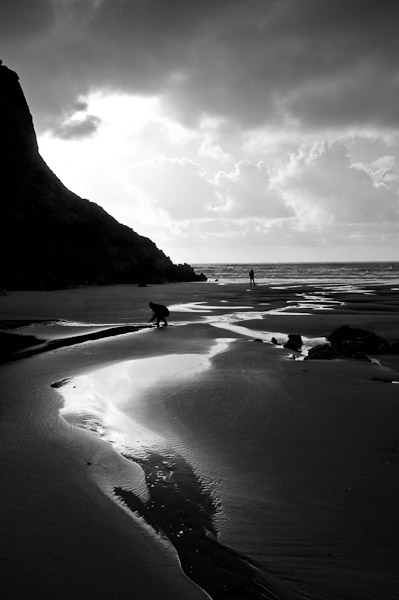 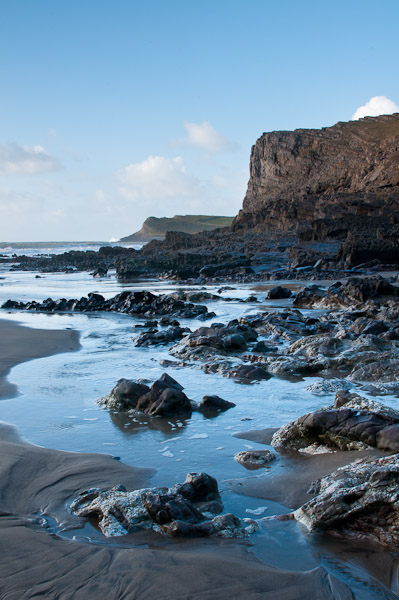 I was surprised that the beach wasn’t busier. You would think in these troubled economic times that using the free (okay, there is the car parking fee) resources around us would be popular and going to the beach doesn’t cost much. A few left over Turkey sandwiches for a picnic, plus cake and mince pies taste so much better when outdoors! When I arrived there was a covering of spume foam over the path to the beach. Being about knee deep probably put most off, but later on it had cleared with the wind taking the foam away. The sea had taken quite a bit of sand off the beach and more of the rocks were exposed than normal. Great for photographs.

Anyway, I got so carried away I stayed on the beach the whole day until a cloud-spoiled sunset at the end finally encouraged me to leave. Unusually for me, I even skipped lunch, so I was slightly cold and hungry when I left, but I was pleased with the images, as I felt I had managed to get a good variety in the changing light. 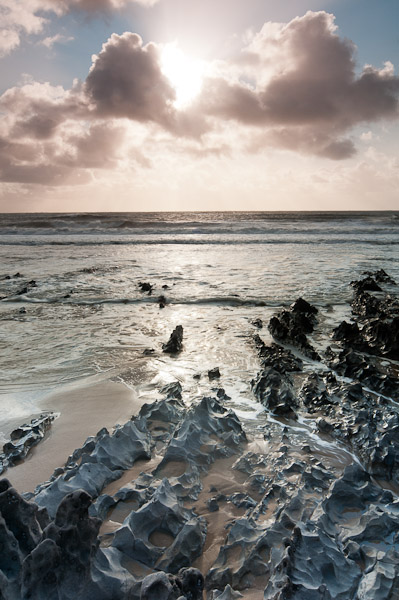 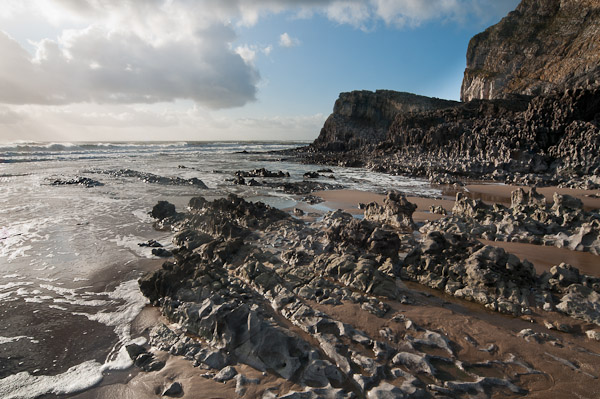 I was hoping to get some audio recordings as well, but the wind was proving too strong to get any of any value. I think the image below will become the cover artwork for a planned, but yet unrecorded ambient CD of the sounds of Mewslade bay. With the current list of ideas that I have, expect this to be released around 2050AD! 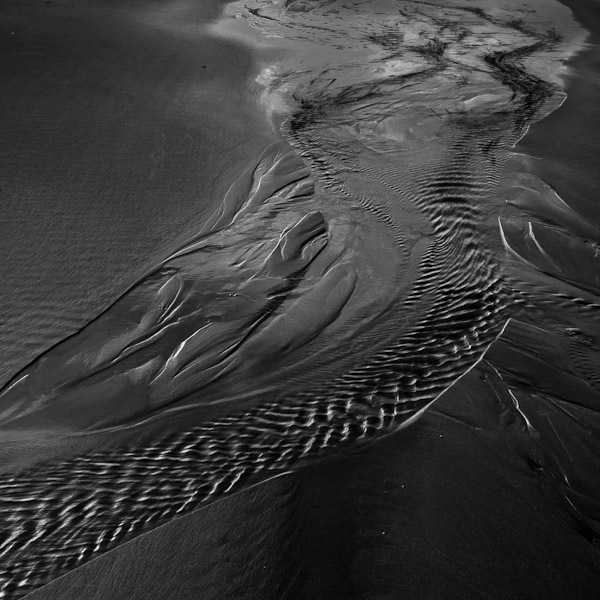