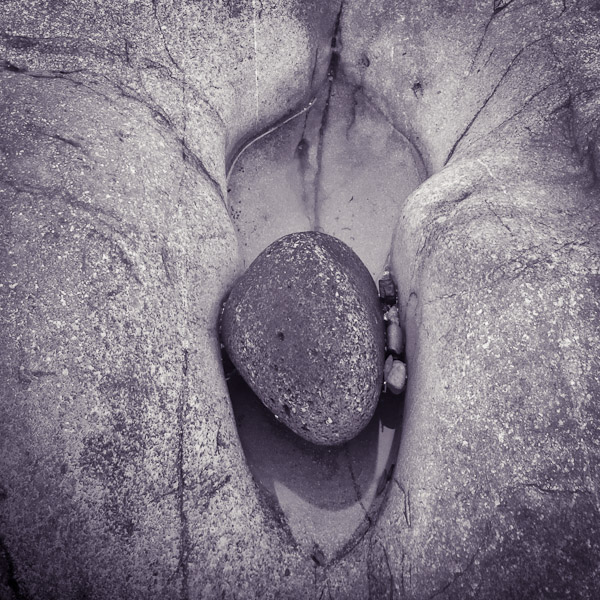 I hadn’t managed to make any images recently with the demands of computer work, emails and phone calls. The weather hadn’t been that interesting when I had a few minutes spare, but I finally managed an hour or so last week to get out and about. In this situation it would have been easy to slip off to my usual go to bay of Caswell. But wanting a change I visited Rotherslade, which I realised I hadn’t photographed?since I had started using?a digital camera?way back in 2004/05. 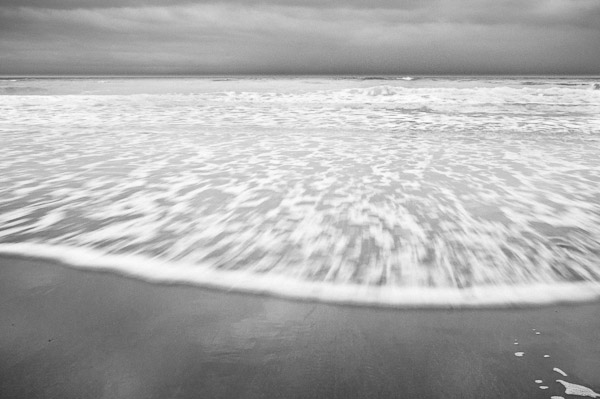 I knew setting off that I would be making the images in black and white due to the lack of directional light and low, grey cloud. Exposure would be relatively long with the low light levels, but as usual I wanted to avoid the really long exposures I’m not fond of. Luckily there seemed to be more light bouncing around than I originally thought, which meant that most of my exposures were about the? 1 second mark. At this shutter speed I find that there is still enough definition of details in the moving object, but enough blur to suggest movement.

I’m often asked on my courses the best technique to photograph waves. I confuse most clients with the reply – use your motor drive. Taking photos of wave motion, especially with longer exposures makes it difficult to previsualise the results, so it turns into a numbers game. The longer exposures allow you to come out of mirror lock up mode which I normally advocate using for slow shutter speeds between 1/15 and 1/2 a second. This then in turn allows the motor drive to be activated. I combine this with a cable release and blocking off of the viewfinder, to allow me to stand back and watch the waves and their approach. I may pick out markers in the foreground that I know the wave must reach before I fire the shutter to stop me ending up with too many files that I would just delete later.

I hadn’t seen the swirl of the wave motion in the picture above and only noticed it in a series of images on the computer. The image changed considerably within a few frames; too much white waves being too distracting, but no white detail proved too plain.

I know some people don’t like these type of images. They are fairly nondescript and don’t have any tell tale signs of the location making them anonymous and could be from anywhere. Not everybody has an iconic location on their doorstep and the challenge of making beautiful pictures in a location not so well known is far more interesting and less prone to cliche than the classic, iconic?view. Check out Joe Cornish and his photographs of Roseberry Topping close to his home.