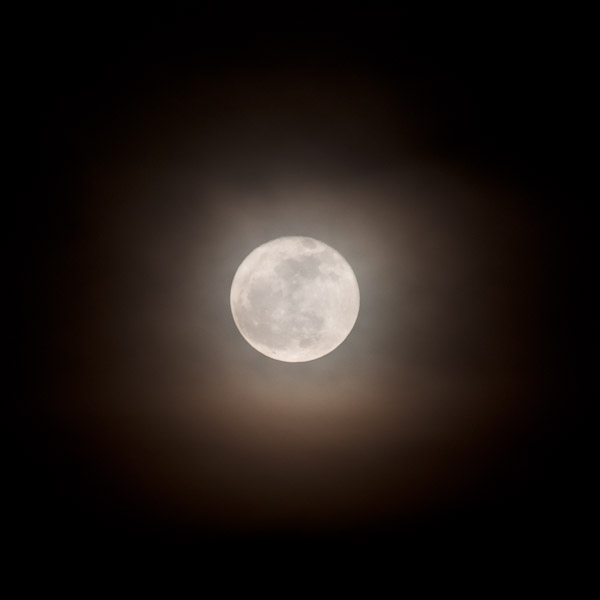 Always looking for a photographic challenge and a different way of doing things, I have been working on the principle of opposites to introduce? some variation in my pictures. This hasn’t always worked, but a few surprises have come up as well. Now when out making pictures, I ignore my fist reaction to the situation and do the complete opposite. For example, if my initial reaction was a telephoto image, then I switch to a wideangle lens to make the image. If I find myself heading to a favourite location, I pull off and go somewhere I haven’t been for a while. This has resulted in my productivity being less and more failures than normal, but it has proved to be worth while as a creative tool.

I had an idea the other day that most of my pictures were taken during the day. Quite logical really, considering us photographers need light, but then set myself the challenge to make a few images at night. This is not as easy as it sounds, as I have found out recently, due to the amount of light pollution caused by cities, town etc. This tends to produce an orange glow in the sky, which although not unattractive at times, can really ruin some images. There are a few locations around Gower that allow some night photography, luckily most of the southern coastline doesn’t have too much light pollution on the horizon making it suitable for light pollution free images. I was also trying to avoid doing star trail type images as this would be most peoples reaction as to what to attempt at night, plus avoid multiple exposures blended together. Talk about making it hard for myself. 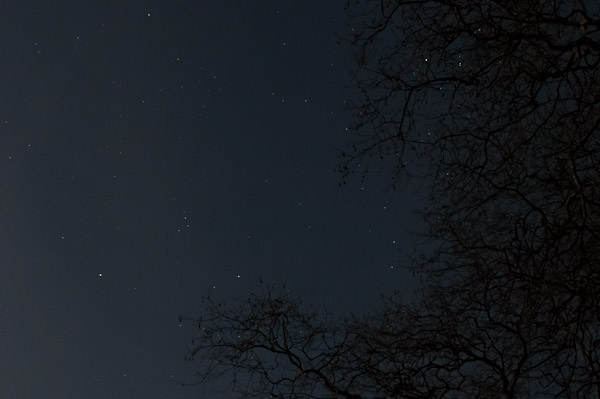 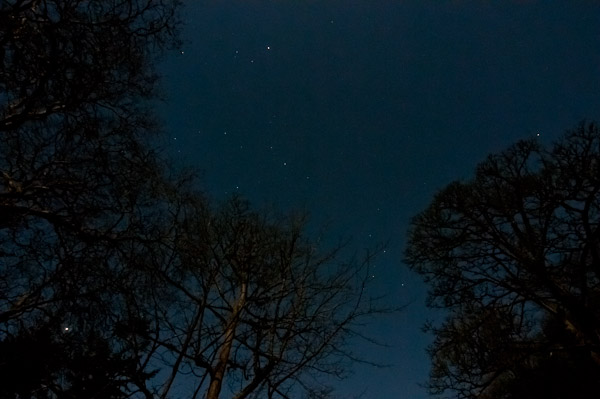 The first images above were made while I was looking for tawny owls in Millwood, Penrice. Luckily it was a night of a full moon, so lots of light (by night standards) was available made it a relatively easy exercise. A few trees to add a bit of interest, high ISO and cable release. Nothing too complex.

The image of Mumbles light House shows I was trying to run before I could walk. In my mind I had an image of a full moon and stars with Mumbles light house in silhouette and some moon light on the sea. I ended up in the wrong position, lost any trace of the stars and moon due to the lights of Swansea in the background, plus virtually no light on the sea. 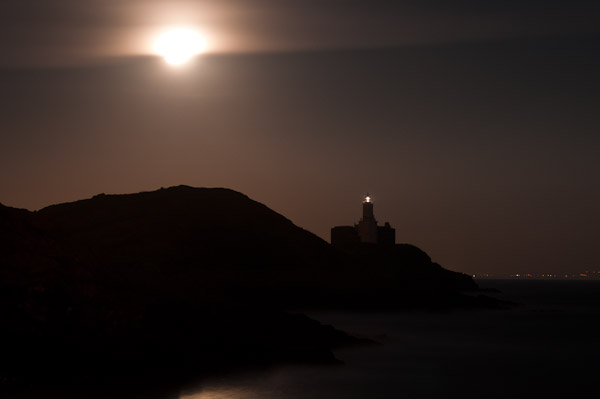 My next attempts were more fruitful. Instead of trying to avoid the light pollution, I embraced it at Whiteford as it produced some great colour variation in the sky behind the trees. A longer exposure allowed some stars to shine through as well. 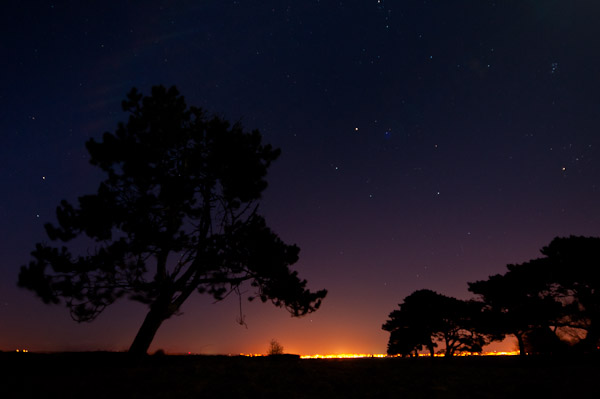 My last image was to try and get one of the classic landmarks of Gower at night. My attempt at Worm’s Head was defeated by cloud, but Three Cliffs Bay worked out well. It would have been nice to have a bit more light on the wet sand in the foreground, but I was absolutely frozen after a few hours and the bit of moon out hadn’t cleared the height of the headland on the Southgate side.

I think this is still a work in progress and has morphed into a whole new area for me. I hope to have a few more surprises later in the year to show what I have been doing with some of the images, but lets say it is going to take me a while to bring it all together. Keep any eye out later in the year. I may release a few tasters between now and then. 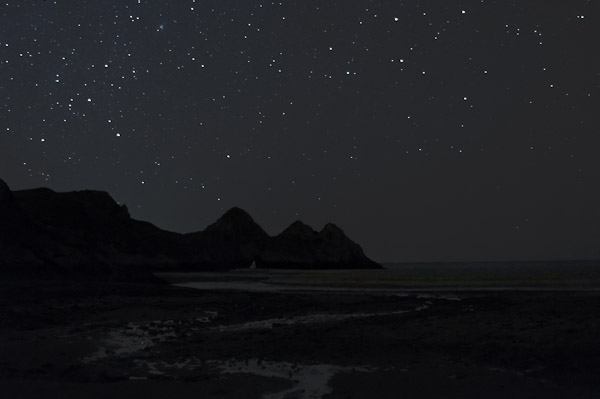