Love is in the air at a pond near you (well, if you are a toad). 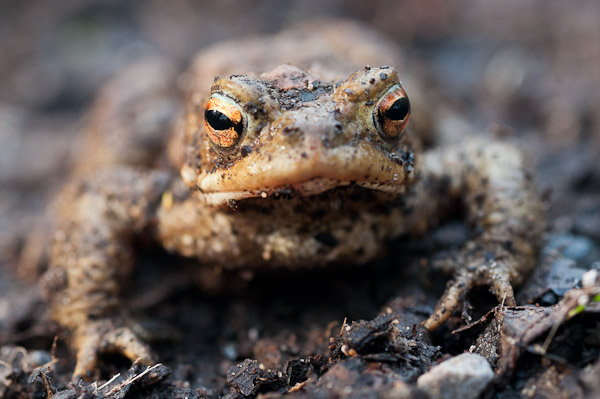 It’s that time of year when for 4 – 5 days Toads congregate to breed in a favoured breeding pond. These tend to be long established ponds or other bodies of water that are regularly present at this time of year. Frogs will quite happily use any old bit of available water to them, Toads are more traditional and use a regular pond. They are very approachable, as they are completely distracted by their urge to breed, so close up images are possible. Not all individuals will be tolerant of a lens larger than themselves coming in close, but some are quite taken with the idea and pose happily. 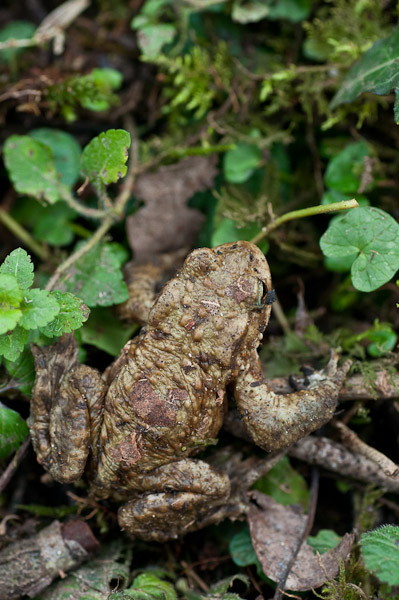 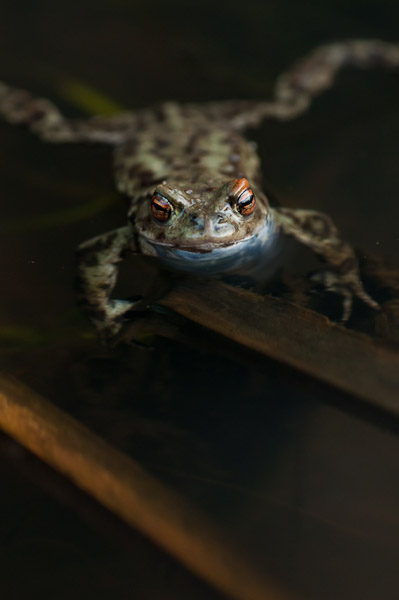 I know some photographers like to move their chosen subject to a more favourable photographic position to gett a better background, light etc. but being a bit of a purist on this I will only photograph where I find them. It makes it harder at times to get a decent image, but that’s the challenge of wildlife photography for me. 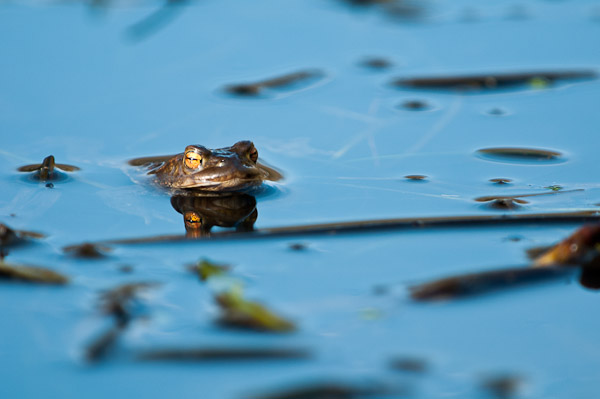 As it always seems to be with this type of thing, the females were out numbered by the males. Any available female was soon tracked down by a few males, with scuffles breaking out to make sure that only one of them?was able?to cling to the females back ready to fertilise her eggs when she released them into the water. It?was not guaranteed that once you were attached to your chosen female,? you would be there for the egg fertilisation, but it gave you a head start. Unsuccessful males were constantly hanging about, ready to take the place of another male at any time with a quick kick from the back legs to dislodge the incumbent male. 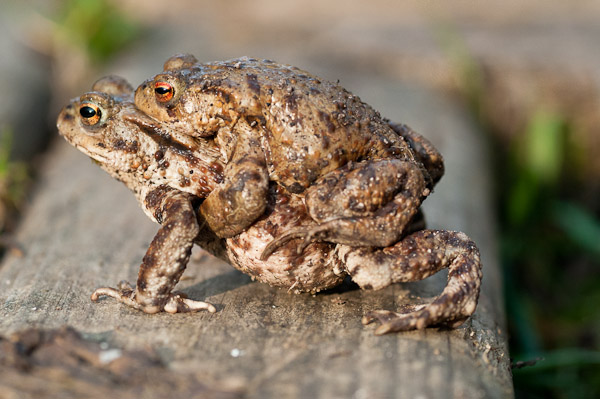 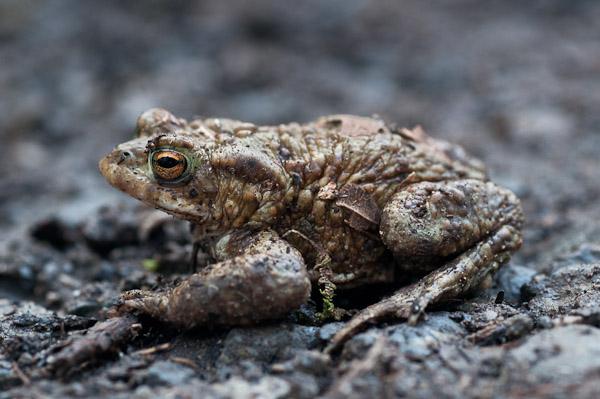 The males on the surface of the pond made a great chorus of croaking sounds, not to dissimilar to the continuous, quite quacks you get between mother and ducklings when heard at a distance. One toad made a squeal when it surfaced and saw me looking back at it, before diving back into the depths of the pond. I made a few attempts to record the chorus, but was either hampered by not having the correct gear when I needed it or the chorus was too indistinct from the singing of the surrounding birds and environment. A project for next year I think, plus as the breeding had calmed down with numbers dropping considerably on my last visit, I will have to put off a different photographic approach as well till then. Something to look forward to next February/March 2013. 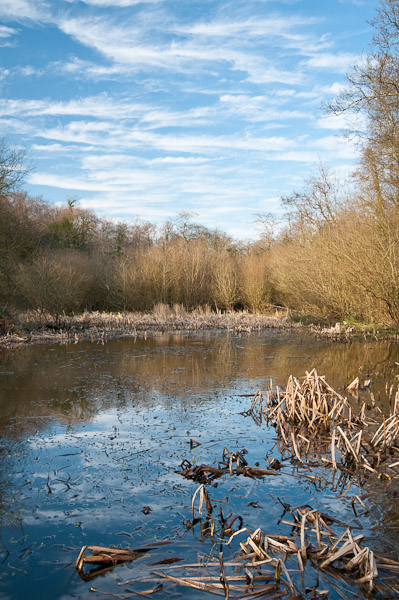 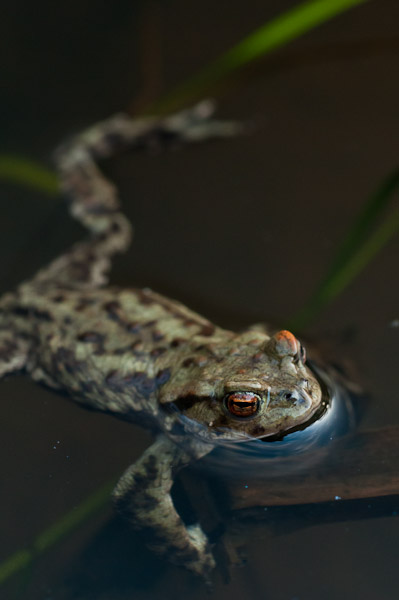