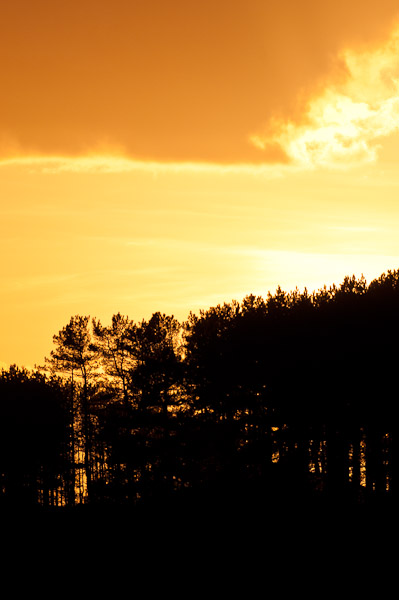 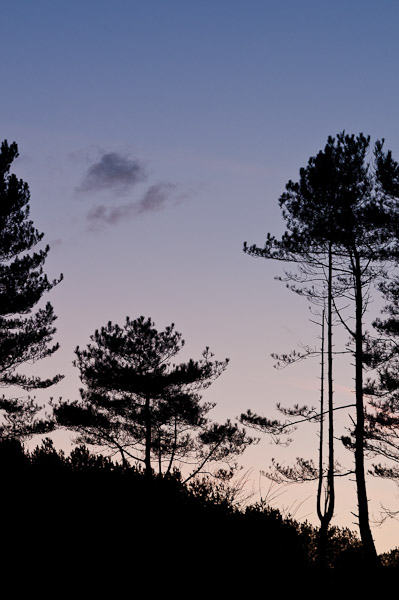 I always have a few side projects that I am running alongside other more immediate work. A longer term project with no particular timescale has been trying to make images dominated by one particular colour. I hope that eventually it will produce a varied and interesting collection. The two images above resulted from a visit to Whiteford Point to try and see the small flock of Eider duck that hang around the area each winter. I mainly had equipment for photographing the Eider; long lens and heavy tripod, but I have found the compact 28 – 300mm lens from Nikon really useful. It only takes up a relatively small space in the bag and covers a wide range with good optical quality.

In winter a clear sky always produces some great concentrated colour before and after sunset and proved ideal for my mono colour photographs project. I was tempted to try for a more conventional landscape image, but as mentioned in previous posts, I am trying to avoid repetition of images and will attempt something different to what I originally thought or visualised. They may not be as interesting as an individual image, but later as part of a collection of similar style images, I think they will work well. 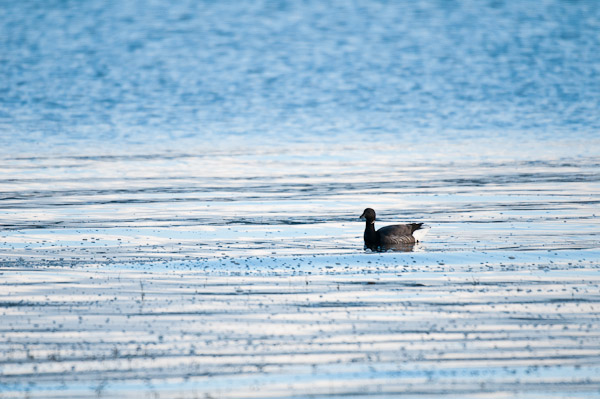 The flocks of dark bellied brent geese were still around the estuary side of the point, feeding on the shore line as the tide came in. I particularly liked the pattern on the surface of the water against the contrasting dark colours of the goose. The geese didn’t come much closer and after a few long shots, I waited to see if the Eider duck were around.

Eventually, after thinking that there were no Eider around, I managed to pick up the flock out in the estuary quite a long way out. They looked to be drifting away from my position, but slowly turned around a came back towards me over the next hour or so. Eventually them came relatively close, but not close enough for individual portrait images unfortunately. The male eider has fantastic plumage, so I would really like to get an individual image of one of them. 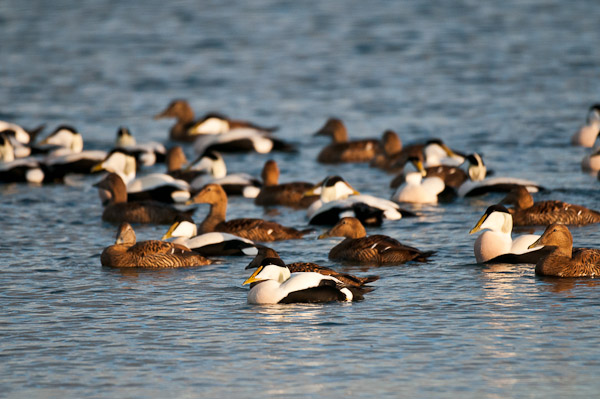