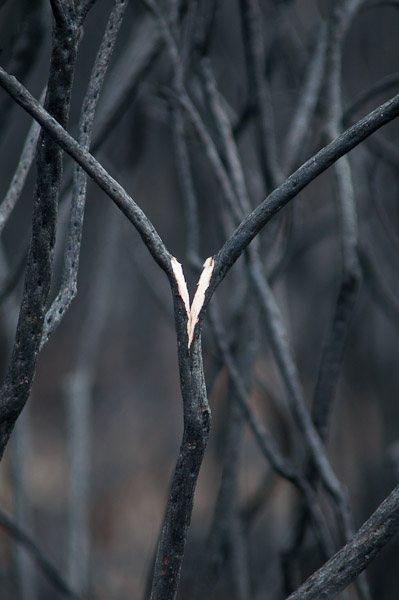 With Spring representing rebirth in lots of religions and Easter celebrating the death and rising of Jesus in Christianity, I thought it was quite timely that I came across one of the areas of controlled burning that is used to clear bracken and gorse on the Gower common areas. This ancient technique that has been used by indigenous peoples all across the world, native North American Indians and Aborigines amongst them, is a way of causing death and then rebirth but of the plants that are desired and not those that are required to be cleared. 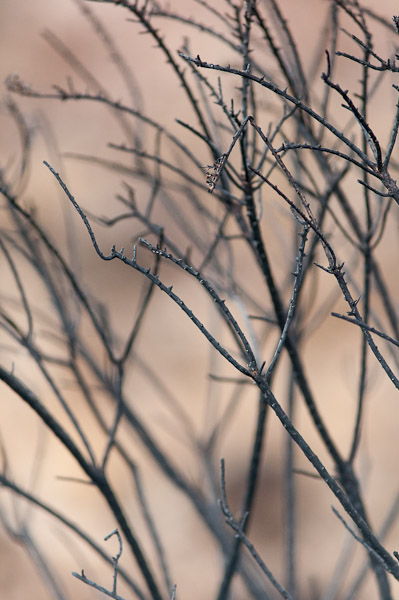 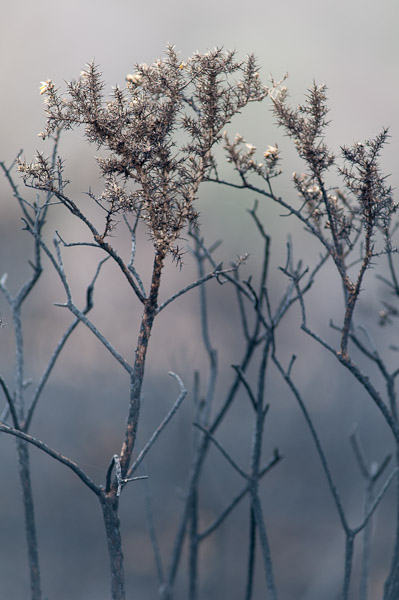 The challenge photographically was to try and find some order amongst what appears to be visual chaos at the start. The first image in the post was easy in a way. Once I had spotted the broken branches exposing the white inner wood and the broken heart appearance to it, it was relatively easy to produce a composition. The greater challenge was how to show other areas of the burn without such obvious help. It came down to lots of looking through the camera at different levels and angles to see if the layout of the shapes within the viewfinder appealed to me. Trying to simplify the composition as much as possible to remove as may distractions as possible was difficult with overlapping branches, so I resorted to a very shallow depth of field to narrow the area in focus. This was enhanced by using a telephoto lens and converters when required, to flatten the perspective and compress the items in the scene. 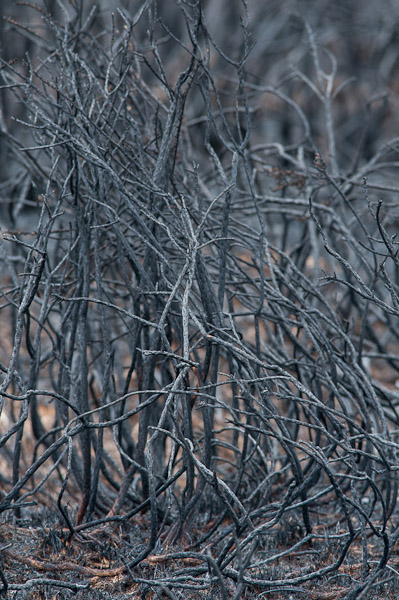 The shape of the branches caught my eye in the image above and with my high active imagination, I thought they mimicked the shape?of the flames from the fire that had swept through them.

I have covered the death part, next will be the rebirth in a few days or weeks when the new grass starts to come through the burnt areas.