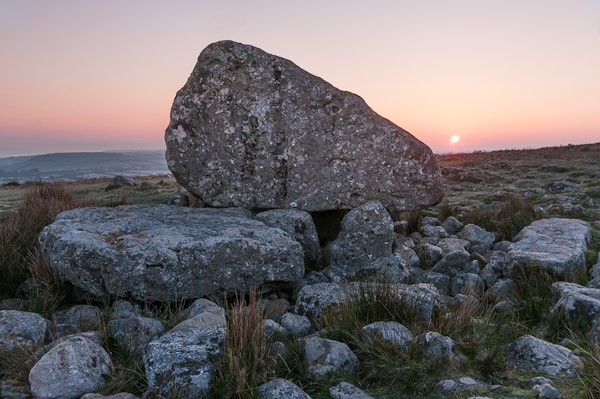 With the weather forecast for the Easter weekend being mainly cloudy and?with the only sun probably early Good Friday, I decided to set off for Cefn Bryn at sunrise. I had been thinking about a sunrise image of Arthur’s Stone for a while now that the rising sun position is now closer to the optimum position. In a few months it will be even better, as the angle to get both Arthur’s Stone and the rising sun at the moment is a bit to straight on to Arthur’s Stone. I like to photograph the stone at more of an angle so I can use the split side as a leading line. Getting in close with a wide angle lens avoids excessive sky and allows you to get the top of Arthur’s Stone way above the horizon. Because the stone is in a depression, it is hard not to get your horizon crossing the mid-line of your image, which makes quite a “static” feel to the image for the viewer.?If I went too low, I lost the rising sun, so after a bit of shuffling around, I found the horizon level above the best compromise. 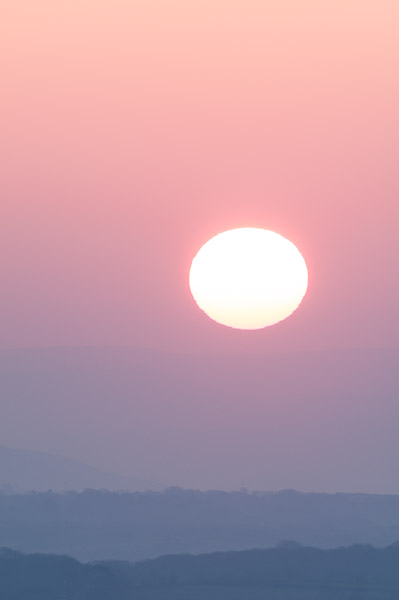 I had taken my 500mm lens with me as I was hoping to get some images of the skylarks that have returned to the common. Unfortunately I didn’t really get close enough for any images worth posting, but it did prove useful to compress the perspective of the sun rising with the layers of cloud and land in front of it coming out in different shades of grey. To get a good size orb of the sun or moon, I always find that I need lenses of 500mm and above. 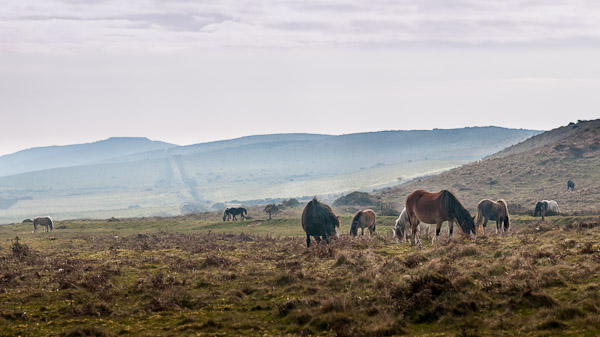 As the clouds rolled in, I walked back to my pick up, but the cloud pattern above the highest point of Cefn Bryn appeared quite attractive. Even though it was fairly bland overall and the light being quite flat, there was still a nice feel to the scene. I needed some foreground interest and luckily the ponies obliged and wandered into some nice positions. I knew at the time of making the image that a panoramic crop would help the composition. Too tight and the clouds would be lost; too little and the bright sky would dominate. I ended up with a 16:9 crop ratio which I think works well enough. This is one of the few images of mine that I found needed more than 2 minutes of processing in Lightroom. Normally I would have not bothered, but getting it to how it appeared to me needed a few extra tweaks than normal and seemed worth it.