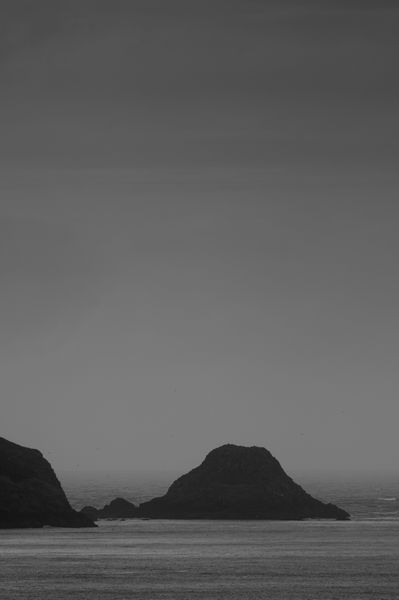 I travelled to?Pembrokeshire?a few days ago. Although the Gower Peninsula keeps me busy most of the time, I do like to wander further afield occasionally. This photograph is taken from Deer Park at Martins Haven which is the embarkation point for the boats to Skomer and Skokholm Islands. I haven’t been out to the Islands this year, and probably won’t make it for the Puffin breading season. I decided to go when the boats aren’t running to the Islands as I wanted to photograph the Chough and Stonechat that are seen at Deer Park (by the way there are no deer at deer park! Plus it is not really a park, just a coastal headland).

Typically the weather was great on my drive down to the area, even though the radio weather forecast was saying heavy showers were expected. On arrival at the National Trust car park the weather looked great, so off I went to scout around to take some scenic views initially. When I got to the Coastal Lookout station the weather changed rapidly with dark grey clouds sweeping in, the wind increasing and the rain starting to hammer down. Sheltering in the lee of the coastal lookout station I was relatively dry and protected, so I decided to try and make some photographs from that location. Unfortunately the cloud was very low and covering everything aroung so headlands were coming and going from my view. The image above is of one of the headlands of Skomer Island, and due to the grey conditions I knew that a black and white conversion was the only way to go with the image. I feel that it represents the grey light and conditions at the time, even though the sea looks fairly calm despite the rough weather conditions.

While hanging around for the rain to stop so I could escape my shelter and return to my car, I noticed a number of Gannets circling over the sea just off the coast scanning the sea for fish. With Grassholm (the third largest Gannet colony?in the world) not far away, and visible from the shore on a clear day, Deer Park is a good place to see them. At the same time Porpoise could be seen feeding on the fish as the Gannets circled above.

Thinking that the rain was not going to stop, I decided to return to my truck knowing that with only a waterproof jacket I was going to get soaked. Typically while I drip dried in my truck after, about 15 minutes after my return, the rain stopped and the clouds lifted! Although I was soaked I decided I wanted to attempt some shots of the Gannets, so off I set with my telephoto lens and just as I got into position the clouds rolled back in and the rain started again! This wasn’t going to be my day!