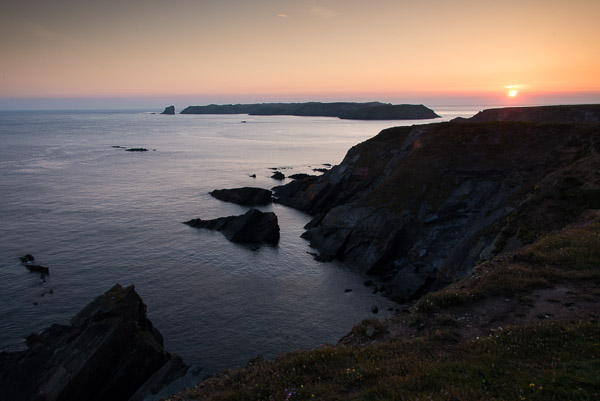 What a contrast to last year when it was touch and go whether we were going to get out on the island. Last year it was strong winds and grey weather, this year it was calm seas, blue skies and loads of other visitors. I would like to thank Sarah, Anne, Joanne, Martin, Malcolm and Jeff for joining me on the island.

As we catch the last sailing at 12:00pm, there is always a good opportunity to photograph the birds around the landing area on the island without having to worry about another boat of visitors arriving. Puffins, Guillemots and Razorbills were posing nicely as we photographed for about an hour. The only downside was having to walk up and down the steps a few times in the warm weather!

We left the landing area and headed up the main path to the farmhouse in the centre to the island hoping to see the Little and Short eared owls. Unfortunately we didn’t see at thing, so we settled down for our lunch in the farmhouse. On leaving we were told by two photographers that some owls were just outside? the farmhouse. We finally tracked them down to one of the field walls to the west of the farmhouse. Unfortunately they were a long way away and silhouetted against the sky. At least we saw them.

We left the owls alone and walked to the Wick through large swathes of red champion and blue bells spotting Whitethroat, Meadow pipits, Herring gull chicks and other gulls. We spent the rest of our visit photographing the Puffins at the Wick as the crowds of visitors and other photographers had lessened by then. 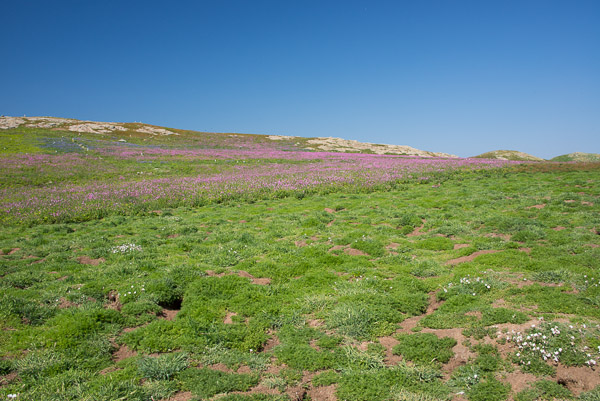 We were blessed with really pleasant weather for the visit, but photographing black and white birds in high contrast light conditions is tough. Often we tried to keep the sun coming from behind us to get flatter frontal lighting. This helped to reduce some of the contrast and helped to produce some good images. 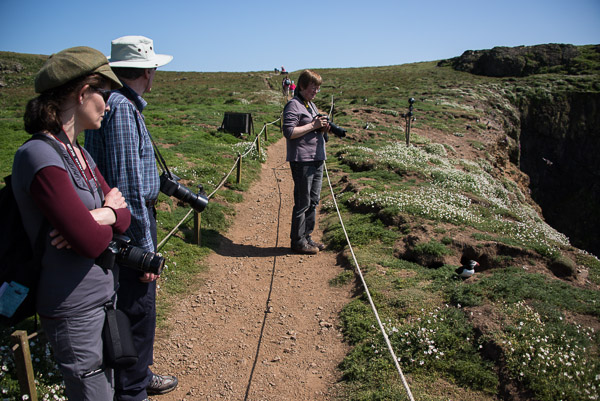