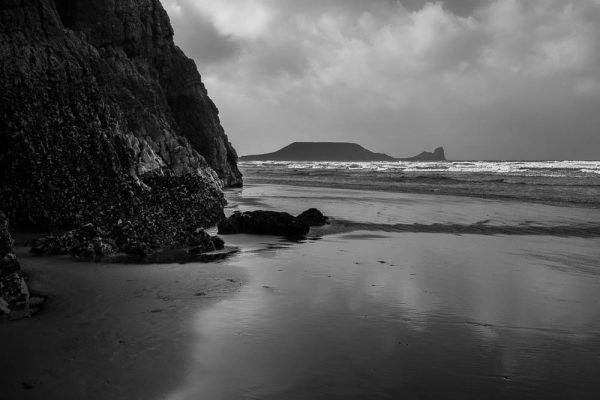 It was certainly interesting at Rhossili yesterday. The day started with strongish winds and rain after some quite nice light earlier on, so with a bit of scepticism Adrian, Tracie, Craig and Sue followed me down onto the beach to see what we could photograph and to get out of the wind slightly. Although extremely challenging, there was some excellent light and fantastic patterns on the beach. Dry sand was being blown up the beach at about a height of 1 foot above it creating a stunning visual effect. I must praise Adrian, Tracie, Craig and Sue for taking the conditions head on and aiming to get the images they wanted without worrying about their expensive cameras and equipment. So far all the equipment seems to have survived. 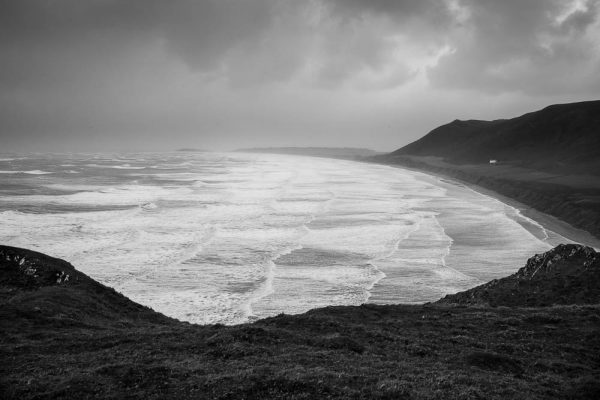 The weather changed quite rapidly as you would expect with strong winds, but fortunately it also kept the rain at bay most of the time. After spending some time using the cliffs a shelter we moved off the beach to find that the wind had really increased in force, so we retreated to the Bistro for some welcome rest, food and drink plus a chat about all things photographic. Before entering the Bistro, the weather had cleared up with some blue sky and broken clouds so we were hoping for a windy but colourful sunset. Unfortunately the weather had other ideas and the grey clouds had rolled in and the light had gone quite flat as well. More worryingly the force of the wind had increased again and it was getting harder to walk and stay upright. 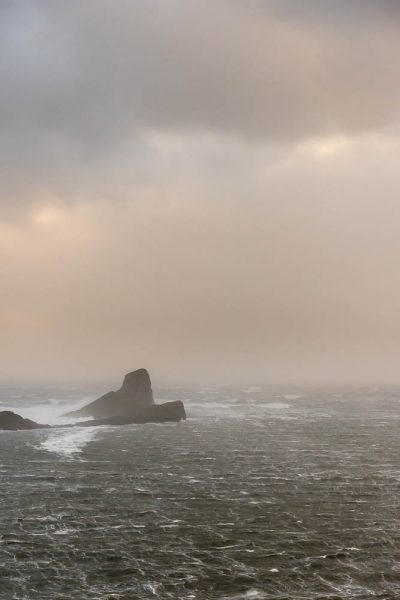 There were some occasional breaks in the cloud and some hint of colour, so we all agreed to try and photograph the waves breaking against the side of Worm’s Head and occasionally being blown over it. Although I am known for my love of using the tripod, it wasn’t going to be practical, so we decided to rely on one lens, handholding and lens stabilisation to help us out in the face of adversity. 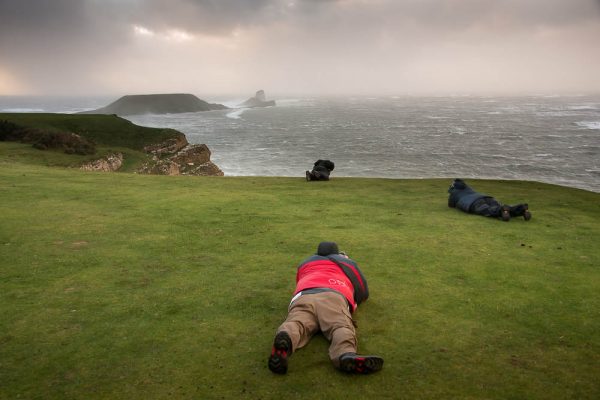 When asked what time the day courses finish, I often joke it is when the last participant falls over from exhaustion. Yesterday lying close to the ground proved to be the best position to stay in, providing the most stability for the camera. It was a challenging day, but I think it showed that if you are willing to push yourself out of your photographic comfort zone some interesting, if not perfect images can result.