Thoughts on the Nikon D300s 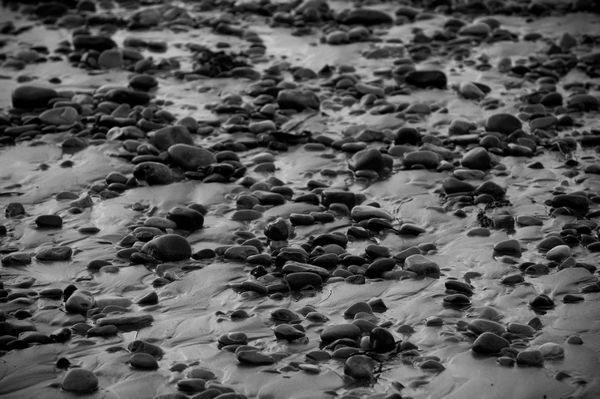 Another pebble shot from the archive as I am still waiting for Adobe Lightroom to be updated to accept D300s RAW files. Yesterday all these pebbles were pretty much hidden by all the sea weed that had been washed up on the beach. I was on the beach testing my new Nikon D300s camera. I love having the ability of setting up for a stills photograph and then being able to take some video footage as well. I have noticed that there seems to be a slight difference in framing when switching to the live view function ready to start the video. Also when the video is activated the Live view screen is cropped slightly. I have now marked this crop on my LCD cover so it is easier to quickly frame for video. The built in electronic ‘bubble’ level on the LCD is a great help, and it would be great if this could be overlayed on the live view image as well to allow framing and levelling at the same time. I still have a bubble level in the hotshoe as well to get me started.

The autofocus in the video mode is pretty useless, as I expected this to be, so I use manual focus most of the time. This means that you have to be able to see the LCD screen at all times, plus use it for focusing which is proving difficult without a screen shade. There are two ready made products that help with this: the Zacuto Z finder and the Hoodman Hoodloupe 3.0. Of the two the Zacuto is more advanced, but is more expensive. I am going to try a Hoodman first after seeing one that Trevor, one of my Day course participants had. It looks as it will work well enough for what I need. If I get into more handheld style video then I think the Zacuto Z finder will be better.

I hope that Nikon provide a firmware update that allows full manual control of the video similar to the one for the Canon 5d mk 2, as I have noticed exposure changes during the video which appears a a slight flicker in the image. At the moment only the aperture can be set manually, with the shutter speed and ISO being altered automatically by the camera. This can cause some continuity problems with the appearance of the video if shots are taken at different times, in different lighting conditions.

The dual card slot for one compact flsah card and one SD card is great, but I prefer the door control?of my older Nikon D300 than that of the D300s which is the same as the D700. It is just abit more fiddly and not as easy to open and close one handed which I could do before, with or without gloves.

I’m sure that more details will come to light as I get more familiar with the camera and I will post them as and when I can.