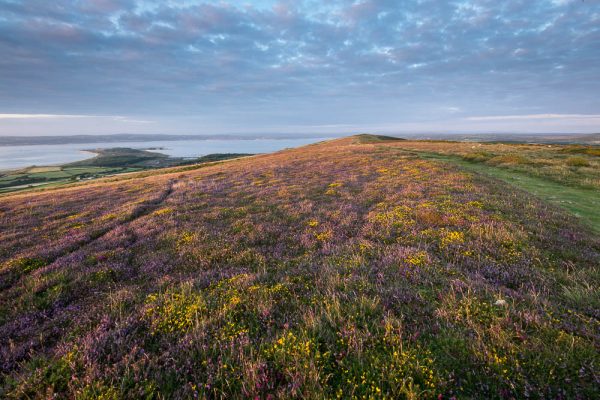 August brings the heather into flower on most of the grazed common land on Gower and at the moment it is at it’s peak. Walk around Rhossili Downs, Clyne common and other areas?to see patches of lilac, purple and white heather mixed amongst the normal grasses and flowers. Llanmadoc Hill has quite large patches at the moment making it look quite colourful and different from the usual yellow/brown/green hues throughout the rest of the year. 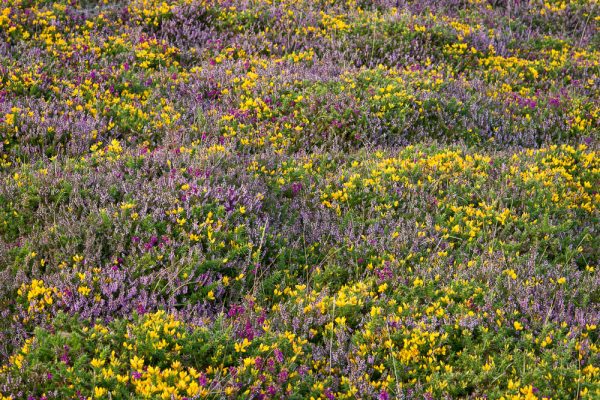 I originally went up the hill to get some views of the sunset out to sea and possibly of Worm’s Head, but the heather was much more interesting. I still made a few other images and noticed the high tide?around Whiteford National Nature Reserve.?From my position it was only really worth doing a wider view of the estuary, so I knocked out the panoramic below to emphasis the long stretch of the Loughor Estuary. The sky wasn’t that interesting, so I excluded most of it.

I couldn’t resist making the final image of Worm’s Head. A very minimalist framing and composition. Ideally I would like more space at the bottom of the frame to lift Worm’s Head higher into the image. Unfortunately the beach and Hillend Campsite get in the way. Any way I’m sure the composition will annoy the purists out there! 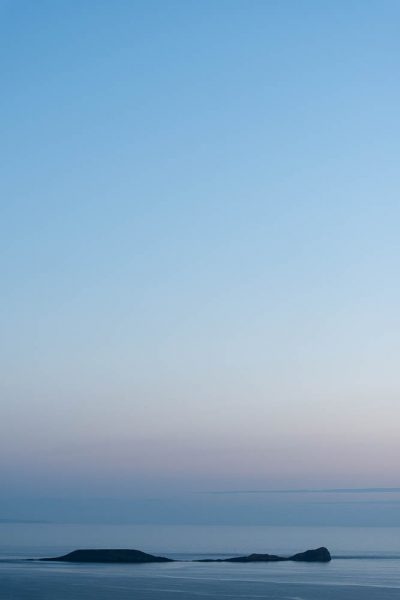